I had to go to Fort Worth this morning to pick up a new book for Nicholas' science curriculum. On the way back, Nicholas got excited as he watched a little bi-plane fly right over us. I love turning everyday moments into an educational experience so I decided to surprise him.

I knew where that plane was going so I made a quick right turn onto a long empty driveway and kept driving. Nicholas seemed concerned and said, "Umm, where are we going?"

The next thing he knew, he was up close and personal with lots of planes as we drove right past the main runway at Northwest Regional Airport, a hidden jewel of an airport off 1171 in Roanoke, Texas. 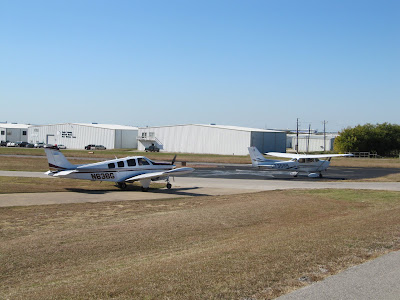 This airport is the largest privately-owned airport in the United States and home to more than 550 aircraft. It made for a great place to have an impromtu up-close educational experience with planes and pilots. And my boy does love all things that fly so I knew he'd have fun.

I pulled into a parking spot at The Blue Hangar Cafe where we got out and just sat on the ground watching the planes take off and land and enjoying the beautiful day that God made. 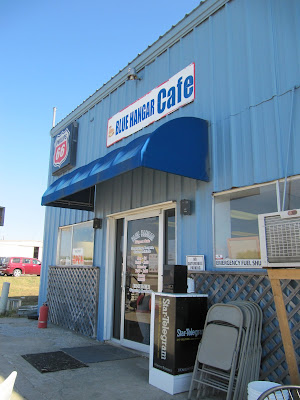 The kids had a fantastic time. Nicholas had actually been to this airport with me one time in the past but he loved doing this again. But this was a new experience for Rachel. I thought she would be afraid of the loud noise of the planes because they were so close to us but she was actually quite interested in watching them roll past us on their way to take-off. 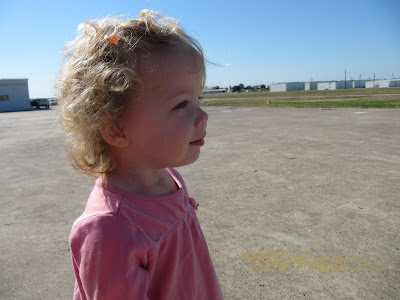 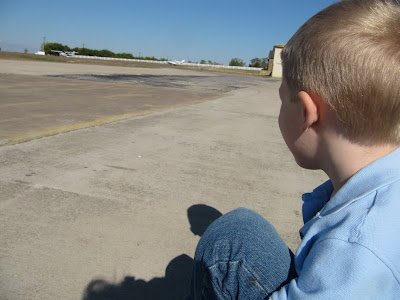 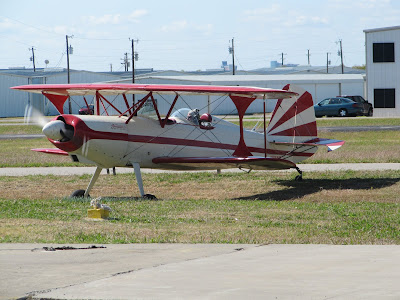 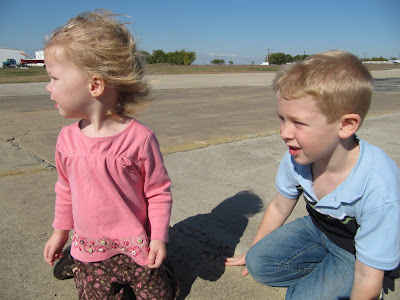 A plane drove right up to where we were and parked. The pilot got out and started filling the plane up from the gas tank that was next to the Cafe.

Nicholas started talking to the pilot and we learned that his plane was from a kit that he put together himself in his garage at home. It took him about 2000 hours total to put it together and most of the work was done by working on it for 30 minutes every night after work. That was his form of relaxation in lieu of television. I was going to take a picture of the kids in front of the plane but he offered to take the picture for us. 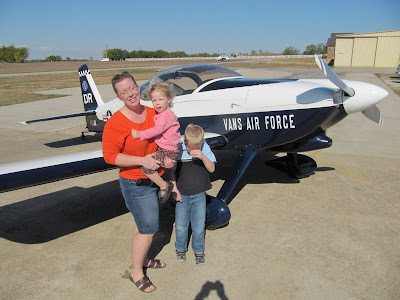 Whoops! Sun was in the boy's eyes for that shot! I really prefer to take my own pictures so I can keep a better eye out for things like that. Oh well.

Nicholas was excited that he had gotten to talk with a real pilot who he now called, "our friend". He waved at our friend as he took off down the runway. 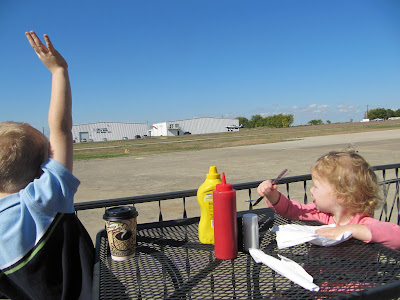 By now we had grabbed a seat at one of the outdoor tables at the Cafe so we decided to stay a while longer and order lunch. It was just a beautiful day and we were all having so much fun. Nicholas said that he liked having lunch along side a runway more than lunch in his old cafeteria. We do love the benefits and flexibility that homeschooling allows! 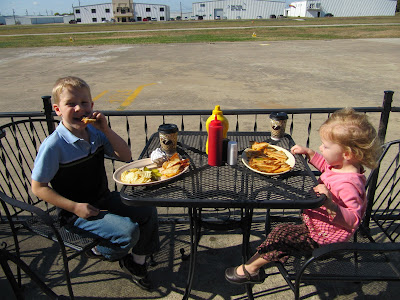 at November 11, 2010
Email ThisBlogThis!Share to TwitterShare to FacebookShare to Pinterest