A Green Hour with Rachel

Scientific research shows kids are happier and healthier and more focused when they spend regular time outdoors. In our house, we strive to spend at least one hour outside every day for some unstructured play and interaction with the beautiful natural world that God created. This outdoor time can be anything - a walk around the neighborhood, playing at a park, building castles in the sandbox, planting a garden, listening to bird songs, watching clouds and guessing what animal they look like, or just being kids and running around in open spaces. Check out www.greenhour.org for some more great ideas for spending time outdoors with your kids.

Recently Rachel and I got to spend some one on one time outside while Stuart and Nicholas were working on a project. She loves to run around the backyard and climb and slide. But unlike Nicholas at this age, she does not like to get dirty. Eventually she will whine, "My hands are all dirty." and not want to continue anything until she gets cleaned up. It makes it hard to get her to have fun digging in the dirt!

But I keep trying and when it doesn't work we just move on to other things that aren't quite so messy for her.

She had fun picking some late season bell peppers. Of course, she took a bite out of the first one right away and decided that bell peppers weren't her favorite choice for an afternoon snack. 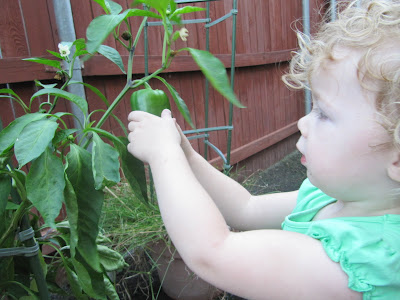 We played in the sandbox for a little while. 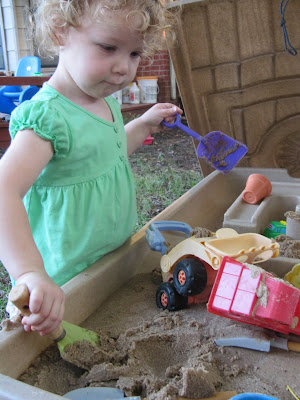 Daddy and Nicholas found a grasshopper so we went over to check it out. 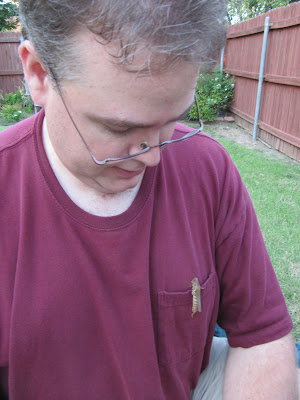 Rachel smiled and put out her hands for the grasshopper to come to her. She was so cute and excited about it. 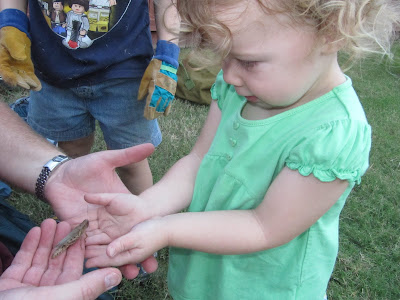 But then the little guy crawled on her hand and she got scared. She jerked her hands back and started crying. Poor thing! 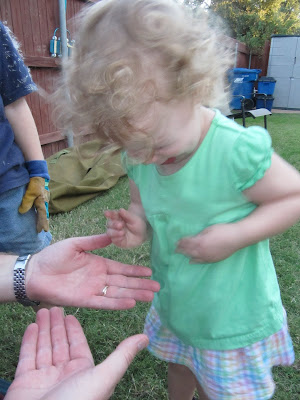 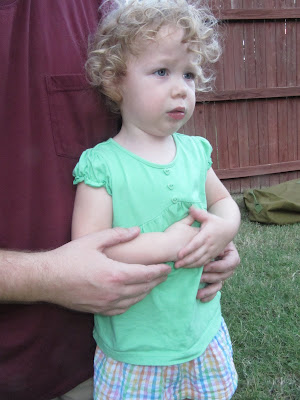 at November 04, 2010
Email ThisBlogThis!Share to TwitterShare to FacebookShare to Pinterest