Instead, I decided to use Ivory soap for our medium. It is softer than firm butter so you can easily cut through it with a plastic knife or appetizer spreader so it is safe for Nicholas to use without cutting himself. 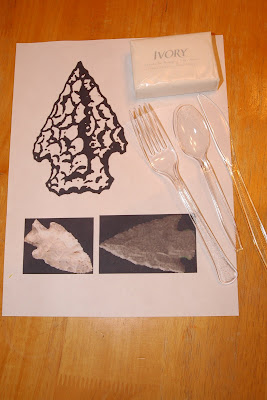 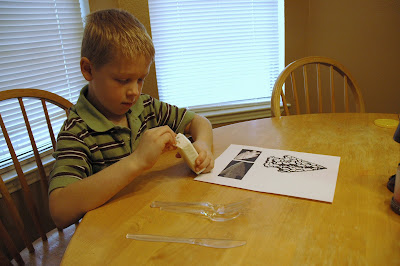 You can start your carving by drawing a design on the soap with a marker or just scratching into the surface with your knife. Then you just start cutting. It is amazingly easy to cut into Ivory soap. Other soaps won't work as well because they are too firm. Once you cut the rough shape of your design, then you can use a plastic spoon or fork or some plastic pumpkin carving tools to smooth out, round out, or make further details on your creation. 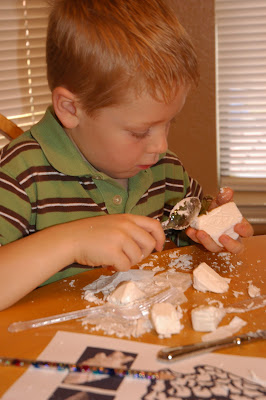 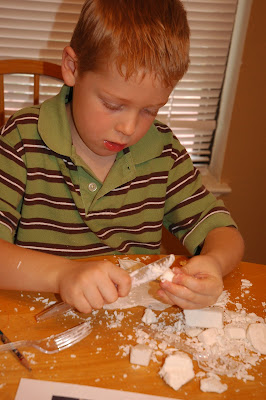 Nicholas is very proud of his hand carved arrowhead. He said he enjoys carving and wishes Mommy had bought more Ivory soap so we could do some more carving today. 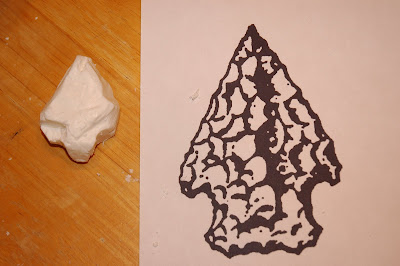 Mommy had fun making arrowheads too. The soap is very soft though and the bottom of my large arrowhead broke as I was doing detail work on it. Like Nicholas, I wish I had bought more Ivory soap too. I'm feeling ambitious and want to carve a little turkey out of soap! 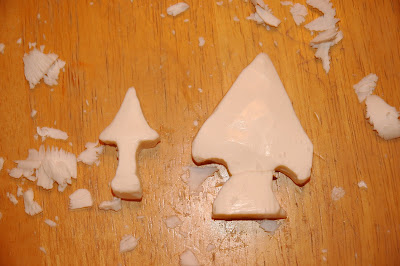 Soap carving with Ivory soap is incredibly easy and kids can do it! We had soap shavings all over the table though so be prepared for a little clean up afterwards. But it's soap so we have a very clean table now!
at November 21, 2010
Email ThisBlogThis!Share to TwitterShare to FacebookShare to Pinterest