When Teething Pain Strikes...Just Have Fun!

Rachel has her first tooth starting to pop out of her bottom gum. Poor little girl is fussy and whiny even after I gave her some Tylenol. So what's a mom to do? Take the little one outside and get her mind off of her pain. Nicholas was more than happy to join us. We played Three Musketeers in the fort, fighting the forces of evil. We played in the grass, blew bubbles, and built towers and race tracks in the sand box.

I'm used to Nicholas being a muddy mess after outdoor play but this was the first time I had let my little princess get all dirty. I loved it and I think she did too! There was NO fussing and whining while playing in the dirt :) 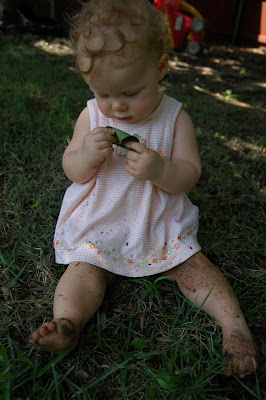 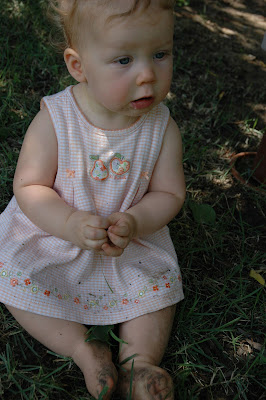 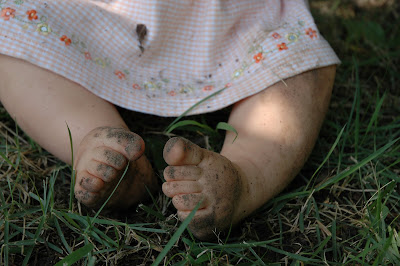 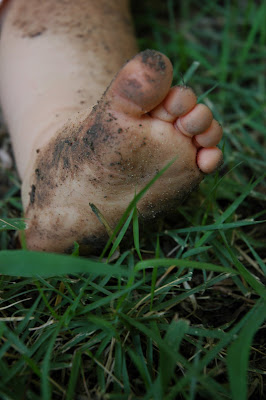 Nicholas enjoyed collecting buds and leaves off the Bradford Pear tree. He has always loved collecting the little buds and today he pretended that they were stink bombs! 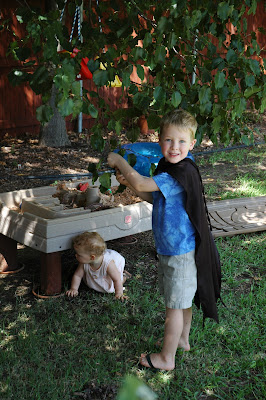 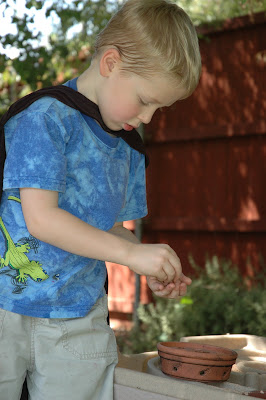 After our play in the dirt, it was time to get cleaned up. I hosed us off but we were still super hot so we decided to cool off in the pool.

Rachel still loves her little inflatable boat. But she loves to splash in the water even more and she tries to lean over the side of the boat to get to the water. So I have to really hold the boat upright or she will turn it over and fall out. 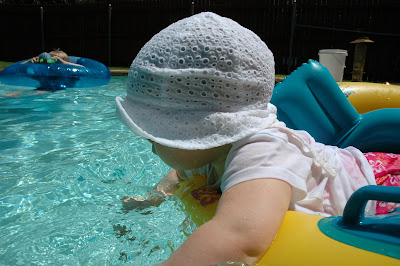 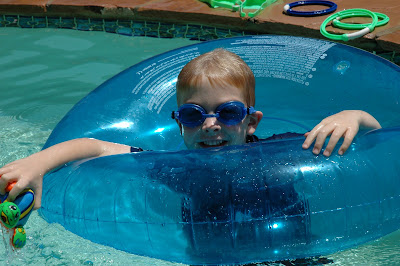 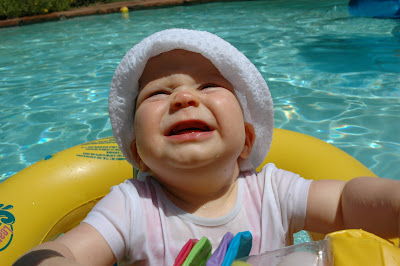 Rachel started getting a little fussy again so we headed back inside for lunch. Rachel loves bananas. But she also loves to smear them all over her high chair tray! The little cut up pieces stick to her face, shoulder, back of her hand, lap, etc. It's quite messy to clean up but she has a good time. 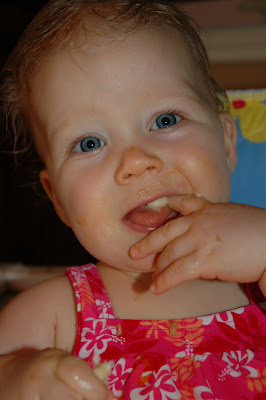 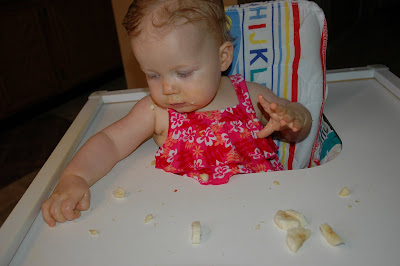 Everyone got cleaned up and Rachel went down for her nap. Nicholas and I decided to play Chutes and Ladders. We haven't played this game in a while. It's never been a very successful game because Nicholas never wanted to follow the directions. He just made up his own rules and I never could figure them out! But today we actually had fun playing it together. He understood the rules and followed them perfectly. He even won the game, fair and square! 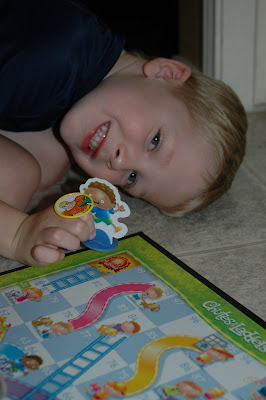 What a fun day it's been. We've had a very busy summer with scheduled activities like summer camps, swim lessons, or playdates of some kind almost every day so far. It is nice to have quiet days at home to just do whatever we want to do. And little Rachel was able to forget all about that mean ol' tooth that's causing her so much pain.
at August 03, 2009
Email ThisBlogThis!Share to TwitterShare to FacebookShare to Pinterest