Every year at this time the Grapevine Vintage Railroad turns into the North Pole Express (not to be confused with another well-known train that comes out at Christmas, refers to the northern pole, and is also an express train). Today we all took a ride on it with some of our friends from the Early Childhood PTA.

We all started out in a big tent at the train depot just singing some songs. All of the children were invited up to the stage to sing and Nicholas did a great job. Next we walked out of the tent to board the train and guess what! It was snowing! Well, Nicholas was quick to point out to us that it wasn't really snow, just bubbles made to look like snow. They did fall and drift just like snow but alas, snow doesn't fall in 50 degress temperatures so I guess the little guy was right. 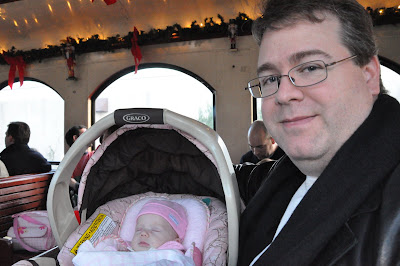 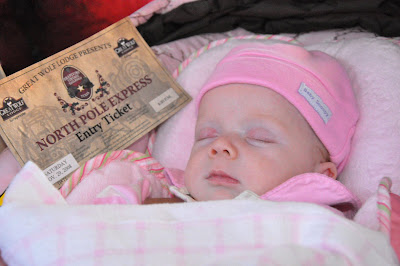 On the train, we heard a reading of "Twas The Night Before Christmast" and sang more songs. The lady in the front of the car who was running the show was fine but you could tell that she had been doing a lot of these train rides because her spirit just wasn't into it. Stuart commented that our train car must have gotten the surly elf! It was all fun though. We even got an appearance from Santa Claus! Well, I called it an appearance. It was more like a red blur as he ran down the center aisle of the car. Oh well, so there is some room for improvement in the show for next year. The train ride was fun, especially with our friends along for the ride! 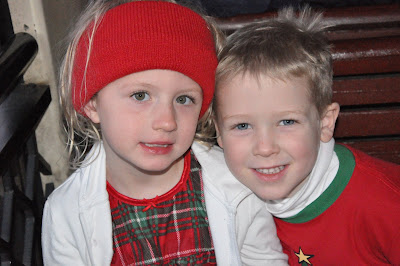 We even made some new friends with another couple who brought their four year old little boy on the train. Afterwards, we headed home and warmed up with some hot chocolate and cookies.
at November 30, 2008
Email ThisBlogThis!Share to TwitterShare to FacebookShare to Pinterest