Dinosaurs at the Heard!

Nicholas has been asking to go back to the Heard Museum. He mentioned wanting to see the giant dinosaurs. I told him that those are a special exhibit and they are only out at certain times of the year. Well, he lucked out because the "Dinosaurs Alive" exhibit happens to be open now. We decided to make a day trip of it and spend some time in Plano too taking pictures of fall foliage. Nicholas decided to bring along his camera too so he could take pictures of the dinosaurs.

As we were driving around Plano looking for colorful fall leaves, Nicholas shouted, "Stop! Right here! I want to take a picture of that tree right there!" Well, ok then. So we stopped and Nicholas took a few pictures of a particular tree then he collected some colorful leaves from the ground to keep. 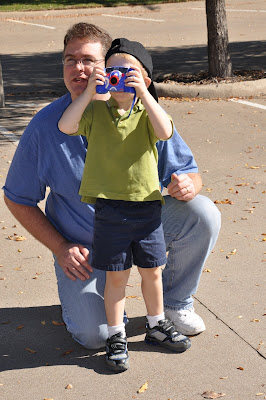 After our foliage hunt we headed to McKinney to see some dinosaurs. Last year when we came to the exhibit, Nicholas was a little scared of some of the dinosaurs because they move and roar and grunt. However, this year he was a big boy and as cool as a cucumber. He remembered details about some of the dinosaurs and even remembered where along the trail the T-Rex was located last year. 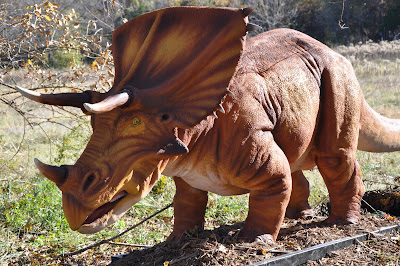 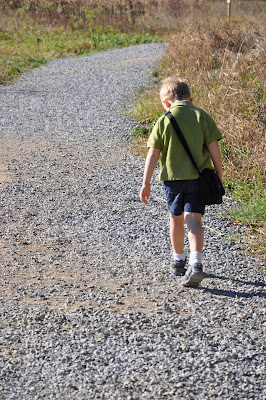 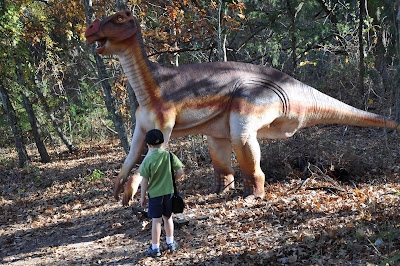 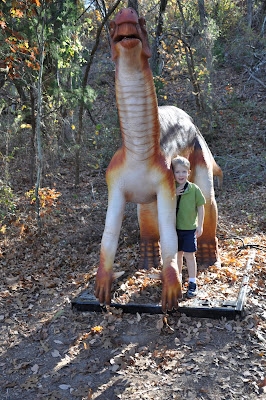 His favorite dinosaur was the one that spits water out of his mouth. He made sure he got wet! Next was T-Rex. Nicholas pulled his camera out for that one. 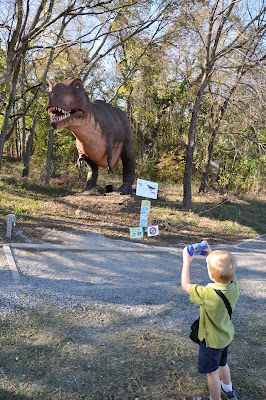 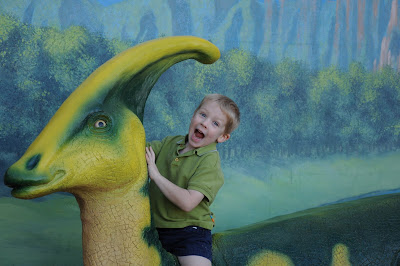 Once we finished the dinosaur trail, we had our picnic lunch outside under a tree. It was neat to watch Rachel in her stroller. She was looking up above her and was fascinated with the movement of the red and orange leaves in the wind.

After lunch we toured the conservation exhibit to see some neat animals and we spent some time at the regular indoor exhibits. It was a long day but as always it made for a nice family outing.
at November 08, 2008
Email ThisBlogThis!Share to TwitterShare to FacebookShare to Pinterest