Nicholas was washing his hands at the kitchen sink and decided to play with the bubbly water that ended up in a bowl that was in the sink. He added more soap to make it more bubbly. He told Daddy that he was making soup for lunch for him. He used a spoon to stir it up. He especially loved using the spray attachment to add more water to his soup. He found a packet of soy sauce and a packet of duck sauce left over from some Chinese food take out and added them to his soup. I let him finish off a bottle of red food coloring which only had a few drops left in it.

Nicholas just loves mixing up random things like this to make these weird concoctions! I've got to admit, it's a little fun helping him find unusual ingredients to add to it. 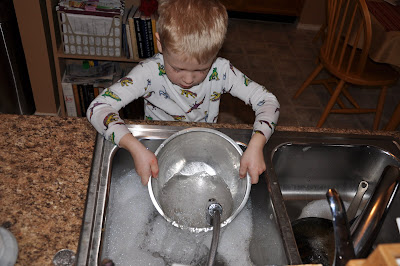 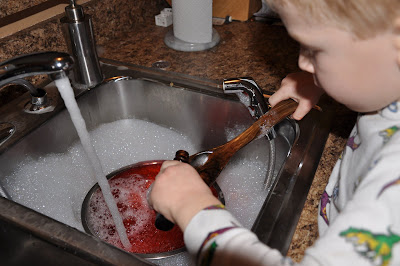 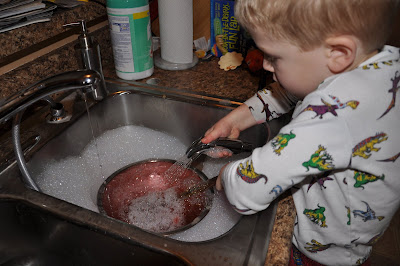 at November 23, 2008
Email ThisBlogThis!Share to TwitterShare to FacebookShare to Pinterest