We have worked on making swaps for camp every morning this week. Each day Nicholas swaps these with other boys and comes home with new toys and candy. This is such a fun part of the day for him and the swap activity makes it easier for the boys to talk to each other and make new friends with other scouts they don't know. Each morning, the boys in our pack compare swaps before they even get out to camp. 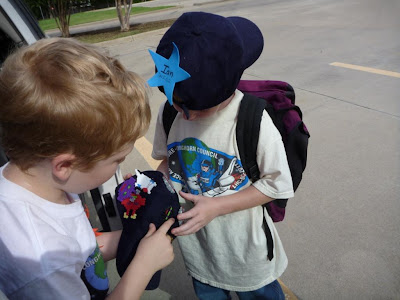 Here he's wearing his cub scout cap with his big alien head swaps on them. He said alien swaps were cooler than the space shuttle swaps we started with earlier in the week. 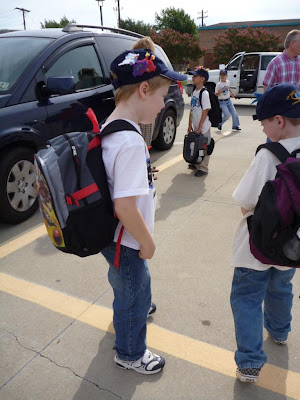 My baby boy is growing up so fast. He has been gone all week doing all kinds of cool things with his pack. I know he will have a blast someday when he goes to an overnight camp. But I don't think Mommy is quite ready for that milestone just yet. 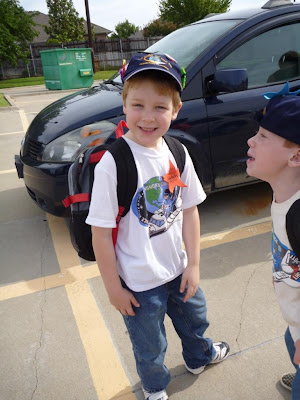 Nicholas has had so much fun at Cub Scout camp. Nicholas came home the other day with second hat. It has a cup on it and they played a game where they tried to catch ping pong balls in their hat! He loved it! 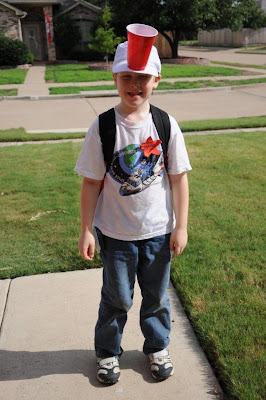 at June 24, 2011
Email ThisBlogThis!Share to TwitterShare to FacebookShare to Pinterest