We left Fritz Park and continued our adventures in Las Colinas with a ride on the monorail...or the Las Colinas Area Personal Transit system, as it is technically called. 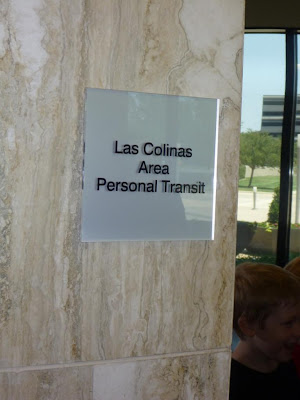 The monorail operates Monday through Friday from 10:30 a.m. to 2 p.m. There are two cars that operate between four stations in Las Colinas. 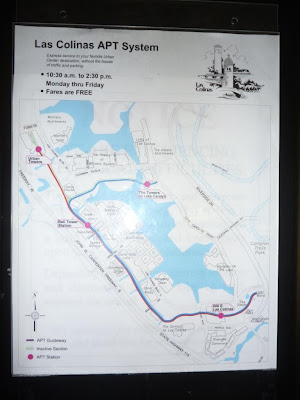 We parked at one of the office buildings that has a monorail station in it. When you arrive at the station, be sure to press the button to let the driver know that you need a lift. 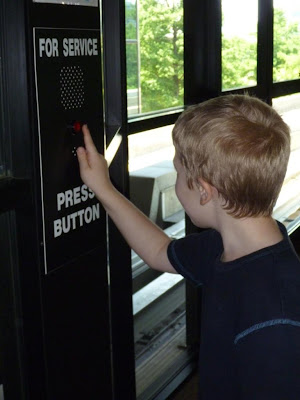 The monorail is manually driven so there was a driver in our car but no one else. The ride was zippy and fun but way too short. I think the boys could have gone for another trip around. 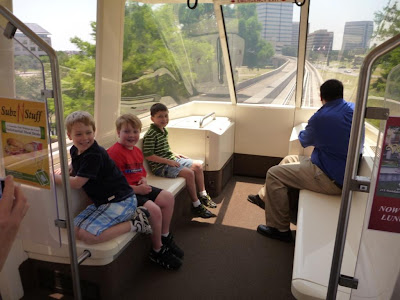 Here's the view from the front window. 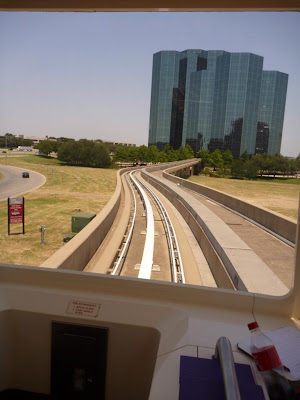 Rachel sat on my lap the whole time. At first she seemed a little uneasy but by the end she was smiling and having fun. 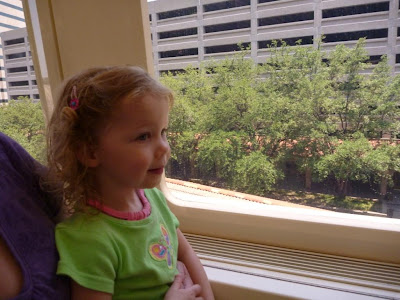 Once we arrived at our stop, we got off the monorail and followed the stairwells down. We were right on the canals of Las Colinas. 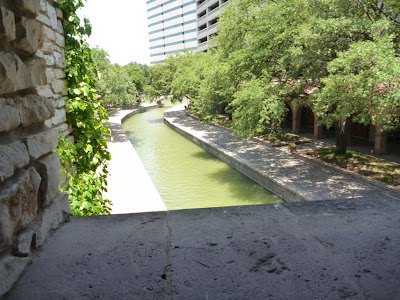 Las Colinas is a neat little development within the city of Irving and the canals are one of their most unique features. There are shops, restaurants, businesses and apartments all along the canals. The kids had fun just walking around checking it all out. 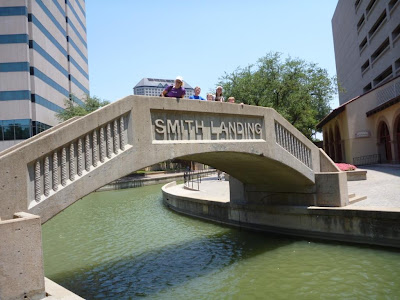 We were hot, tired, and hungry by now so we were happy to find Subz N Stuff. 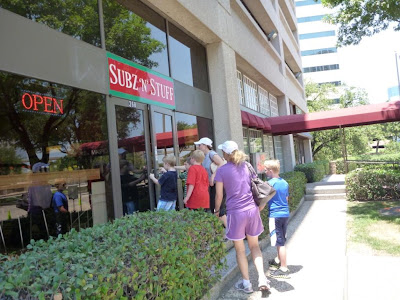 The owners work behind the counter and they are so friendly that you can't help but feel welcomed. Their subs are really fantastic. Nicholas said it was the best sandwich he's ever had. You can really taste the freshness in the meats, cheese and bread. And there is a lot of meat and cheese. I ordered The Cowboy sub which comes with provolone cheese, ham, pastrami, cotto salami, bologna, and pepperoni. As you can see I had to squish the sandwich a little just to be able to hold it. 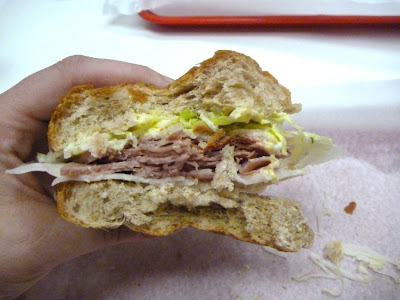 Feeling refreshed, we headed out on another adventure to see the Mustangs of Las Colinas at Williams Sqaure located at 5205 N. O'Connor Drive in Irving. 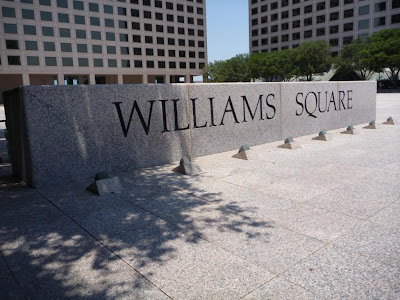 The Mustangs are a collection of bronze sculptures of nine wild mustangs running across a stream. It has been recognized as the largest equestrian scuplture in the world. 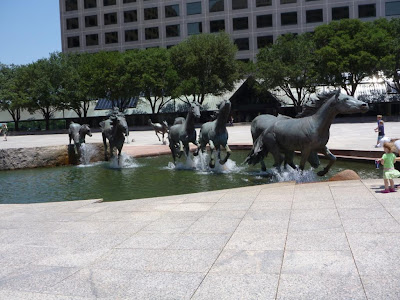 They are truly a beautiful and amazing sight. 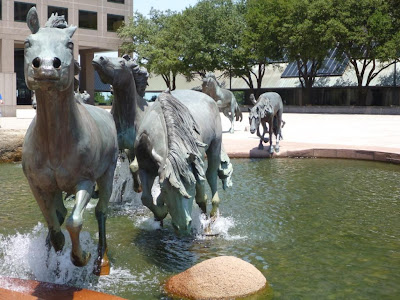 I love my friends. While I'm taking pictures of the mustangs, Mrs. Heather was spending time with Rachel and letting her play with the water spray from the horses. Can you see why Rachel loves Mrs. Heather? 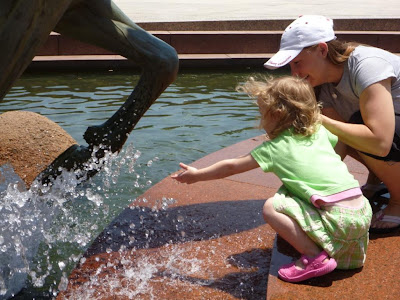 We have the coolest friends. They like to explore new places and they can go, go, go just like us.
at June 10, 2011
Email ThisBlogThis!Share to TwitterShare to FacebookShare to Pinterest
Labels: field trip