Guess who's hanging out in Irving for the next few months? 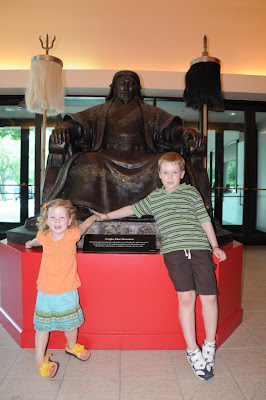 Genghis Khan! We were delighted to hear that the Genghis Khan exhibit would be coming to Irving for a few months. I didn't know much about this man but knew that he was a force to be reckoned with in hisotry. The exhibit at the Irving Arts Center is top-notch and very impressive. Unfortunately, cameras are not allowed inside the exhibit but I'll tell you about a few things that we learned.

Genghis Khan was an incredible conquerer. He conquered three times more land than the Roman Empire did during their reign. But he also had great creativity and vision. He is credited with early inventions of such things as pants, the fork, a postal delivery service, and the concept of diplomatic immunity.

We saw a real mummy. We learned about life in ancient times including what the people wore, ate, fought with, and even how they played games. 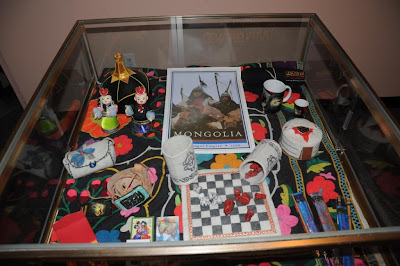 The kids really enjoyed the hands-on activities, particularly the little trebuchet where they got to fire ping pong balls into the air!

Just outside of the exhibit, the kids got to decorate their own Genghis Khan style hats using ink and rubber stamps. 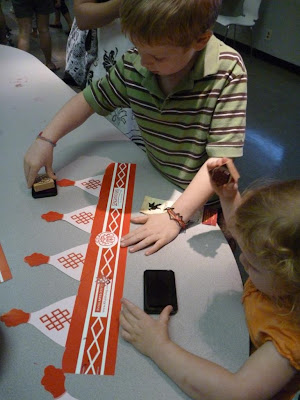 Aaaahhhh!!! Watch out! It's Genghis Khan! 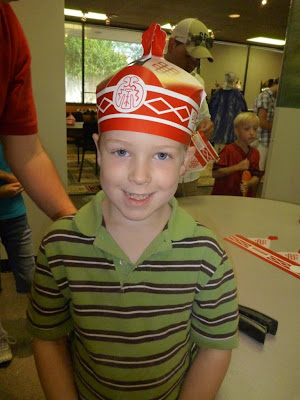 The gift shop was fun. There were some neat decorative items that the kids enjoyed looking at. 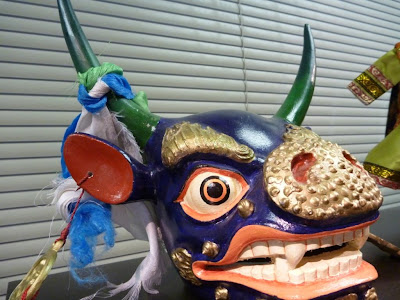 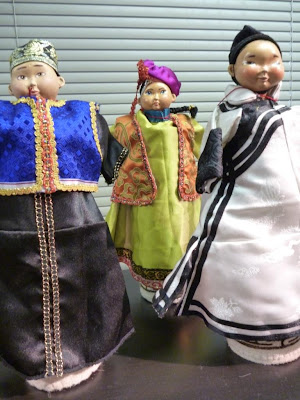 Nicholas really wanted this working wooden trebuchet but we had to pass on it for now. I'm kind of glad that we did because he ended up going home and building his own with Legos! 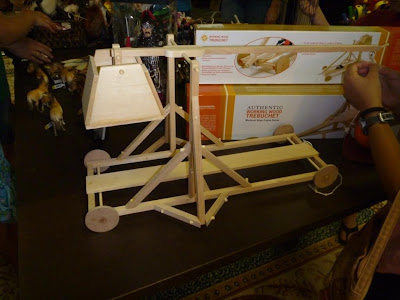 Of course, there was plenty of regular Genghis Khan souvenir pieces to choose from. 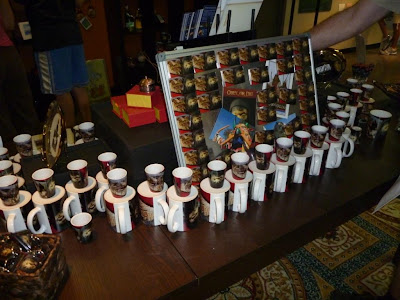 We all learned a lot from the exhibit and it really made an impression on me. I hope to go back again while it is in town. If you are taking children with you to the exhibit, be sure to download the Educator's Guides from their website. It's a great way to get kids to really tune into certain details of the exhibit and reinforce learning.

The day that we went to the exhibit, they were having a special Family Day with some extra activities that aren't part of the regular exhibit. My children's favorite of these was definitely the petting zoo. 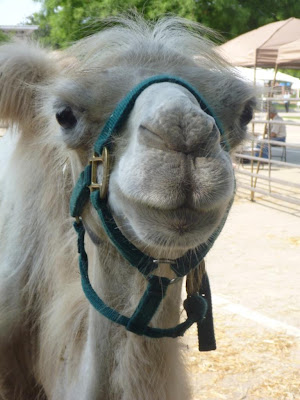 Nicholas got to pet a real live yak! I've never seen one of these in real life. 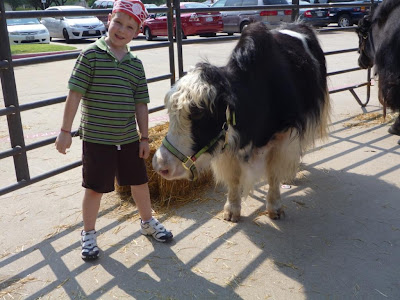 Rachel wasn't too sure about the donkey that was bigger than she is but Daddy helped her relax a little. 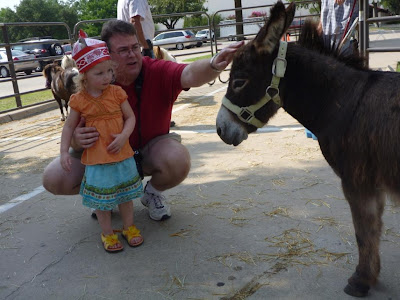 Soon she was petting them on her own. 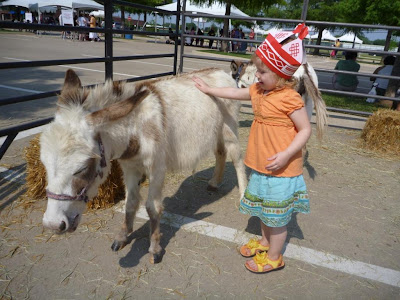 However, she preferred to pet the little goats that were more her size. 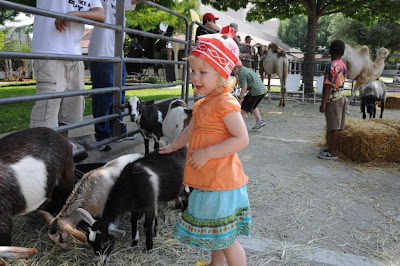 Why not pet two at once? 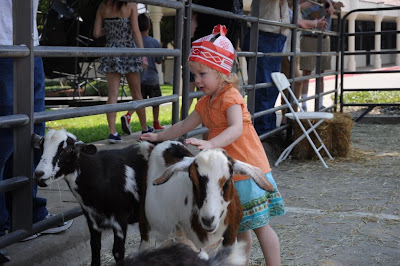 There was a fabulous balloon artists who was so great with the kids. He made Nicholas a cool sword and Rachel was very excited about her pink poodle. 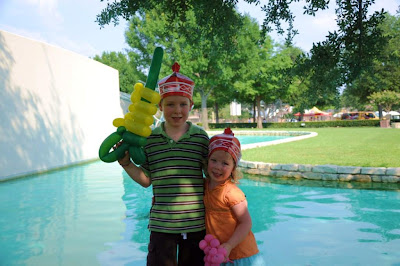 There were some great craft activities. We learned how to make a ger which was the typical house during the time of Genghis Khan. 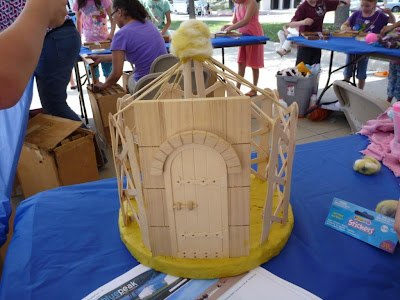 We even learned how to make our own felt! 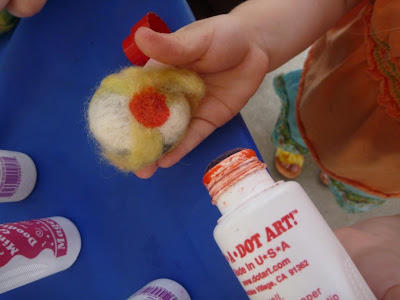 It was a really fun family outing. Maybe a little too much fun for one of us! 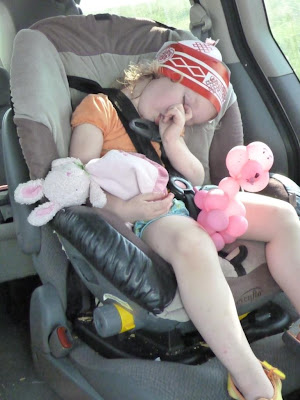