One of the options for getting a Tiger Cub bead is to learn a magic trick and teach it to your den.

Nicholas loves magic tricks and he was excited at the thought of teaching some tricks to his friends. However, he usually acts shy and silly if he has to do something in front of a group of people so I wasn't sure what to expect.

But he did great! He was calm and explained everything very well.

After he showed the trick, the scouts and parent huddled around to learn how to do the trick themselves. 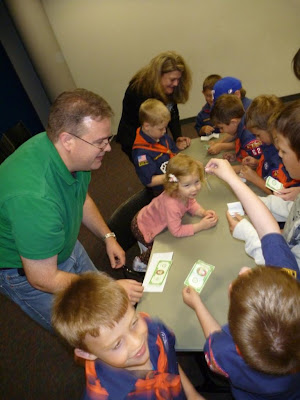 I'm so proud of Nicholas for talking in front of his scout den so confidently. He said he actually had a lot of fun doing it.

After the meeting, the boys had a little egg hunt. It was little because we were using a room in the Police and Courts building for our meeting so we were limited on where we could hide eggs. 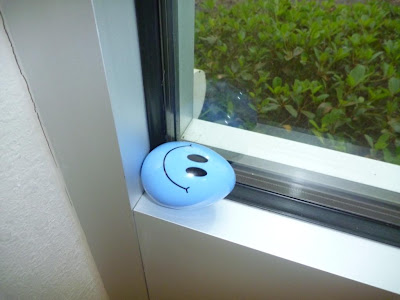 Although it wasn't a challenging egg hunt, the boys were super excited and had a blast. Thank you, Mrs. Janice for organizing it! 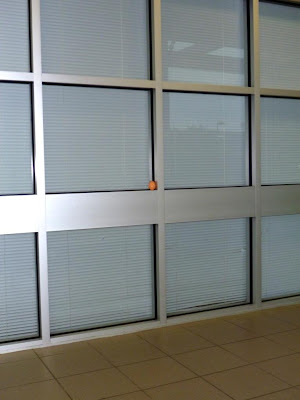 at April 21, 2011
Email ThisBlogThis!Share to TwitterShare to FacebookShare to Pinterest