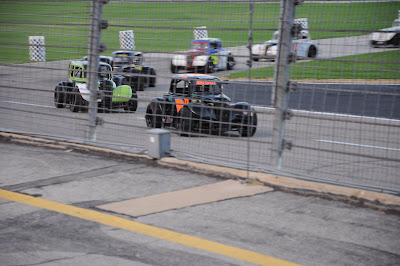 What is unique about Legend cars is that they are 5/8-scale replicas of American automobiles from the 1930s and 1940s. They are smaller and at $13,000 each they are much less expensive than traditional race cars. This means that it opens the door for average people to get involved in racing without the need for big corporate sponsors. All Legend cars have the same parts, engines, and tires. This ensures good racing, at a low cost, so the race is determined more by the drivers' skills and mechanic setup instead of being about who can spend the most money on top of the line engines and tires.

Besides the low cost, another benefit to these smaller cars is that children as young as 8 are able to race them. Nicholas is already counting the days until he can get out there and drive one! 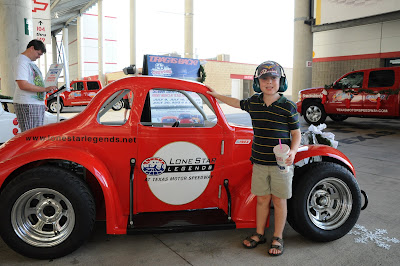 During a break in the races last night, there was a water balloon throwing contest. Nicholas said he wanted to do it. I'm so proud of him because usually he is too shy to want to do anything in front of a large crowd. But he did it and he and Daddy both won one of these cool racing t-shirts! 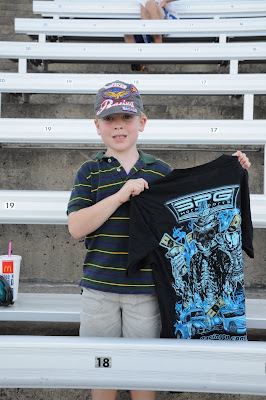 I think the boy is hooked!