At 4:37 today, Nicholas turns 6 years old! I'm so awed by these last 6 years and what an amazing little guy Nicholas has grown to be. I'm so proud of him and I thank him for all that he teaches me each day.

While Nicholas was sleeping last night, we filled his room with red, blue, and yellow balloons. He had fun waking up to his colorful, bouncey floor. Later today when my dad was talking to him on the phone, Nicholas explained that his floor was covered in balloons. Dad asked what color the balloons were. Nicholas said, "Oh, primary colors". I don't think I would have thought to describe them like that but that's just how his mind works. 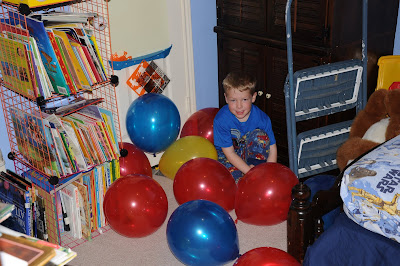 Before we did anyting else for the day, Nicholas insisted on opening presents. He had presents from us as well as both sets of grandparents. 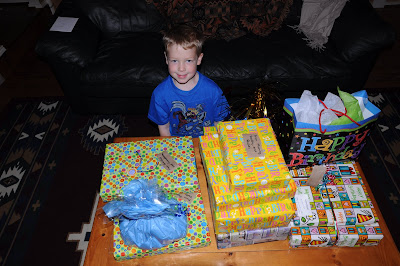 He got a lot of figurines of knights and horses as well as a scary looking 2-headed fire-breathing dragon. Roar! 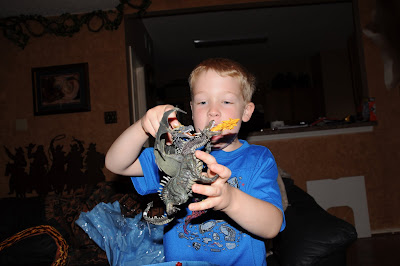 He got two big sets of Magna Tiles which are flat plates with embedded magnets on the edges so you can use the magnetic force to attach the pieces together. Nicholas said "Cooooool!" when he opened them. He said that he was glad that he got two sets, "because now I can complete more projects". Maybe he'll be an engineer when he grows up. 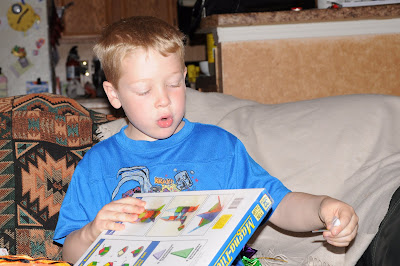 Legos...he will probably never have enough Legos to satisfy him! 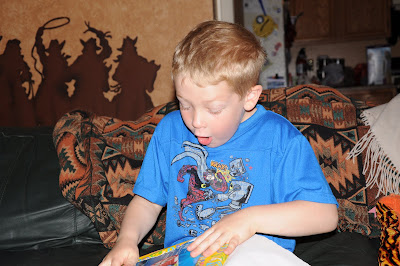 Nicholas and Stuart like to set up dominos in patterns and knock them down. I was thrilled to find Domino Express because it has some neat accessories to help you make your dominos do some super cool tricks. 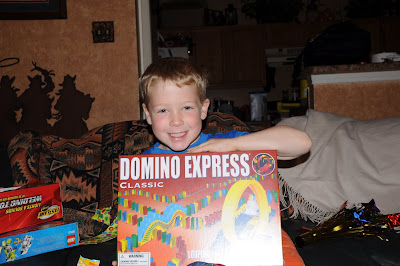 Snap Circuits were a much bigger hit than I expected. We've played with these at the Fort Worth Museum of Science. They are kits with lots of different pieces and accessories that you can snap together to form various kinds of electric circuits. Some make a propeller spin, some make a little light bulb go off, etc. One time we were playing with these at the museum and Nicholas mentioned that he'd like to have some snap circuits at home. So I put it on his list but thought it might be a little too boring for him and perhaps he didn't even really want them that badly because sometimes he just says that he wants everything he sees. But when he opened this present he got very excited and wanted to build something right away! Who knew it would be such a hit?! 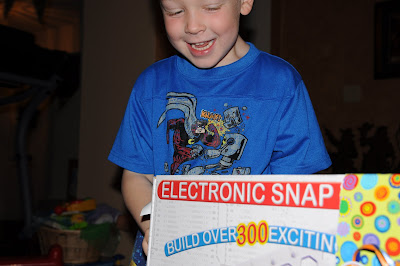 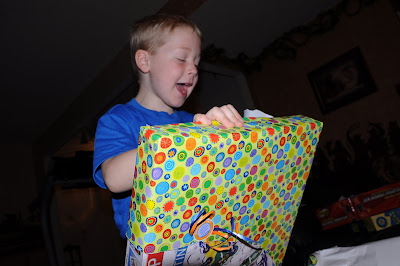 But the first gift he actually opened and played with were the Magna Tiles. He's already made about 20 different creations with them! And even Rachel likes playing with them! 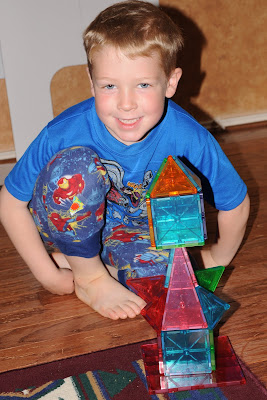 Happy Birthday, Nicholas! We love you and hope you have a wonderfully blessed birthday.
at April 17, 2010
Email ThisBlogThis!Share to TwitterShare to FacebookShare to Pinterest