April 11, 2010
Nicholas had his 6 year old birthday party today. It's a little early but with Stuart traveling for work twice this month it was really the best time to have it. I let Nicholas choose what he wanted to do for his party. He said right away that he wanted a swimming party. We talked about party themes. He's done all kinds of super hero themes so this time he picked a pirate theme. This worked out well because I was able to find the cutest pirate party invitations I've ever seen (although my pictures doesn't do it justice). 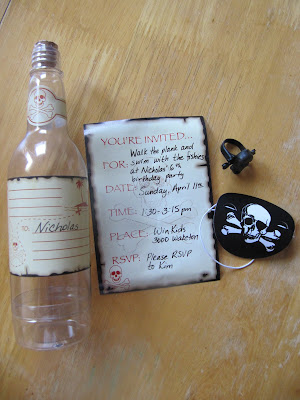 I found the kit for these at Oriental Trading. They are like a little message in a bottle and you get everything you need in the kit. The bottle, label sticker, invitation and twist tie to make a scroll, pirate eye patch and ring. It even comes with a little packet of sand to put in the bottle too but I thought that would just get too messy so I didn't include that part. What's really neat is that these can be delivered to your guests through the post office. I didn't really believe it so I only brought one in at first to see what they would say. The postal worker saw it and immediately said, "Sure, you can mail that!" Yay! However, the postage was $1.39 for each one so I only mailed a few of them. Most of the guests are in Nicholas' school so they live in our neighborhood so we hand delivered those invitations to their mailboxes.

One hang up with having a swimming party: the water temp in our pool is still way too cold to go swimming. I had to look elsewhere for an indoor heated pool that would accomodate a child's birthday party and still be lots of fun. Boy, did we hit the jackpot with WinKids in Flower Mound! They took care of running the party. We had the whole pool to ourselves including two lifeguards just for our party. One lifeguard stayed out of the water in his lifeguard chair while the other one was in the water playing with the kids, squirting them with water guns, and giving them rides on his back in the water. Everyone seemed to have a really great time. 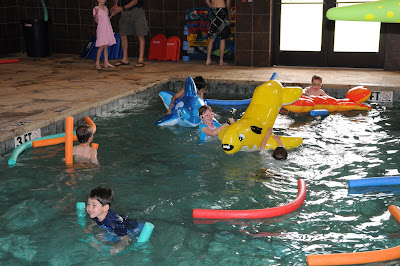 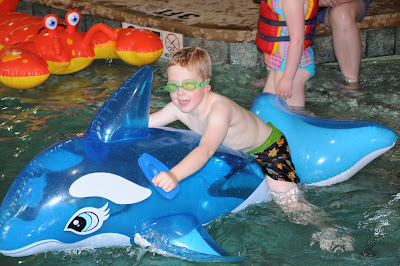 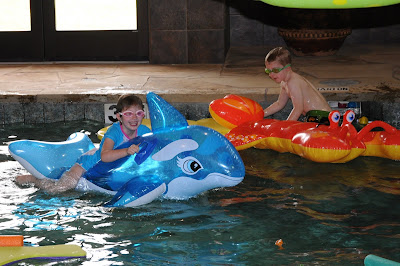 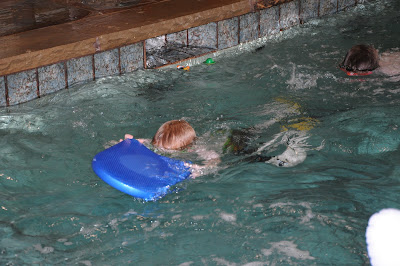 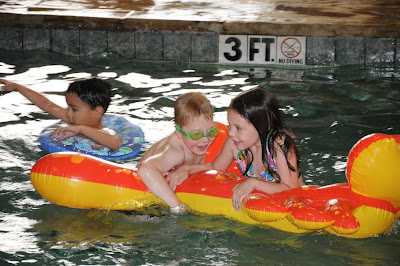 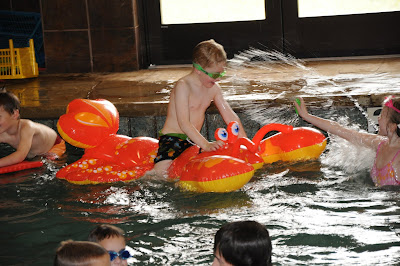 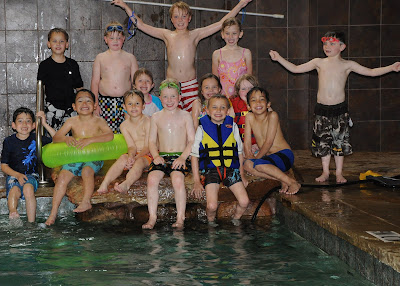 Instead of party hats, everyone got their own pirate hat. Of course, the cake was pirate-themed too complete with three pirate guys to take home. 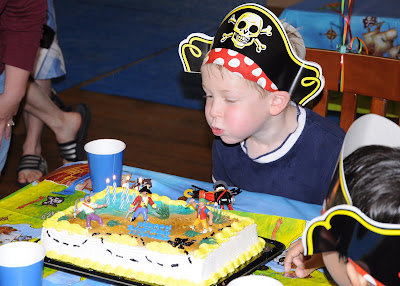 After the party, Nicholas even got to play in the gym for a few minutes while we were loading up the pirate loot and presents to take home. 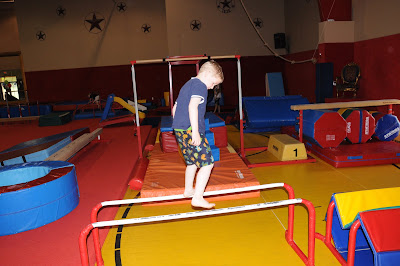 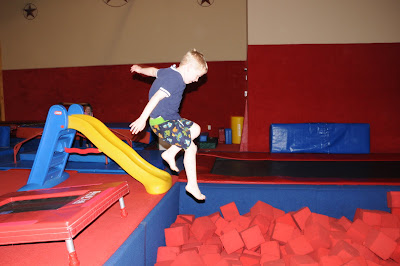 Of course, a party isn't complete without a favor for your guests. Nicholas helped me pick out just the right goodies - a paper pirate treasure chest, a treasure map, a telescope, a (semi) working compass, and a clear water gun. Of course, Nicholas wanted one of the favors to keep for himself. 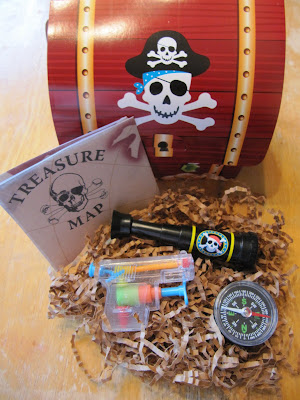 Nicholas had a blast at his party. On the way home, he said, "That was the best birthday party EVER!"