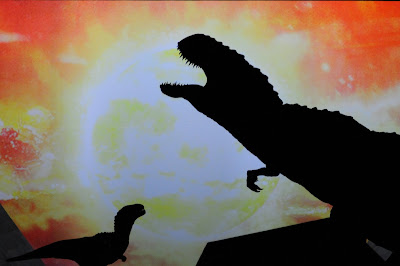 Today we went to the most incredible theatrical show! It is called Walking With Dinosaurs. The production is from the UK but currently touring in the US. There were 17 life-sized dinosaurs that moved, growled, ran, ate, and fought with each other. They were really impressive and so life-like.

The show starts with Professor Huxley, a paleontologist who narrates the actions of the entire show. He takes us through the different eras of dinosaurs and really provides a great educational piece to the very entertaining show. 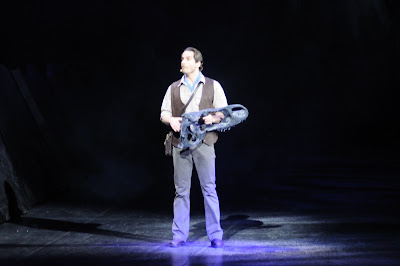 You see baby dinosaurs just hatched from their eggs... 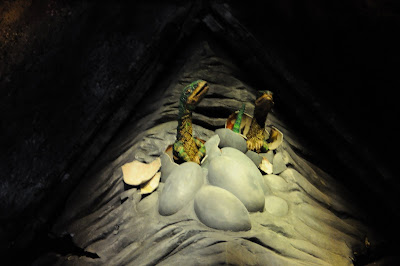 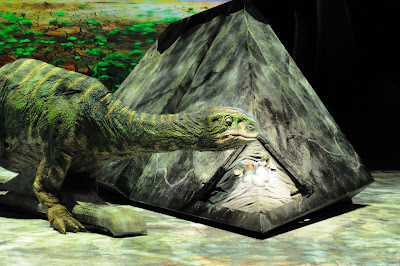 We reviewed the website before we went to the show so we had a good idea of how the dinosaurs operated. I couldn't help but spend the first few mintues of the show studying how they worked. See the pod underneath the dinosaur? Each large dinosaur has a pod like this which rolls it around on 6 roller blade wheels. Inside that pod is a person who drives the dinosaur around. But these dinosaurs move so well - arms, legs, blinking eyes, swishing tails, grimaces and growls - that they each require a total of 3 dedicated people to make them perform. In addition to the driver, each large dinosaur has 2 puppeteers - one controls the the head and tail while the other controls the more minor movements such as blinks, mouth, and roars. I'm not sure where the other 2 people are during the performance. As I said, I studied all of this for the first few minutes because I was in utter awe of the mechanics behind them but then I got so lost in the performance that I completely forgot about it and they really came to life for me. 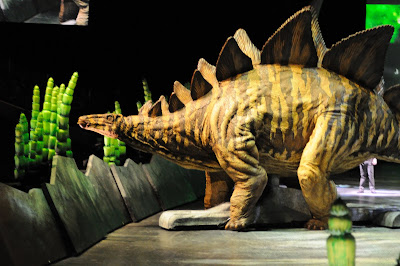 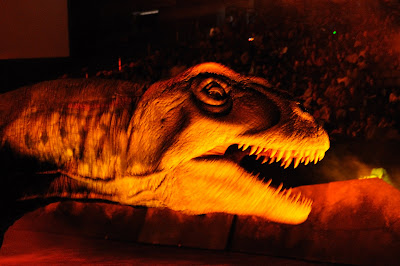 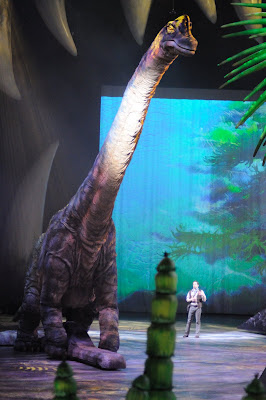 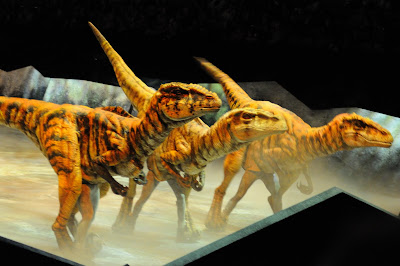 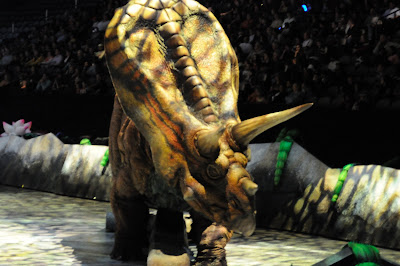 This is Nicholas' favorite dinosaur - Ankylosaurus. He is an herbivore but a tough one. He has a club tail and isn't afraid to use it to fight his enemies, even a T-rex. 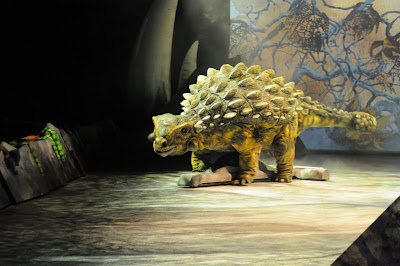 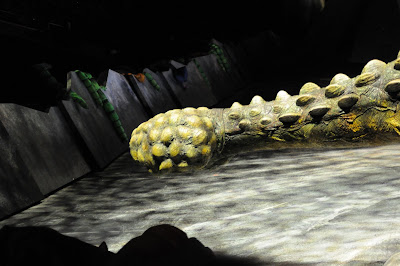 But we learned that you don't want to mess with a baby T-rex because Mama T-Rex must be nearby and she will not be happy if you mess with her little one. She roared over the crowd right where we were. It was actually a little frightening. Mama and baby T-Rex, safe and together again. 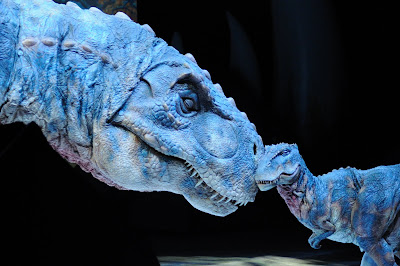 It was an incredible event and especially nice to share it with my Dad who has been learning all about dinosaurs and fossils. 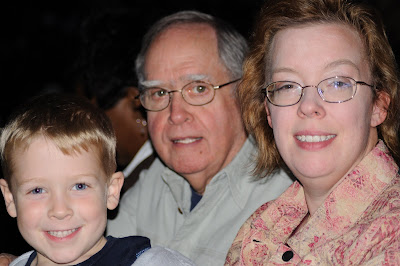 at October 24, 2009
Email ThisBlogThis!Share to TwitterShare to FacebookShare to Pinterest