October 12, 2009
I got inspired by this blog post Make It From Scratch to make homemade crackers. The recipe uses the most simple ingredients - shortening, salt, milk, and flour. 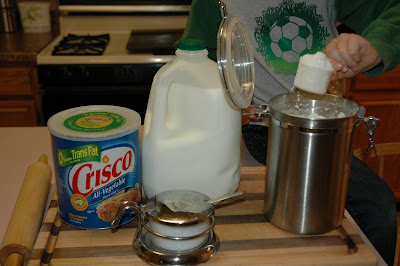 Nicholas loves to scoop out ingredients so he measured out the flour. 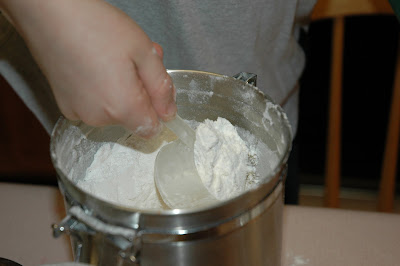 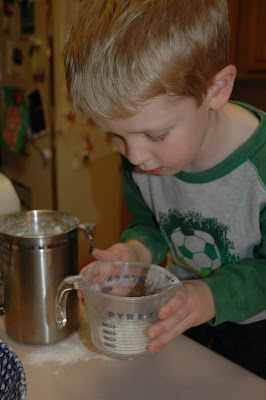 Next he measured out the Crisco shortening. He had never seen shortening before and asked me how it tasted. I let him try it but he didn't like it. I told him that I first saw shortening when I was little and making something in the kitchen with my mom. When she had her back turned, I stuck my finger in the shortening and scooped out a big glob of the gunk and stuck it in my mouth because I thought it was vanilla frosting. Nicholas said, "Mom, if it was frosting then there would be an 'F' here for frosting instead of the 'C'!" He's got me there! 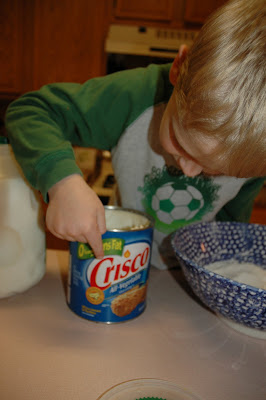 We talked about dry ingredients and wet ingredients. Nicholas used the pastry blender to blend the flour, salt, and shortening. 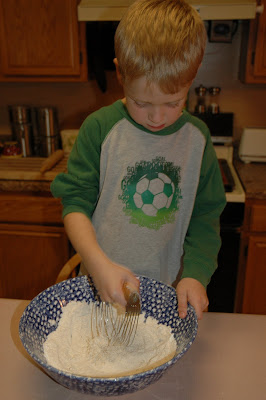 Then we added the milk and formed it into a ball. 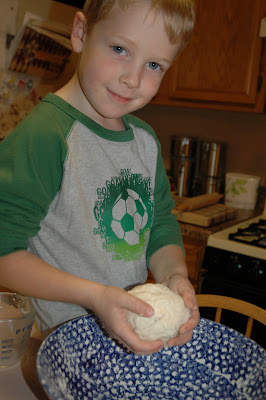 Nicholas rolled out the dough... 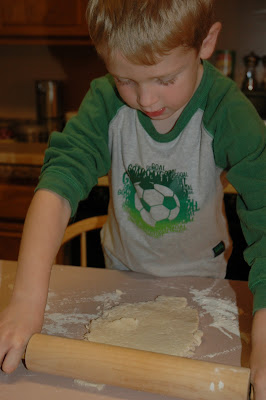 I used a pizza cutter to cut the dough into cracker squares then Nicholas used a fork to poke the holes in the individual crackers. 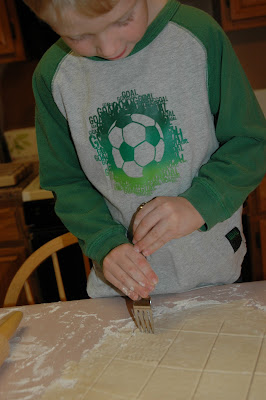 We made some pretty crackers... 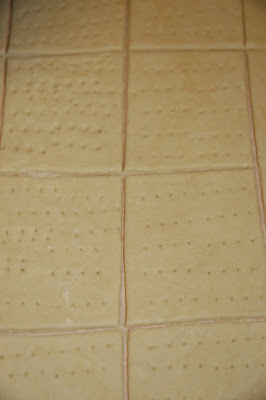 But that was the end of our success. Lesson learned - don't let the 5 year old sprinkle the salt on the crackers! They were way too salty to eat. Oopsie :) 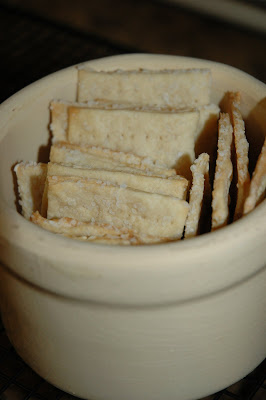