I've been driving Nicholas to soccer for two seasons so far but now, as the proud owner of a mini-van, I guess I'm fully qualified for the full title of Soccer Mom! Meet our Town and Country... 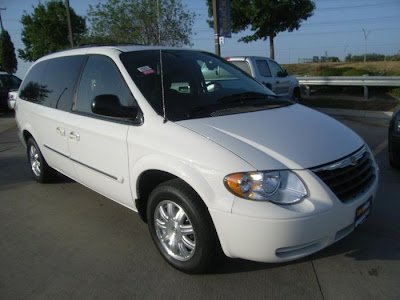 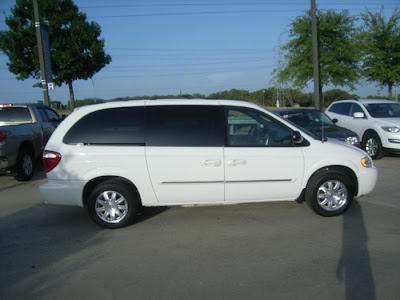 It has a third row of seats that fold down into the floor when more space is needed. 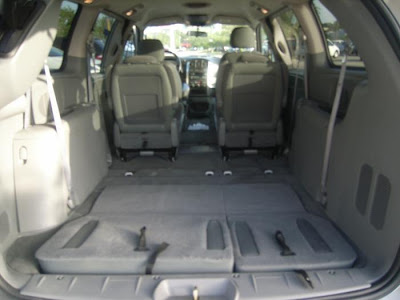 Nicholas and Rachel sit on the second row. These seats can also fold down into the floor so the whole back of the van can be used for carrying stuff. 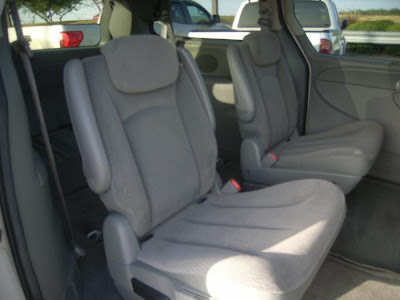 I LOVE this van. But I do miss my Trooper. I really loved that tough little SUV. It was 4 wheel drive and we took it off road several times before we got our Jeep. We even used it one time to rescue a Jeep who had gotten high-centered on a trail. But it was getting too old and starting to have problem after problem. Just before we sold it, Stuart had to spend time fixing the driver's side window which kept getting off the track. 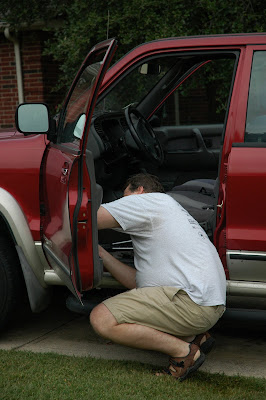 It would roll down then get off the track and wouldn't roll back up. So I had to quit using it. Not fun when you have to go through the restaurant drive-thru in the rain and have to open the entire door to pay and get your food.

That was just one minor problem Stuart had to fix. It seems like there was always something. And the Trooper was not a fun vehicle to work on. I recall one time when the starter needed to be replaced. It was a cheap part and easy to install. However, in order to get to the starter, the entire exhaust system had to be removed.

Oh, as I recall all of this I realize that I really don't miss the Trooper that much because I'm so excited about the van. It is so perfect for carting around kids and all of their stuff! It's also easy to fit more kids (and their car seats) in the seats. In the Trooper, it was a tight fit to carry just one more child in the back seat with us. Now we can bring three other kids along with our two....not that I want to go anywhere with 5 kids in tow! But it's nice to know that I can if I wanted to.
at October 08, 2009
Email ThisBlogThis!Share to TwitterShare to FacebookShare to Pinterest