A Few Of His Favorite Things

Nicholas has loved his Rescue Hero toys for several years now. Rescue Heroes are big guys that are firefighters, scuba divers, pilots, etc. that can swoop in and rescue people. Nicholas has a bunch of these guys and a few of their vehicles. Most of them were gently loved before he ever got them. Some came from freecycle but most came from various children's consignment stores. He plays with them all the time and carries them with him for rides in the car and even takes them into the grocery store with us. He asked Stuart to take some pictures of two of his Rescue Heroes for him. 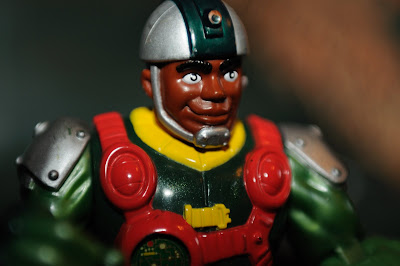 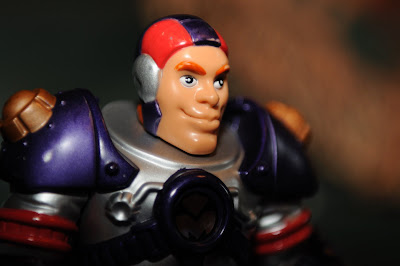 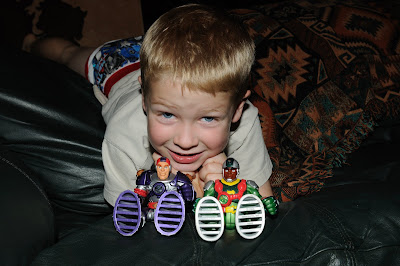 At some point, the makers of Rescue Heroes decided that they hadn't completely tapped the market and they branched off to create Planet Heroes. Of course, he had to get those too. This picture was taken a while back but here he built a hanger for his Planet Hero ships out of his beloved Tinker Toys. 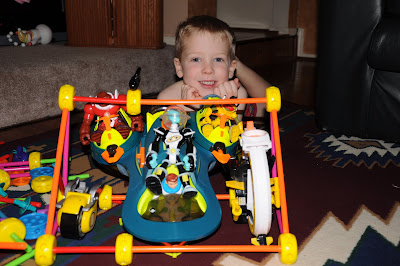 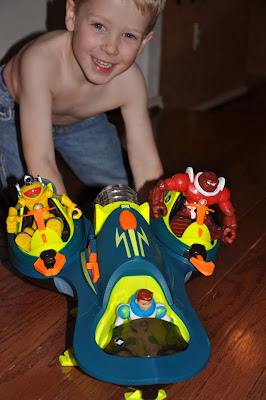 Rescue Heroes, Planet Heroes, Tinker Toys, and also Legos...just a few of his favorite things. He plays with at least one of these toys every single day.
at July 21, 2009
Email ThisBlogThis!Share to TwitterShare to FacebookShare to Pinterest