Today we got to see Slim Goodbody perform again. Last year, I let Nicholas miss a day of school so that we could go see Slim in Fort Worth. This year I found a show in Garland that wasn't on a school day. I haven't been to Garland much and I wasn't sure how Rachel would do in a one hour performance during her nap time. I was a little worried this morning about how the whole thing would work out. What a waste of time. It went beautifully. We got there in about 30 minutes by the tollway and had plenty of time to play around, feed Rachel, and get our seats. Rachel slept the whole time so it was a breeze. 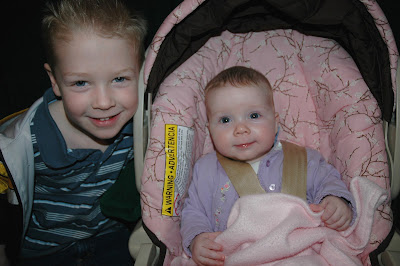 The theater in Garland is small and they had already done several performances here with this show being the last one so the crowd was really light - maybe just a couple of hundred people. Last year in Fort Worth, there were 1700 people and it was kind of crazy! Next year, we will be seeking out the Garland performance for sure!

The show was fantastic as always. Slim wears a cool costume showing the inner workings of the body. He sings and dances and teaches kids about healthy habits, all of the systems in the body, dental hygiene, and not smoking. Nicholas really got into it. 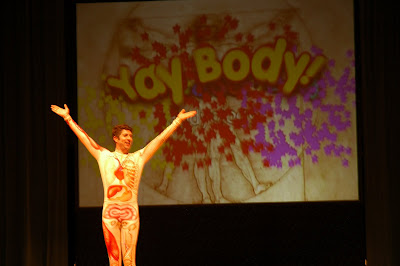 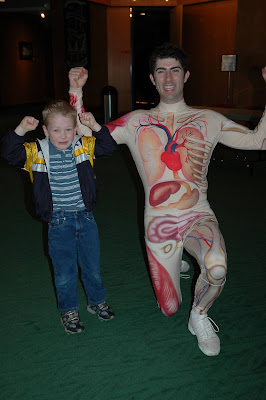 After the show, I was able to talk to Slim. The original Slim Goodbody has been performing and teaching kids about the human body for some 30 years or so. I even remember watching him on TV when I was little (yes, he's THAT old!). This Slim was a different Slim. His real name is Butch and he said that he has been helping out with the show for a while. The original Slim was actually performing in another state. I was sad that we didn't get the original Slim but Butch had a great performance and he was fun to talk with. He is starting his own show too. It will also be a children's performance like Slim Goodbody but it will focus on the environment. It's called Kid Power.

After the show, it was lunch time so we tried a new place for lunch. It's called Planet Pizza. It was fun and the pizza was pretty good. They have a big indoor climbing structure - maybe the size of 3 or 4 of the McDonald's play areas all put together. They also have several amusement rids and games. Nicholas loved a pirate ride that swung a pirate boat high in the air. They even had to remove some of the ceiling tiles to make room for this thing's range of motion. He also loved the rockets and the bumper cars. 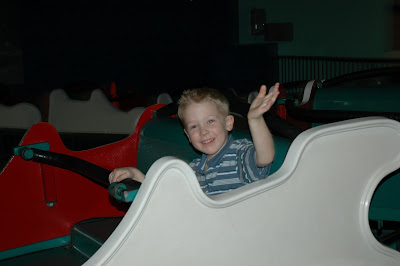 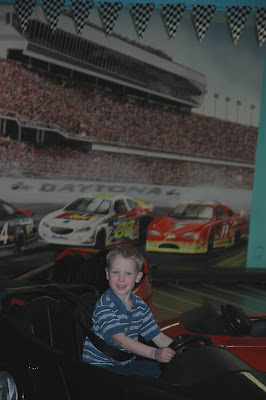