We were at the park today enjoying this beautiful weather. I let Rachel lie on a blanket and look up at the trees. She just loves feeling the breeze on her face and watching the leaves move. 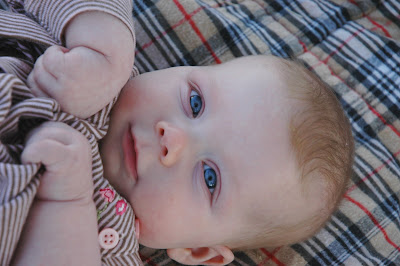 Nicholas was collecting pine needles and pine cones to build a wolf house. How thoughtful of him :) 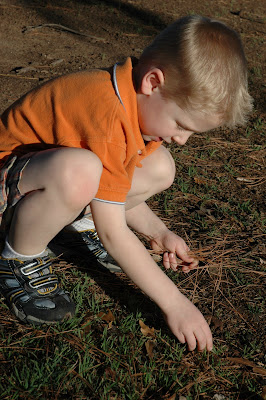 I was supposed to be helping him collect his building materials. As I was taking these pictures, he said, "Mom, this is pine needle collecting time, not picture taking time!" 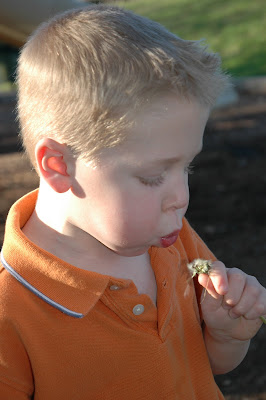 We had lots of fun playing at the park. We thought it was sad though that we couldn't find other kids to play with. We actually drove to three different parks hoping to find some other children playing there but the parks were empty. It was about 3:30 or 4:00 so kids should be out of school and it was an absolutely beautiful day. Where was everyone?

I was happy to play with my little guy. Nicholas decided that we were good guys on a space ship and we were being attacked by aliens. We sprayed them with anti-alien goo and they ran away. Sometimes an alien disguised himself as Nicholas and I could only determine if it was an alien or Nicholas by spraying him with the anti-alien goo and watching to see if he ran away. What a fun and creative little boy he is! I just love playing with him. 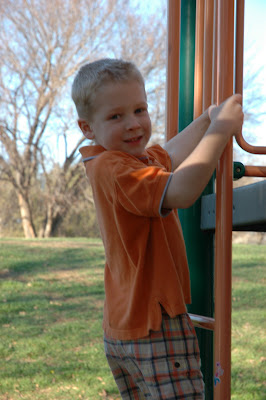 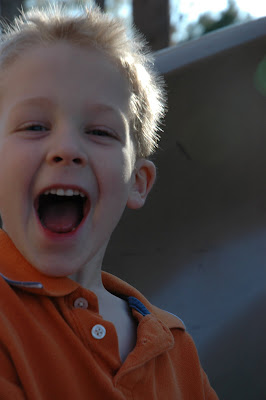 at February 11, 2009
Email ThisBlogThis!Share to TwitterShare to FacebookShare to Pinterest