We left the Arizona-Sonora Desert Museum and headed out to find some lunch.  As we were driving down the road, Nicholas shouted out, "That's it!  Stop!  I think that's the shop Coyote went to!"

Nicholas has learned a lot about crazy creatures in the desert by watching Coyote Peterson on the Brave Wilderness YouTube channel.  On one of these videos, Coyote visited the Tucson Mineral and Gem World and Nicholas recognized the shop as soon as he saw it.  What's funny is that Nicholas had not mentioned anything about this shop to us.  We had never heard of it and he never mentioned that he would like to go there as we were planning out the trip.  We just happened to be driving down a random road and he recognized the outside of the shop from the video.  Of course we had to stop.  Not just for him though.  This mama is a rock hound too so I was excited to check it out. 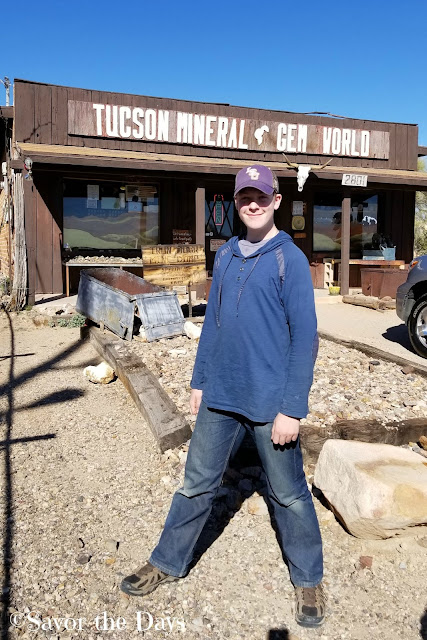 Once we were inside, Nicholas just lit up!  He said very excitedly, "Wow!  This is really it!" 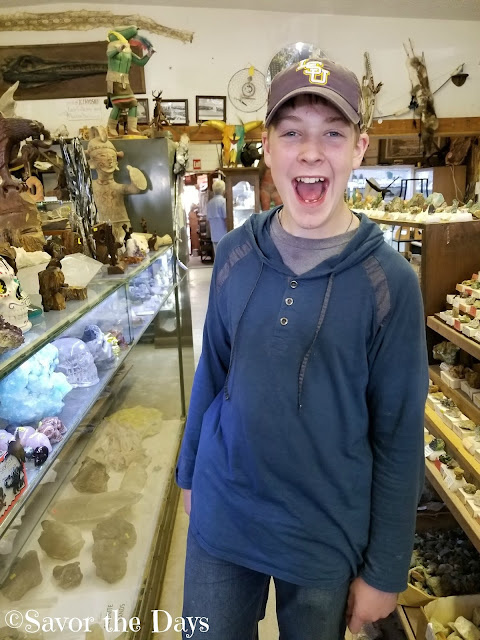 From behind me I heard a voice say, "Yes it is it.  Coyote Peterson, right?" and he gave a little chuckle. It turns out it was the owner, Richard Ratkevich and he knew exactly why a 13 year old boy would be so excited to have found his rock shop. 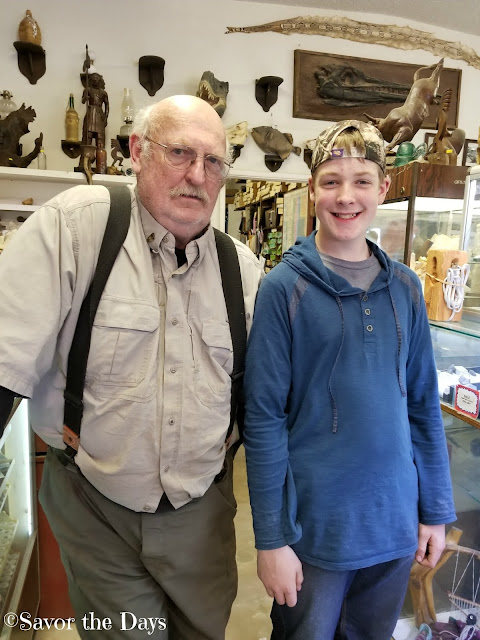 Mr. Ratkevich was wonderful to talk to.  He showed us around the shop and answered all of our amateurish questions.

I just liked the shop because of all the cool fossils.  There were many here that I had never seen before. 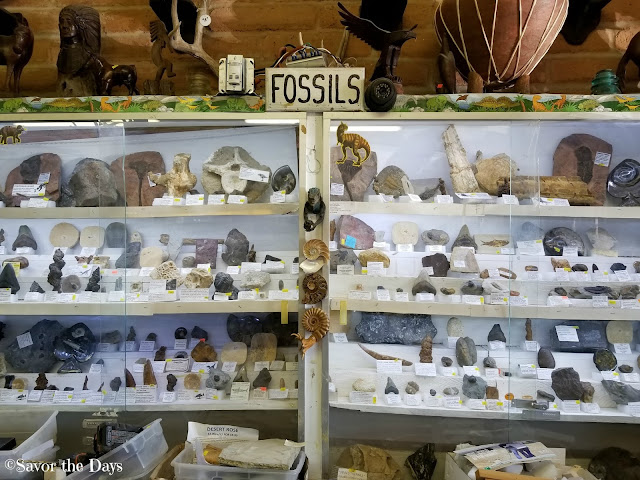 Rows and rows of cool stuff and I wanted to look at it all! 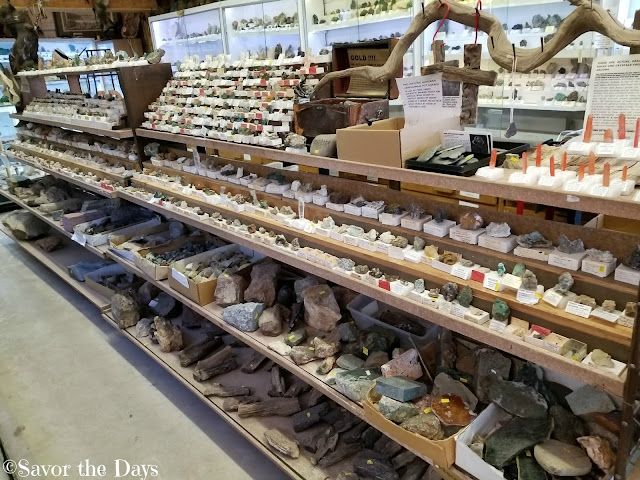 I love this chest with lots of shallow drawers.  It would be great to be able to store our fossil and rock collections in such an organized way.  I think one of those old wooden library card catalog drawers would work well too but these have clear drawer faces so it would be easier to see what is inside each drawer. 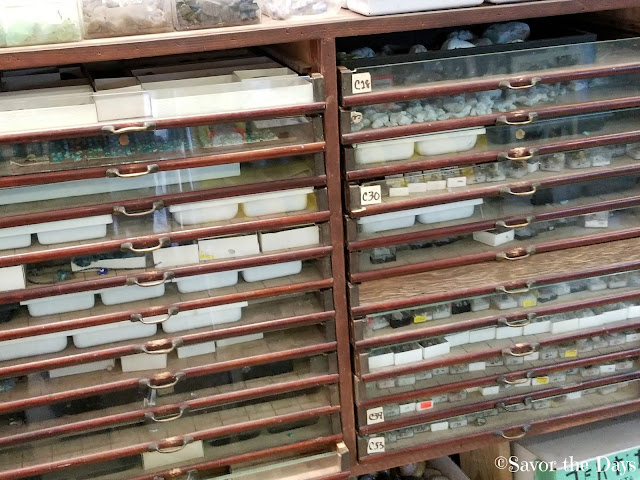 We bought a few things and the owner gave the kids great deals because they were spending their own money.  We spent some time talking with him about his cool experience with Coyote Peterson.  He asked us where we were heading to next on our road trip and we told him the Grand Canyon.  He pulled out a map and pointed to Montezuma's Castle.  He suggested we stop there on our way to the canyon.  Then he gave each of the kids a small bag and said they could hunt for rocks in the front section outside and keep all that they could fit into the bag. 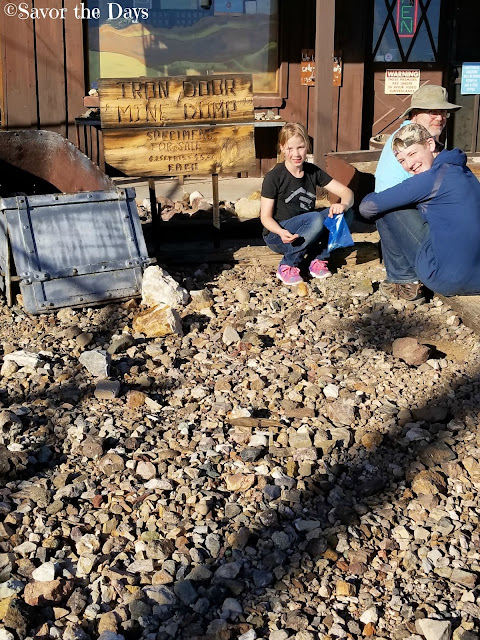 Below is the Coyote Peterson video that started it all:


Here's another Coyote Peterson video taken in the Sonoran Desert of Arizona.  He was trying to catch a tarantula hawk and met a teddy bear choya cactus while he was at it.
Next Post for Road Trip 2018: