We never go on real family vacations.  Stuart usually uses up a big chunk of his vacation time just going home to visit our parents and there isn't much time left to go anywhere.  So when his job was recently cut in a round of layoffs, we realized that we finally had plenty of time to take a week long vacation.  With the uncertainly of our future finances we had to keep it cheap so we went on a family road trip...queue the National Lampoon Vacation song playing in the background.... 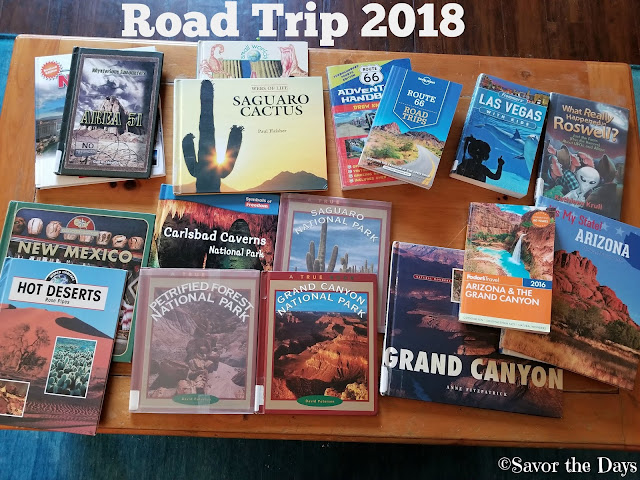 I have a Bucket List that I started a few years ago.  It's changed a little since then but two things that I have always wanted to do was to travel on the old Route 66 and hike in the Grand Canyon.  Nicholas has just one thing on his Bucket List - camp for a week in the Sonoran Desert and catch deadly bug and reptiles.  Eww!  As we talked about where to go we decided to go on a tour of the beautiful Southwest.  We didn't make specific plans for how long to be at each stop but we knew we wanted to see Carlsbad Caverns National Park in New Mexico then we would head west to the Sonoran Desert which is in the Saguaro National Park in Arizona.  From there we would head north to go to the Grand Canyon National Park in Arizona and then travel home along Route 66, hoping to stop at the Petrified Forest National Park in Arizona and Cadillac Ranch in Texas.

We kind of talked about the trip for a week or two and then realized that if we were going to take it then we had to go right away because Stuart had some meetings coming up that he had to be back in town for and the kids had hockey practice starting a week from Saturday.  So on Thursday we decided to leave the next day.  In a scurry we packed up our bags and hit the road late Friday morning.

We played Interstate Highway Bingo for part of the trip.  It's kind of fun to look for the different things on your card.  When you find one you just slide the red window over it to mark it.  The first person to fill five in a row wins. 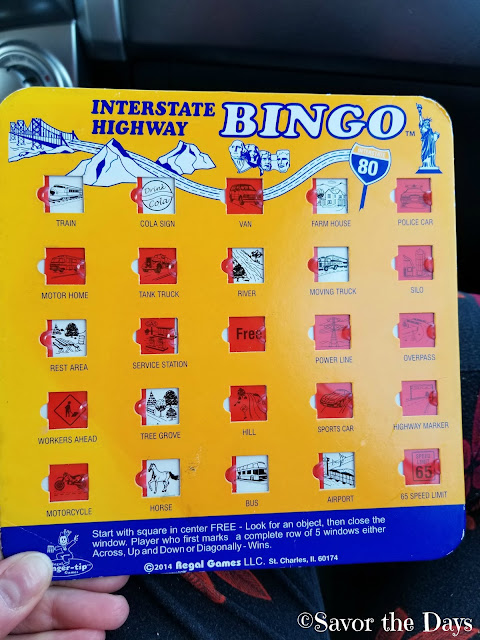 We talked about creating a Texas version of Interstate Bingo.  It would have some additional things to look for like a dead armadillo on the side of the road, a port-a-potty as part of a road construction site, cars who drivers don't know how to use a turn signal to change lanes, and stopped traffic on I-35, just to name a few!

I loved seeing the open road but we all got pretty excited when we started seeing the hint of mountains way out in the distance. 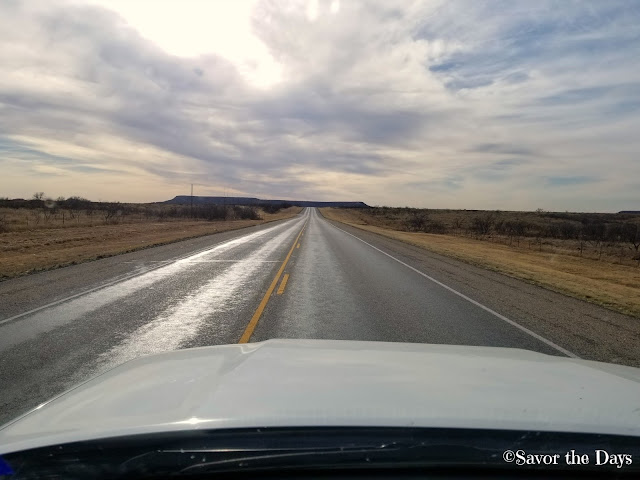 This was one of the first big hills (aka small mountain) that we saw and the kids said "Wow!"  Little did they know what amazing mountains they would see later on the trip. 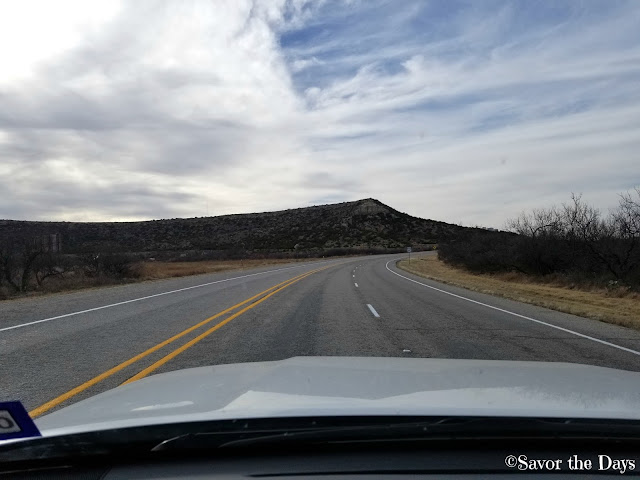 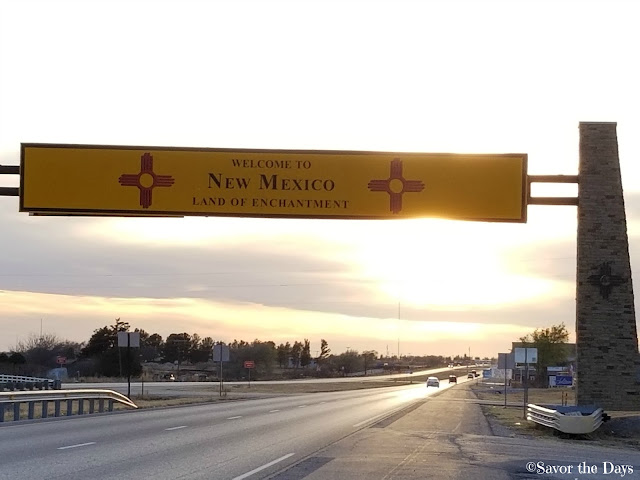 New Mexico is a good example of desert lands.  The kids saw this dead boar on the side of the road and it was surrounded by birds pecking at it.  We HAD to stop and take a closer look.  The birds flew away from us when we stopped but the kids just thought this was the coolest sight to see.  Maybe they don't get out enough? 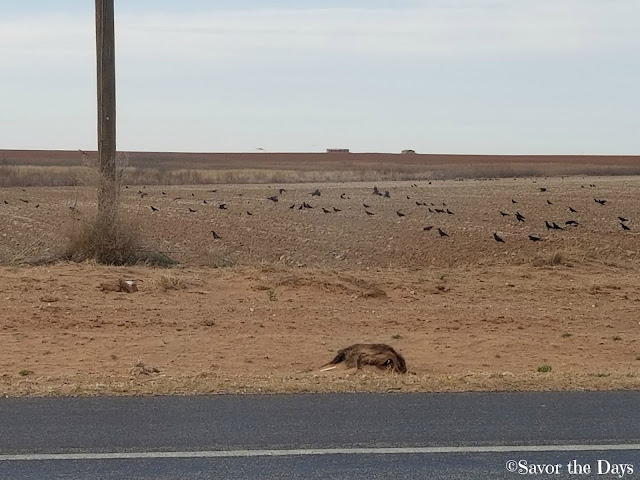 It was about dinner time so we stopped at a hole in the wall Mexican restaurant (I love those kinds!)  They had beautiful tiles in different patterns along the front of the restaurant.  I took lots of pictures of them. 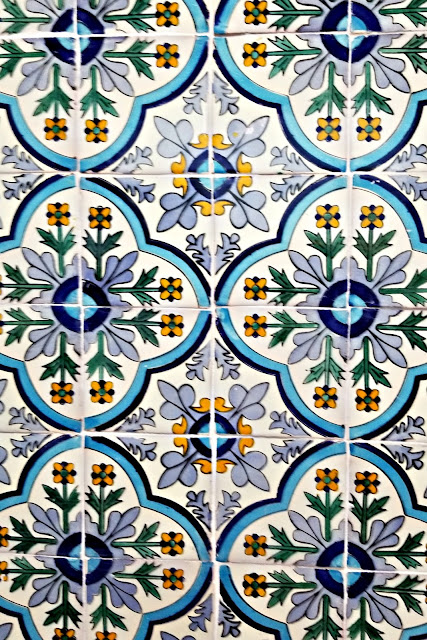 Stuart and I both ordered the special which was a carne asada topped with nopalitos which are made from the stems of the prickly pear cactus.  It was fun to try something new and they were so delicious! 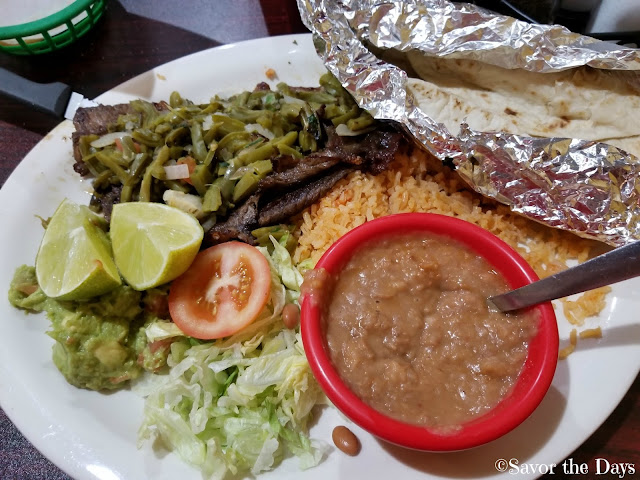 The hotels in Carlsbad were expensive so we found one a little farther away in Artesia, New Mexico We were happy to crash for the night.  The next day we planned to go travel to Carlsbad to see the caverns and then travel to Tuscon, Arizona for the night. 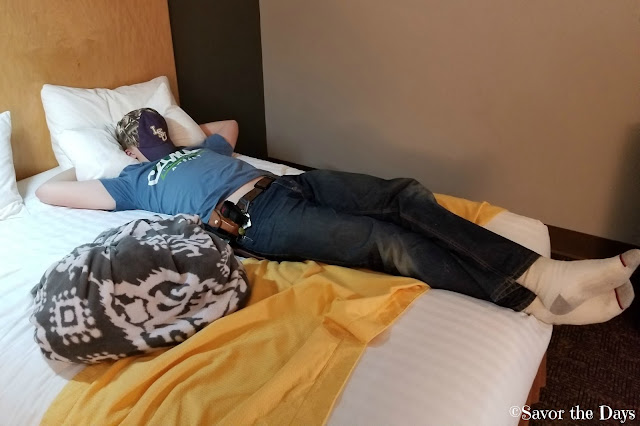