The Mound is on Fire!

I had heard that the town of Flower Mound would be having a controlled burn on the Mound in order to replenish the soil on the prairie land and get rid of invasive plants.  In our talks about nature, I've taught the kids about the importance of burning the land in order to bring it back to life so I wanted them to see it first hand.  I told the kids it started at 10:00 and that they had to get some of their homeschool work done before we could go watch it.  They scurried through their work but we were still a few minutes late for it.  As we approached we could see that the fire had already been started. 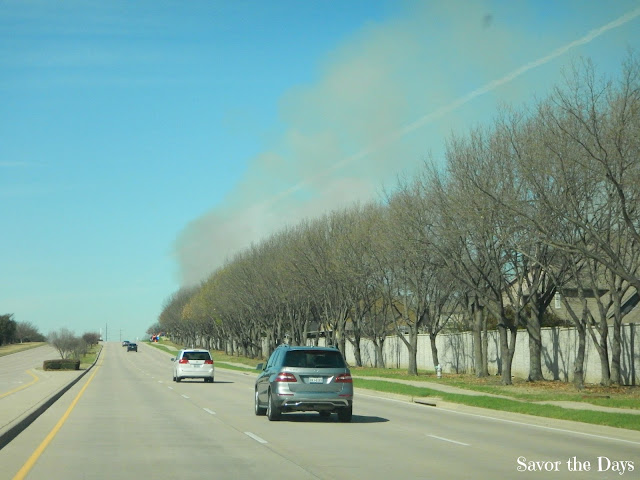 We pulled into the parking lot of a grocery store next to the Mound.  We watched from the car for a while.  I wanted to stay out of the smoke but also there were a lot of firemen and policemen around and I wasn't sure yet if they would let us go up to the fence to watch. 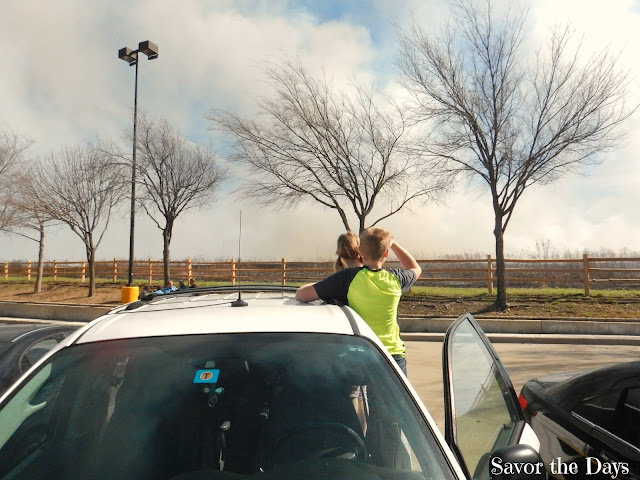 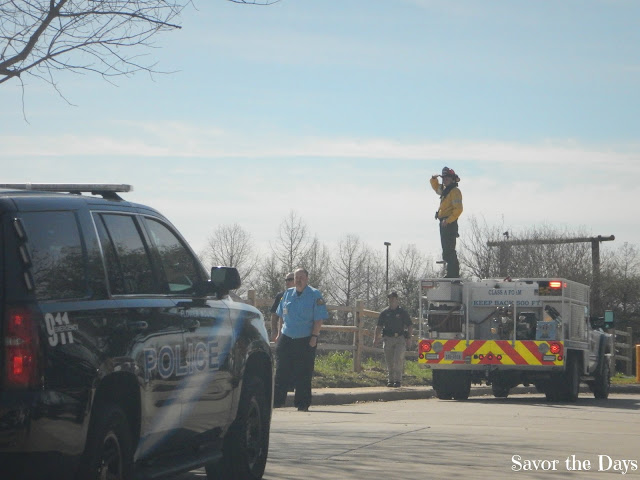 The sky was clear but you can see from this picture just how smoky it was right there on the Mound. 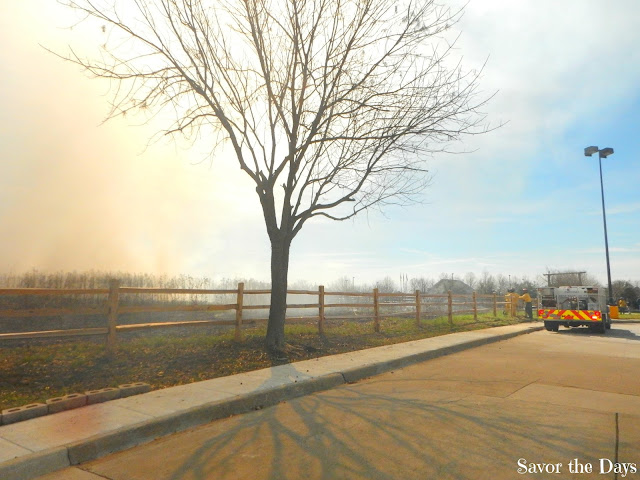 There were firemen walking around the inside of the fence line spraying what looked like a fire retardant to keep the fire away from the fence. 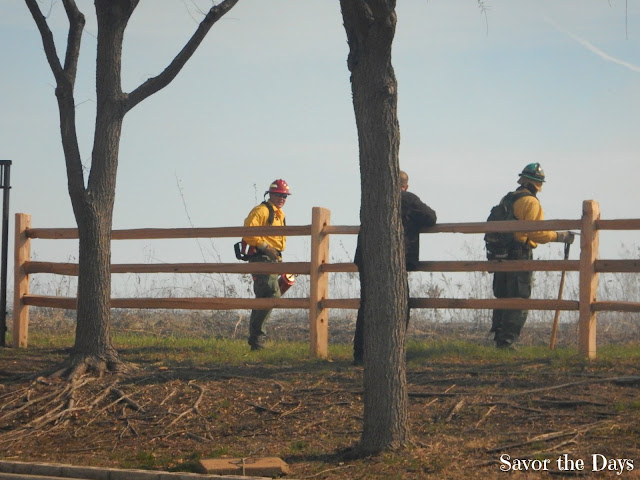 At times we could see fire burst up for a while then die back down. 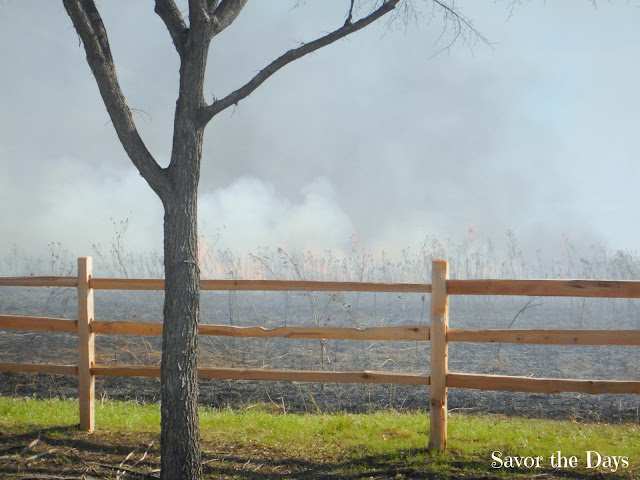 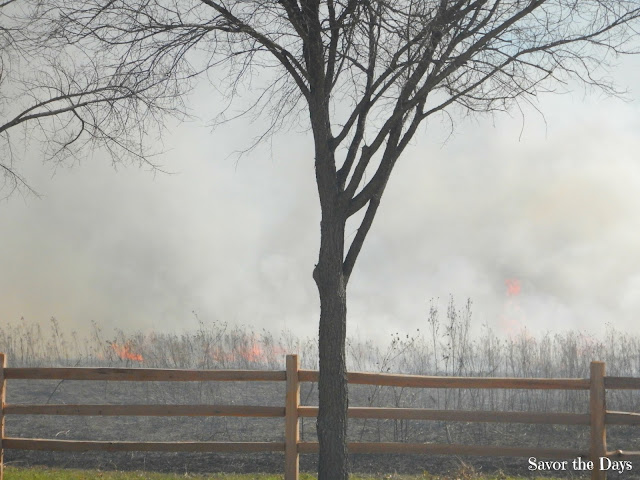 It was really smokey for a while but it quickly cleared up as the fires died out. 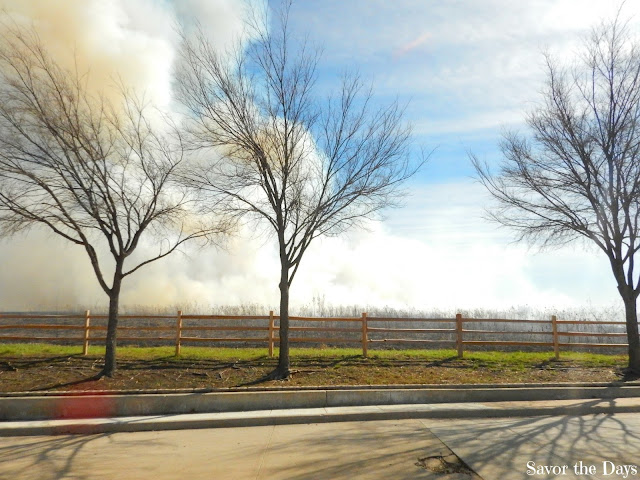 You can clearly see that the firemen controlled several feet of perimeter inside the fence line to keep the fire away from the fence. 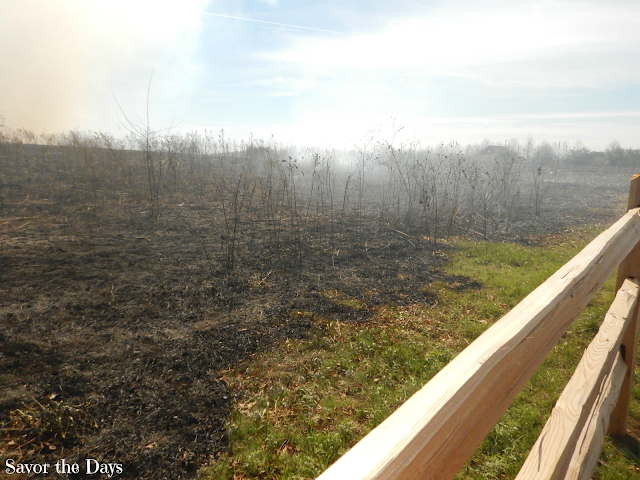 The kids were fascinated by the whole experience, especially our Youth Fire Academy graduate. 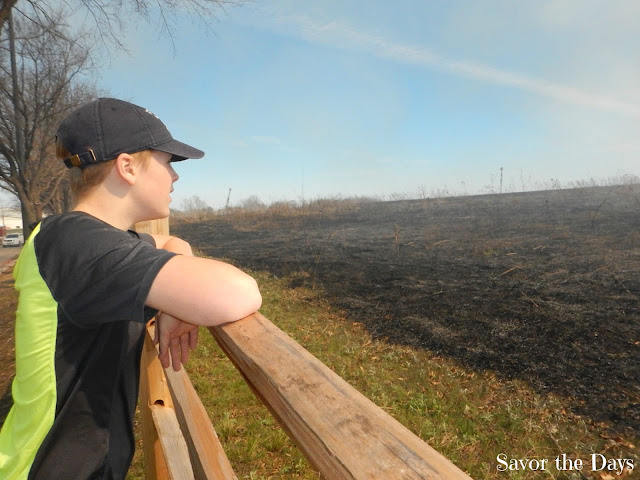 There were ladder trucks at the back of the Mound where residential houses are located.  They were able to keep a bird's eye view on the situation. 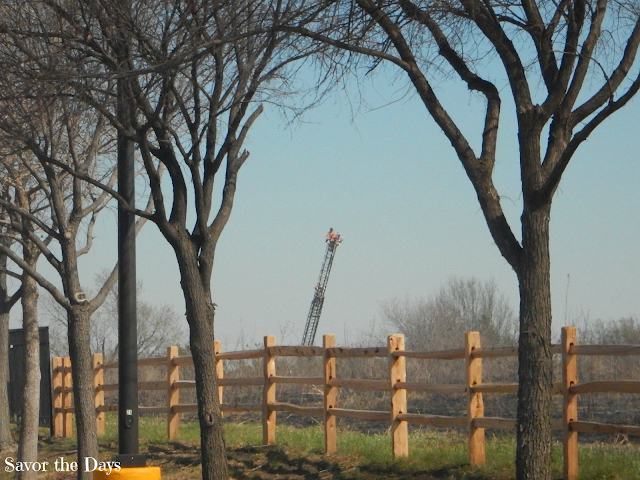 We got to talk to one of the firemen and check out a fire engine. 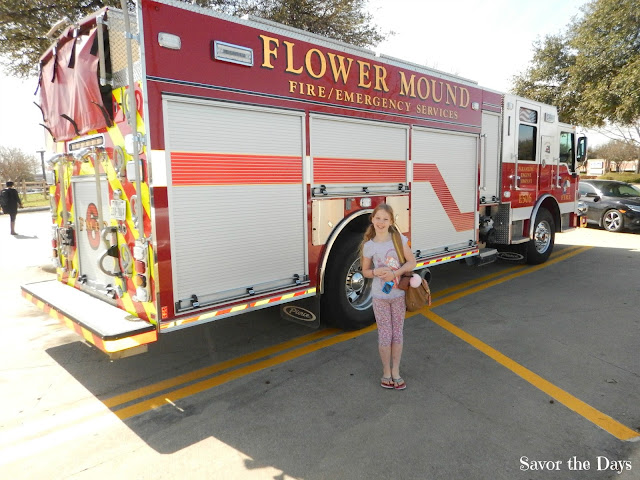 Rachel noticed a little mouse that was huddling by the curb that run along the Mound.  We talked about how the mouse probably lived on the Mound and how fortunate it was that he was safe. 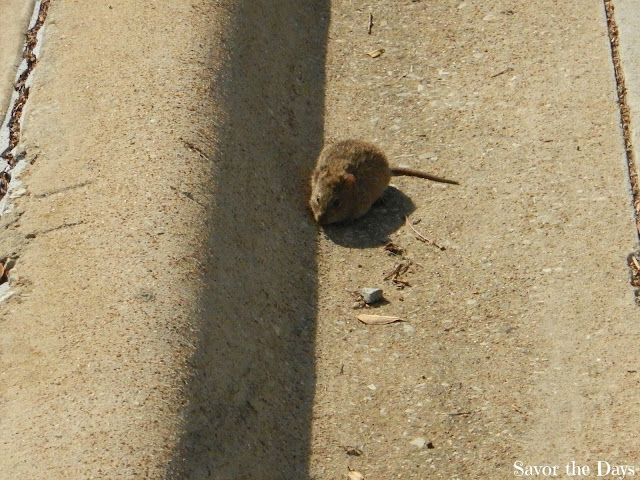 The kids thought it was really amazing to watch the city intentionally burn the Mound.  I've heard of controlled burns but never seen one in person myself.  I'm so glad that we have freedom in our homeschool schedule that allows us to take in these real life experiences.
at March 02, 2017
Email ThisBlogThis!Share to TwitterShare to FacebookShare to Pinterest
Labels: animals, environment, homeschool, Nature, Nicholas, Rachel