Corn Husk Dolls were a toy for Native American Indian children.  When the settlers from Europe came to the New World, they began making them as well.  Corn Husk Dolls typically are made without faces but they can be made with pants or a dress. 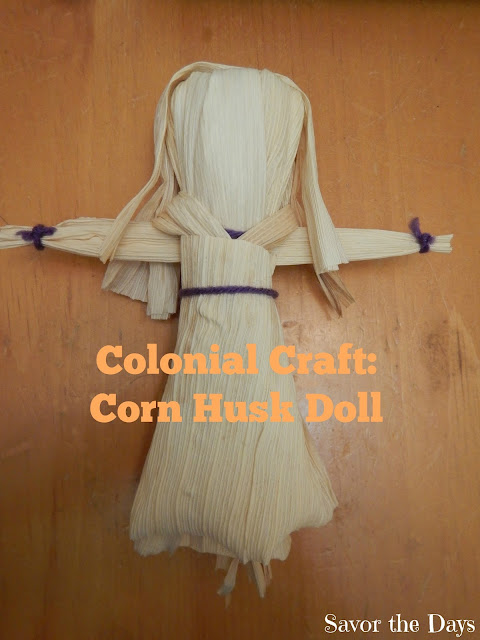 I found directions for making Corn Husk Dolls at Native American Life Living Art.  You can dry your own corn leaves or husks but I was able to find a big bag of clean, dry husks at our local store.  I soaked them in water before we used them to make them soft and easier to work with. 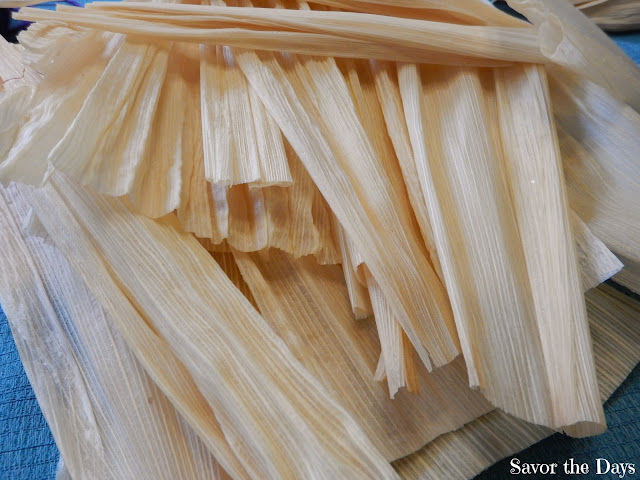 The corn husks have a wide end and then they taper down to a pointed end.  Gather four corn husks together, all lying in the same direction.  Tie them together near the end that has the wider ends.  You can use twine or yarn, whatever you have on hand. 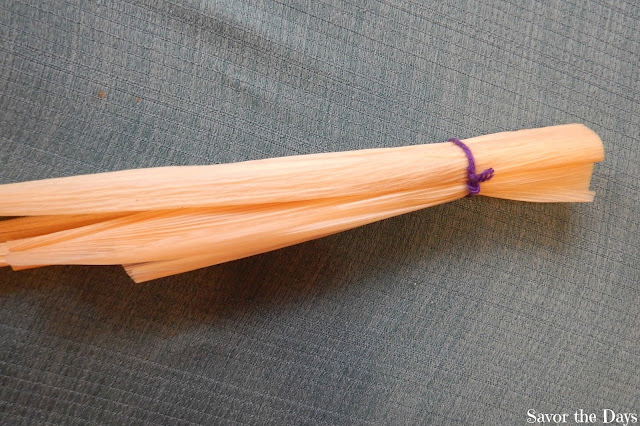 Use scissors to round over the wide end where you just tied them together.  Now, take the pieces of husk at the more narrow end and fold them over the tie you just made and then tie them in place.  This makes the doll's head. 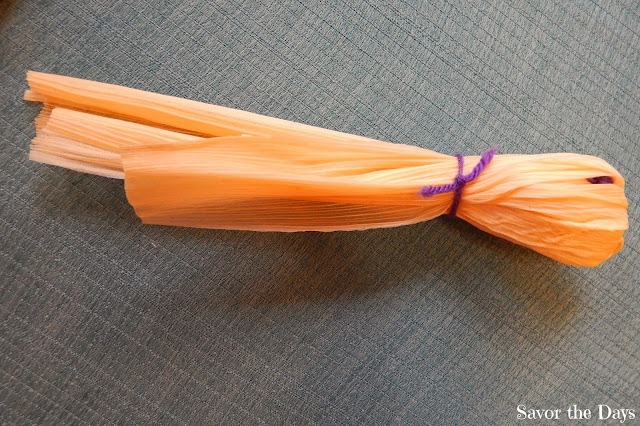 Take another piece of corn husk and roll it up.  These will be the doll's arms. 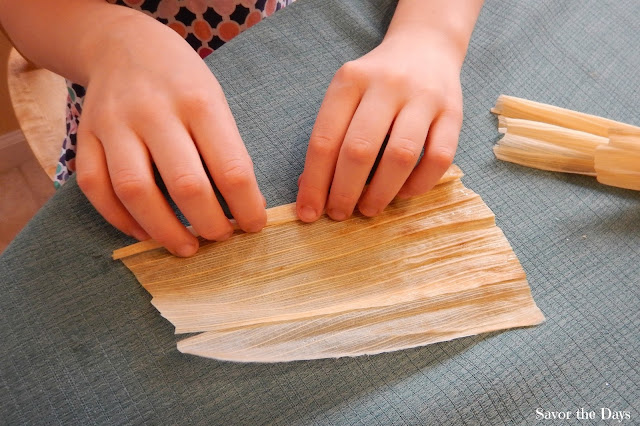 Tie both ends tightly to form the hands and then slide the piece into the corn husk body, just below the head. 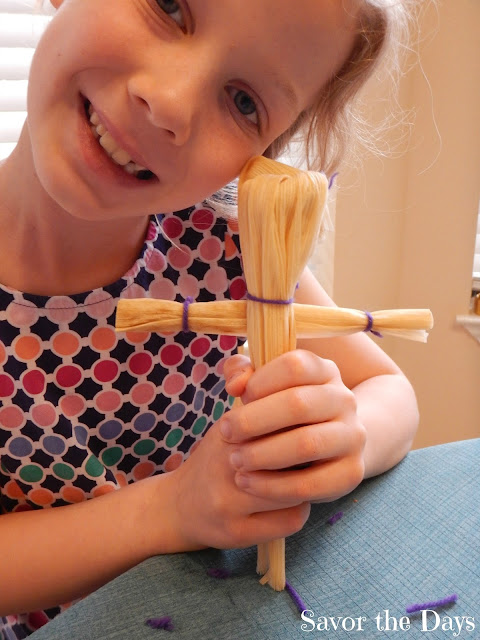 Tie the corn husks together again just below the arms to form the doll's waist. 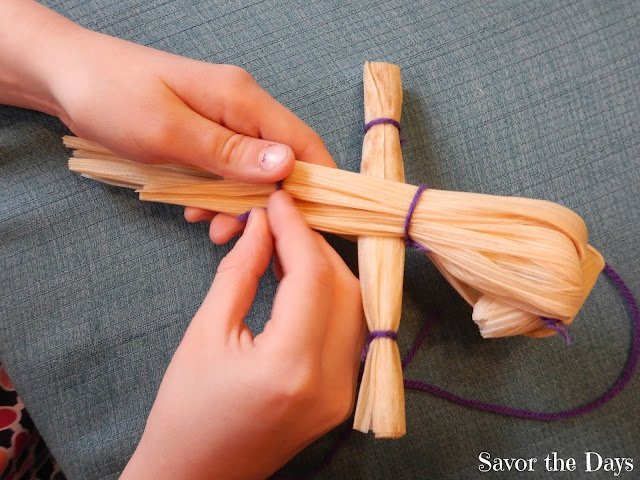 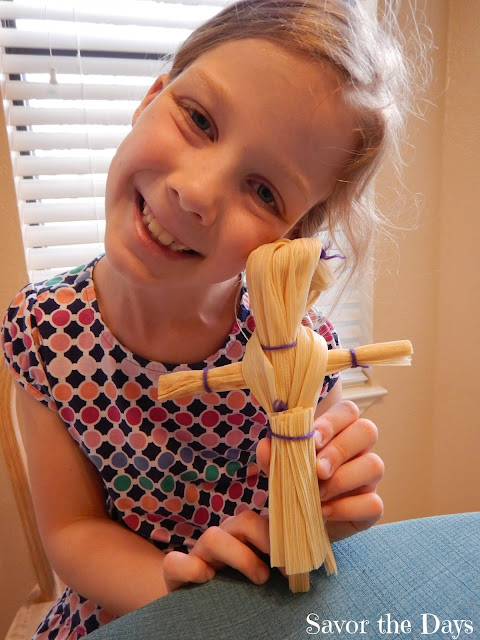 Rachel loved making these corn husk dolls.  She made several of them and she had them play together as they talked to each other and acted out scenes of colonial times.
at March 26, 2017
Email ThisBlogThis!Share to TwitterShare to FacebookShare to Pinterest
Labels: craft, history, homeschool, imagination, Rachel, toys