Taking In The Food and Sights of New Orleans

December 31, 2011
After the Insectarium, we took a little walk over to Maspero's for lunch. My Zeta "big sis" introduced me to Maspero's back in college so it was fun coming back to it again. 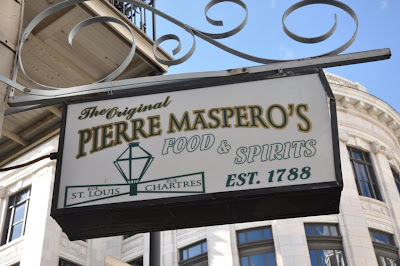 The food is Cajun-Creole influenced and the atmosphere is classic old New Orleans. 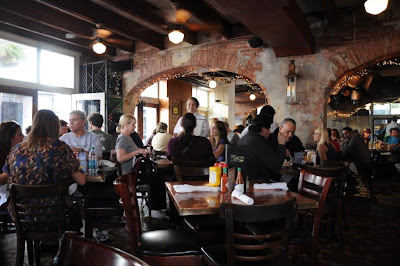 We started with an appetizer of Atchafalaya Alligator, straight from the bayou, marinated in Cajun seasonings then fried. Served with Creole mustard for dipping. It was great. But you know what they say..."Tastes like chicken". 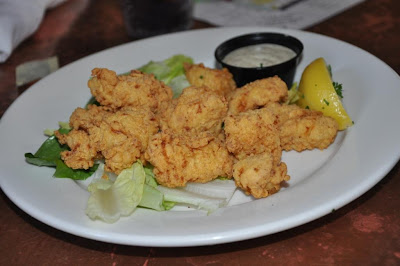 I had a hard time deciding on what to order for lunch and I almost ordered the Cochon De Lait but finally decided on an original New Orleans Muffaletta. 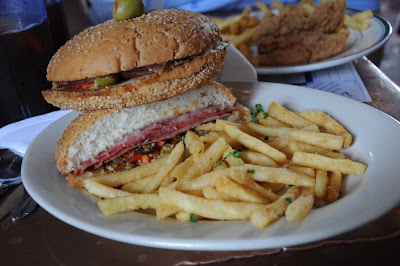 There was a lot of walking and fortunately Stuart carried Rachel for a lot of it. 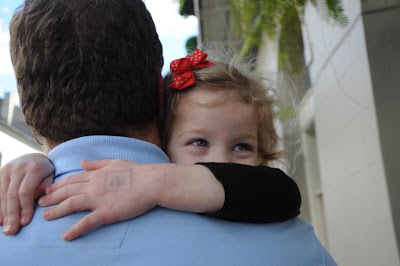 He got some sweet kisses and hugs from her for it too so I think he would say it was totally worth it. 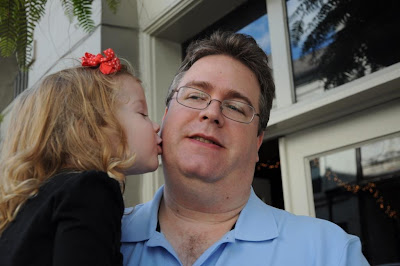 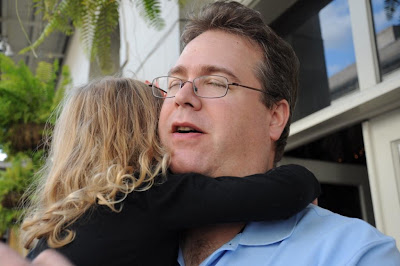 I wish we had time to take a ride through the French Quarter on a horse drawn carriage but we had just enough time to get to the Riverwalk for the Audubon IMAX showing of "Under The Sea in 3D". 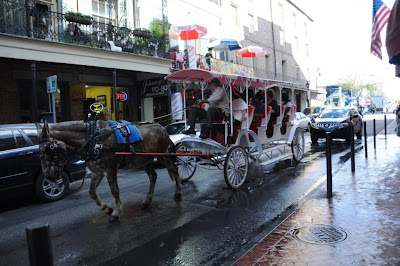 On our way, I enjoyed watching Stuart playing and jumping over the train tracks with the kids. 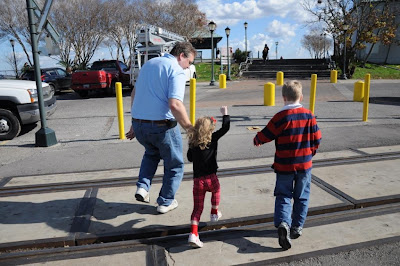 We listened to sidewalk musicians. 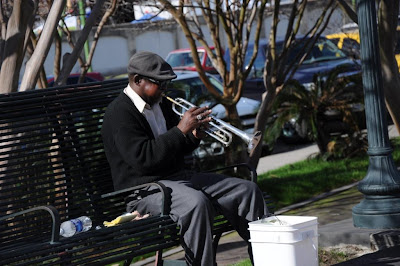 And paddle boats on the Mississippi. 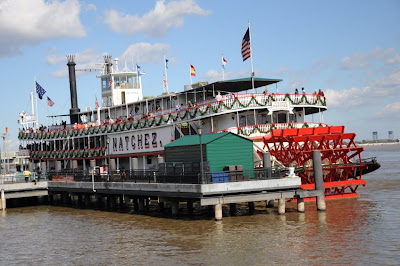 Nicholas balanced along the walkway of the Riverwalk. 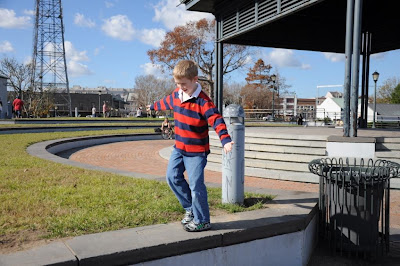 We spent some time just watching the boats go by. 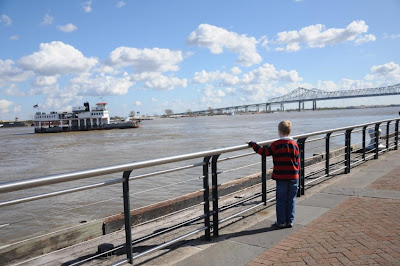 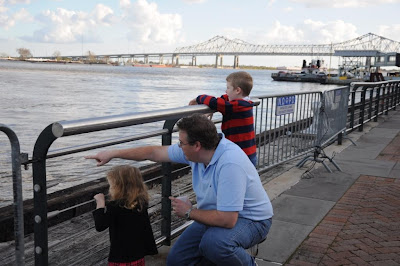 The IMAX show was great, especially with the 3D effects. It was especially fun watching the kids reach out in front of them as if they could really touch the fish they were seeing!