The Wolves had a hockey game at 8:30 in Allen this morning. It's about 45 - 60 minutes away and we have to arrive early in order for Nicholas to get all of his gear on so it was a REALLY early morning for us. Rachel has been sick so I kept her home and let her sleep late. I'm really sorry that I had to miss this one though because the Wolves won their first game of the season! Woo hoo!

In the dressing room the boys still looked a bit sleepy. 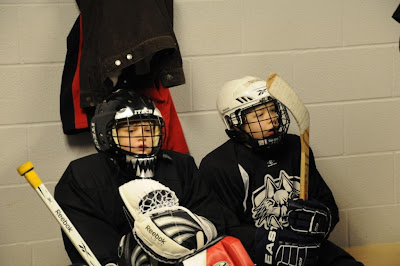 Coach Rick got the boys pepped up and talked about plays for the game. 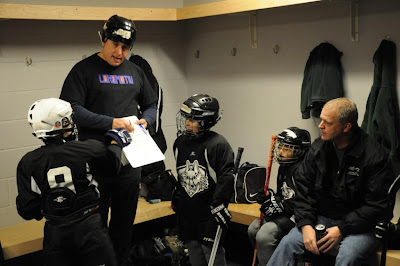 Warming up on the ice with the other team. They played the Allen Americans which is a REALLY good team that really whooped them in an earlier game this season. 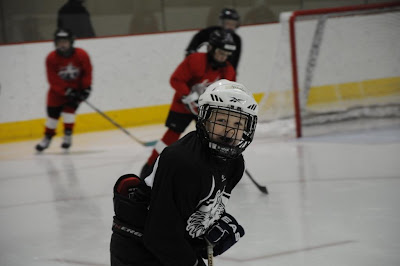 Nicholas has gotten really good about playing his position as a wing and he gets so close to scoring his first goal but it just hasn't happened yet. 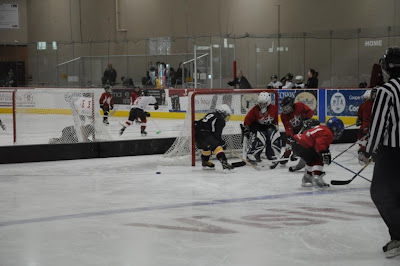 But he's having fun and getting better each week. 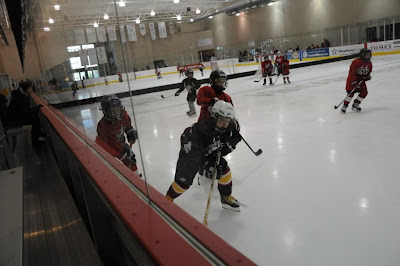 The big motivation for today though is that the team won their first game. Many of the boys, like Nicholas, have never played on a hockey team yet they are playing other teams that have more experienced players. They have worked hard these last few months and you can really see it on the ice. They play as a team and making a difference on the ice.

at December 17, 2011
Email ThisBlogThis!Share to TwitterShare to FacebookShare to Pinterest
Labels: hockey, Nicholas