Nicholas couldn't wait to go with the skateboard park with Uncle Steve! We actually went there several times during our visit. Steve was so patient with teaching Nicholas how to ride. 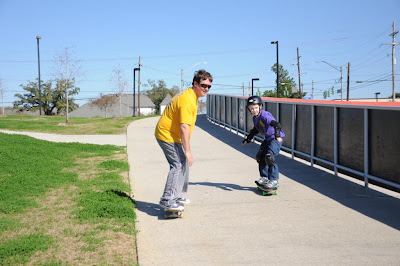 I'm curious about the stance Nicholas has chosen. My brother is right handed and skates with his right foot (dominant) forward. We know Nicholas is ambidextrous and he seems to prefer to skate with his left foot forward. We have always struggled to determine which side is dominant for him so I try to look out for things like this. 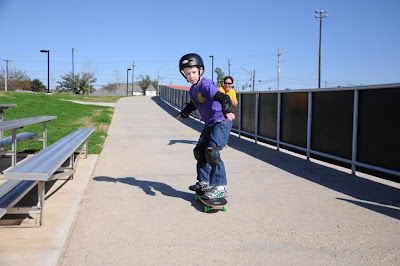 Check out this video of my little guy on his skateboard!

Of course, if there is a playground nearby, it must be played on. And if there is something to climb then Nicholas must get to the top of it. 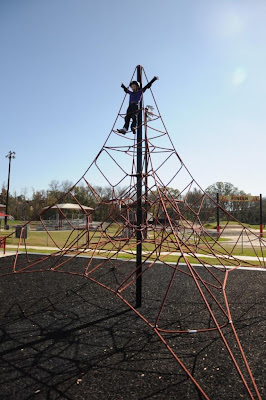 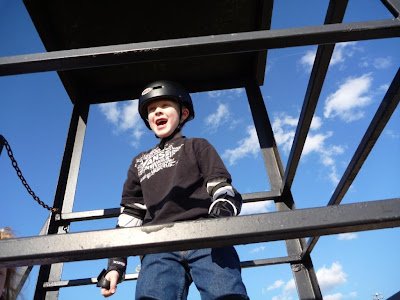 There is some cool equipment here that I guess is for practicing skateboarding in some way. However, Rachel had fun just gliding on it like a ride. The rail is a semi-circle and the foot pad/seat just glides along the rail. 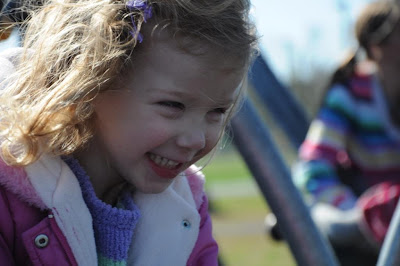 She spent a lot of time on this. 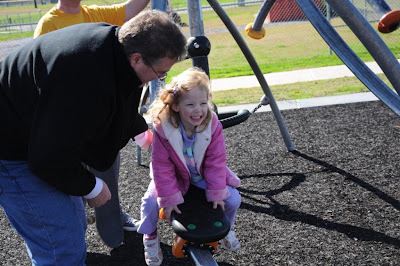 Check out my brother! 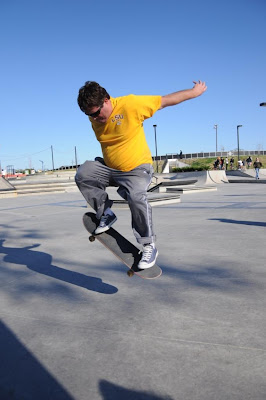 Catching some air...(I think that's the cool thing to say!) 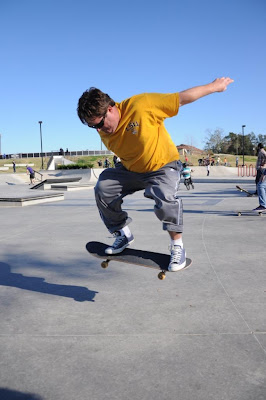 Steve taught Nicholas a little about rolling off the curb. Mommy was nervous... 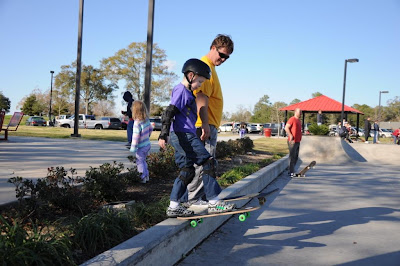 Although the entire outing was really for Nicholas to ride his skateboard, Rachel and I had a lot of fun playing too. 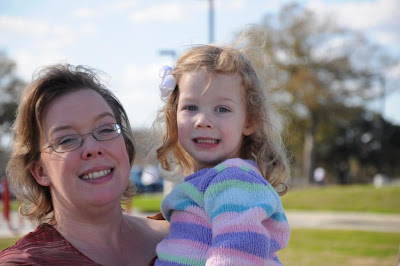 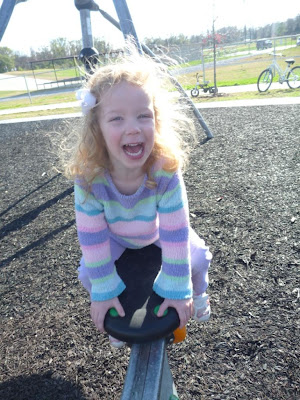 I'm sure we'll be spending a lot of time at the local skateboard park when we get back home! Look at him go! 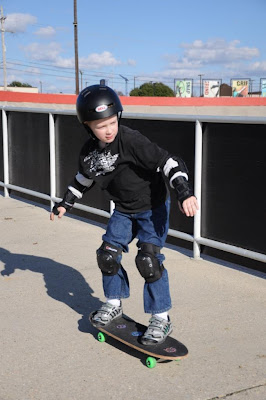 at December 30, 2011
Email ThisBlogThis!Share to TwitterShare to FacebookShare to Pinterest
Labels: Baton Rouge