December 12, 2011
Nicholas had a hockey game at the Ice at the Parks at Arlington mall today. Sometimes there are two games going on the same ice rink where each game is just played on 1/2 of the ice with a barrier across the middle. But today was a full ice game which means a lot more skating for the boys.

The team looked good on the ice and have really showed improvements since we've added a Saturday morning practice to their schedule. 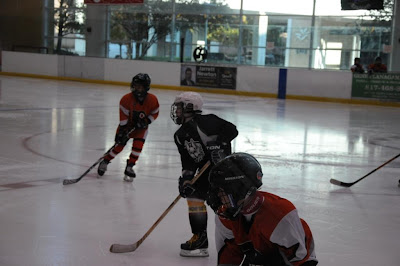 They have been working on making sure the boys understand their position and know where to be on the ice instead of everyone just following the puck in a tight little group. We were really proud to see Nicholas at the side of the goal, right where he was supposed to be. 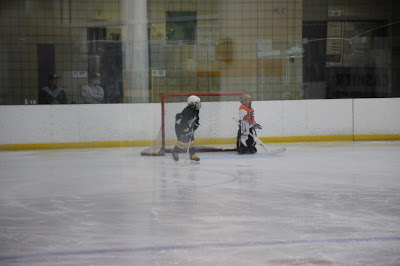 He still looks to us for praise during the game which is sweet but distracting for him since he's not watching the puck if he's watching us! 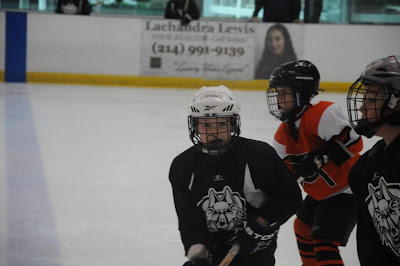 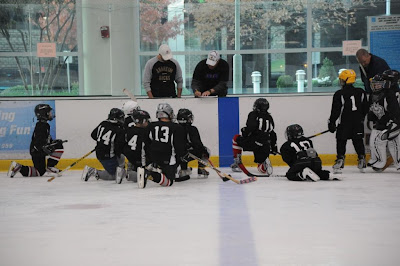 Nicholas made a few good attempts on scoring a goal but it wasn't meant to be today. 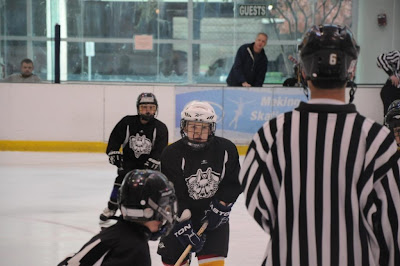 While we still haven't won a single game, we are making progress. I think this is the first game where we had 6 goals on the board and it was a hard battle to get those. 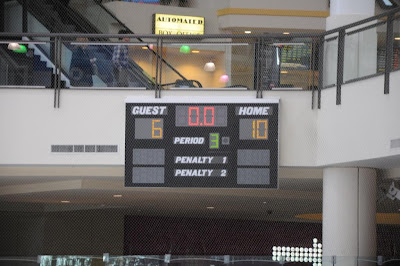 I'm proud of our Grapevine Wolves!