December 28, 2011
I had a gift card for Chuck E. Cheese so while we were in Baton Rouge we let the kids have some fun there with their cousin Jessica. Nicholas was running all around playing video games but Rachel has never been here before so it was all new and exciting for her.

She rode on some of the rides. 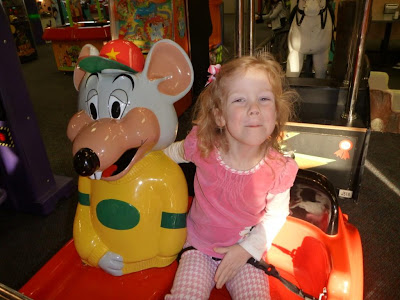 This one bounced around a lot and she started crying so I had to try to reach up and pull her off of it while it was moving. That was a bit scary. 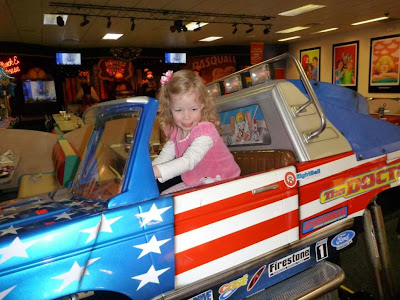 This one was more her speed! 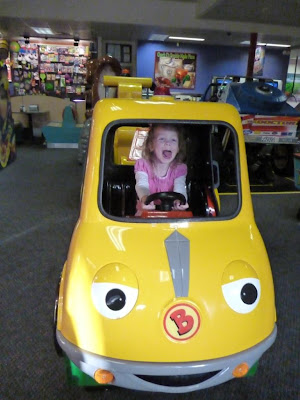 We watched the animatronic characters on the stage but it was kind of disturbing to watch Chuck E. Cheese dancing around with a missing ear! What in the world happened to him and why wasn't that repaired right away??? 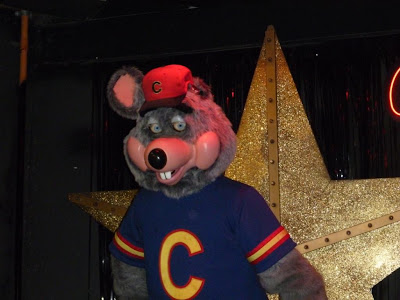 I showed her how to aim this water gun and she did a really good job of hitting the target on her own! You go girl! 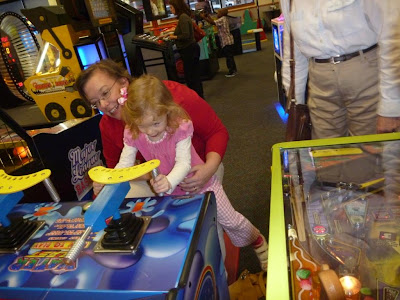