December 21, 2011
Yes, I'm very late publishing these pictures. There are lots of pictures from Christmas that I uploaded and just haven't gotten published yet. Sorry!

We took our annual picture with Santa at Scott Young Photography. We have scheduled appointments at the studio so we never have to wait an hour in line for the Santa at the mall. And what is really cool is when Santa comes over and greets the kids at the door, he knows them by name which makes it so special for them. Nicholas knows that this is the "real" Santa so we don't go anywhere else for our pictures.

Although Nicholas is always excited about Santa, Rachel usually hasn't been. We have the screaming baby pictures and we have pictures with Santa secretly standing behind her just so we could get him in the shot. I was expecting the same kind of thing this year. But my little girl surprised me.

Although she was hesitant about the big guy at first, she eventually sat on his lap and relaxed enough to start telling him about what she wanted for Christmas. 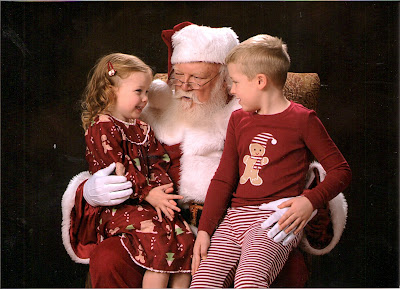 Finally, a picture with both of my sweet children sitting on Santa's lap. As much as I love the picture, I'm a tiny bit sad that my little girl has grown up enough to outgrow her fear of Santa. There was just something so cute about it. 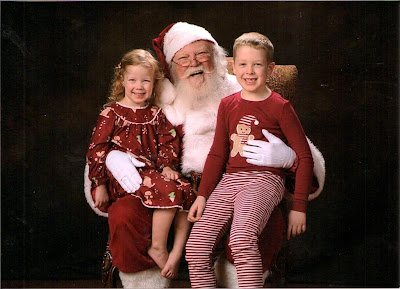 Santa sent letters to the kids again this year. Nicholas recognized the envelope as soon as he saw it in my hands. 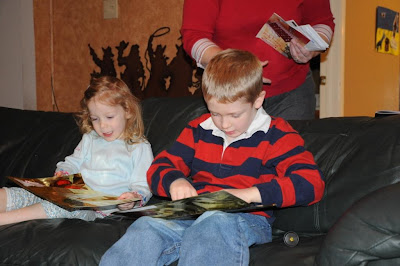 He read his letter to us and got really excited when Santa said that he would visit Nicholas at his grandmother's house first on Christmas Eve. 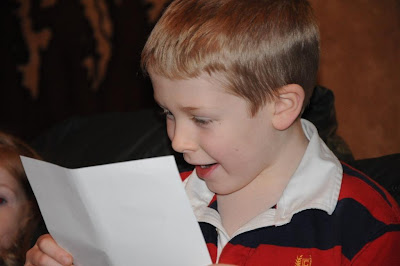 I read Rachel's letter to her. 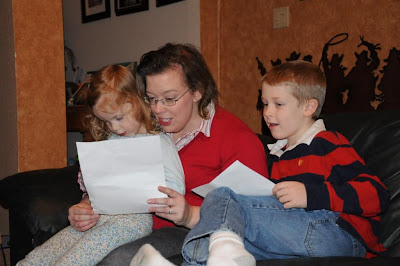 I don't know that she really understands the idea behind Santa's letter yet but it is fun starting the tradition with her this year. 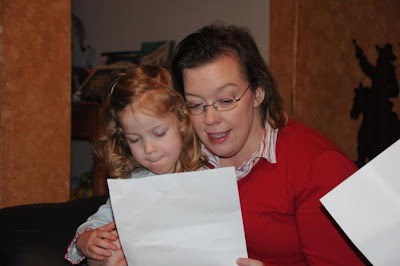 Check out Package From Santa for more info on these awesome letters. I really love this company!

Of course, we were all excited about the letters from Santa that we made a practice batch of Christmas cookies for him. You've got to test these things out before you leave them for him on Christmas Eve, right? 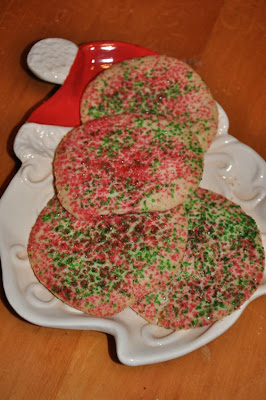