We went to Disney On Ice - Toy Story 3 tonight! It was so much fun. 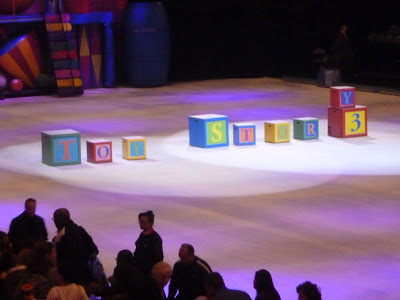 We pulled up to the American Airlines Center and Nicholas said, "I knew it! We're going to a Stars game!" We parked in our usual game parking lot and the kids were both excited about the hockey game they thought they were going to see. 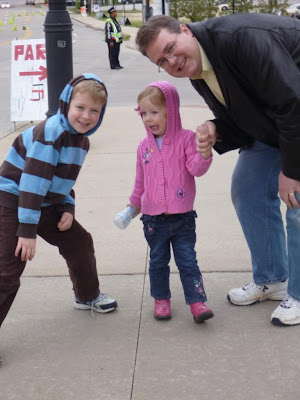 Nicholas even commented that he remembered this blue wall from the last Stars game he went to so surely we must be going to another Stars game. 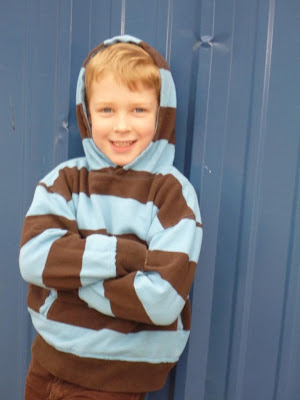 As we were waiting in line, Stuart was holding Rachel in his arms. She was smiling and I said she had a happy face. She replied, "Here is my grumpy face" and posed for me. 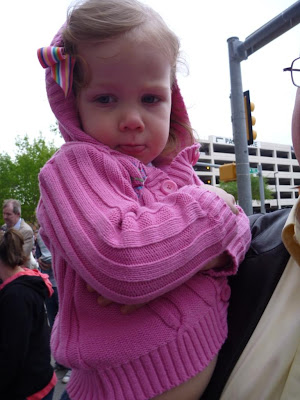 As we were in line, Nicholas started questioning his assumption about the Stars game. He noticed that there wasn't anyone there wearing a Stars jersey. He did notice that there were a lot of kids there wearing Toy Story shirts. He guessed that we were going to see Toy Story and I showed him the tickets so he could read it for himself. 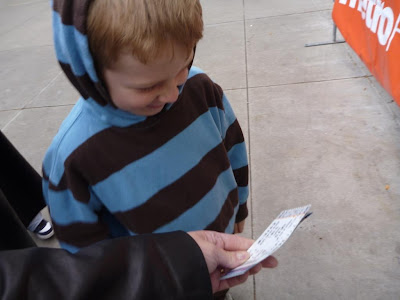 I don't think it really sunk in until we were inside the arena and he saw all of the Toy Story promotional items. He then let us know that he was just a little excited about being here.... 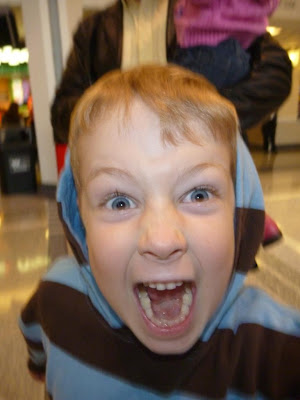 I love these little guys and I love to see them so excited to be here. 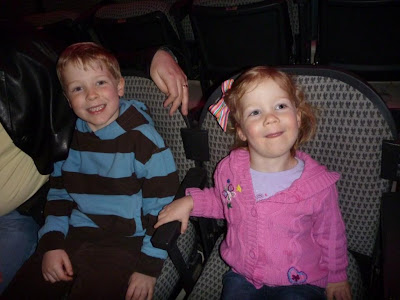 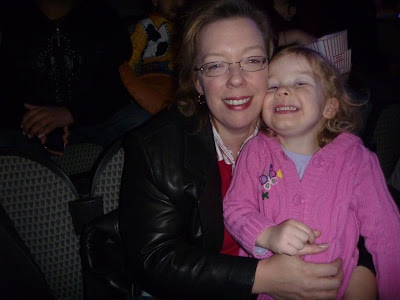 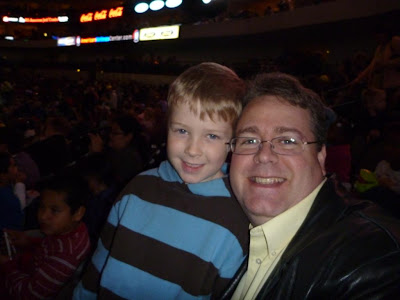 Once the show started, Rachel was just amazed at the lights and effects and seeing her favorite Toy Story characters dancing around on the ice. 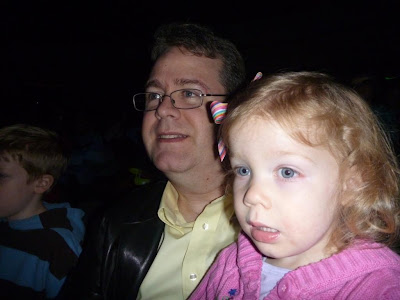 I was pretty amazed too. The costumes, music, and routines were fun and engaging. I really had a great time myself. 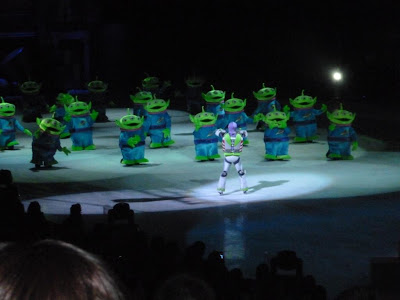 That is, until this lady sat down in front of me. What's up with that hair? It must stick up 2-3 inches high! Fortunately she moved back to her original seat and quit blocking my view! 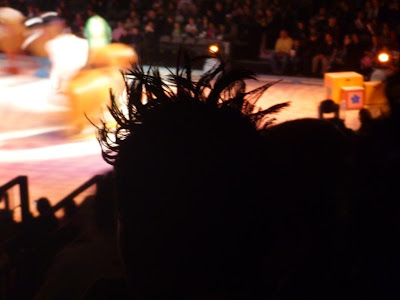 I wasn't really sure what to expect of the show but all the characters were there and they performed the entire Toy Story 3 movie. It was a lot of fun! 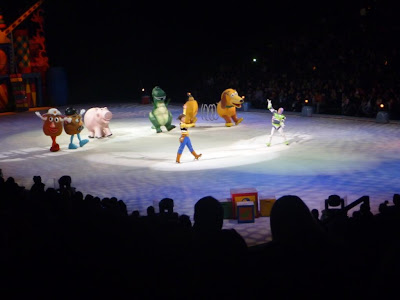 at March 31, 2011
Email ThisBlogThis!Share to TwitterShare to FacebookShare to Pinterest