Nicholas is so proud of this art project. As you know, we have been studying Indians. We've learned about how they use materials on their land to make the things they need to live including their own clothing.

We learned a little bit about weaving and we decided to make our own Indian weaving out of cardstock paper.

Nicholas started by cutting one color into 1 inch strips. Then for the other sheet of paper, he folded it in half and used a ruler to draw lines from the fold to one inch from the edge of the page and 1 inch intervals. Then he cut along the lines.

Finally, he wove the strips of paper into the cut piece of paper. 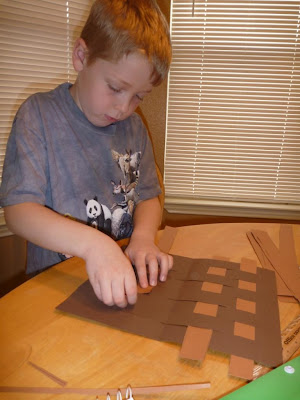 It got a little tedious but Nicholas was so excited to see what he work was producing that he didn't mind it. He kept looking at the progress he was making and just kept going. 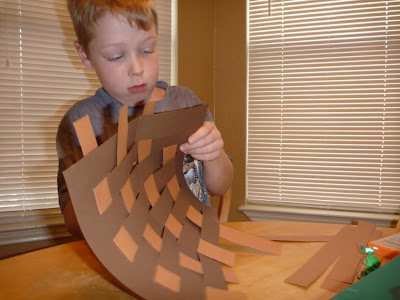 And now he has his very own weaving, created entirely on his own! 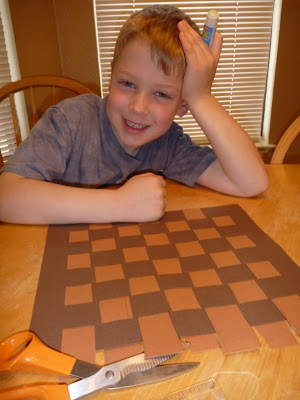 He also trimmed to strips flush with the larger sheet of paper so there is no overhang. Then he glued the strips down for a finished look.
at March 25, 2011
Email ThisBlogThis!Share to TwitterShare to FacebookShare to Pinterest