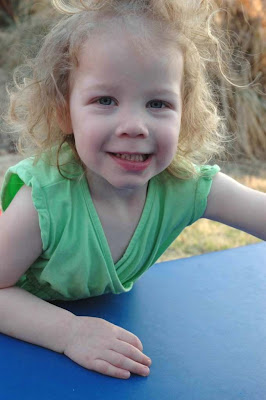 We've had a nice St. Patrick's Day. We had green grits for breakfast and all wore green shirts. We did some crafts and had some fun. 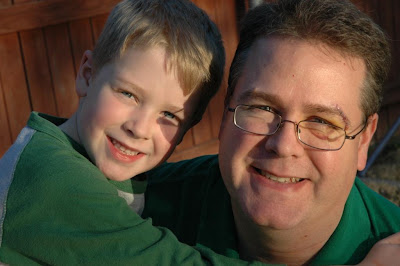 But the most fun we had today was making Oobleck, the ultimate green goo! Grandmother C. introduced us to Oobleck when she read "Bartholomew and the Oobleck" by Dr. Seuss to Nicholas years ago. Since then we regularly read the book and make our own Oobleck.

Oobleck is fascinating stuff to experiment and play with. Scientifically, it's called a non-newtonian fluid because it's viscosity changes based on the stress applied to it. When action is taken on it, it is firm. You can pick it up and hold it. But once the stress if removed, it seems to melt and oozes right out of your hand. It's hard enough to walk on but it pours like a liquid.

It's really crazy fun for kids and adults.

And best of all, it just washes clean!

Yep, that's it. Simple ingredients and so simple to make.

Nicholas did the measuring. 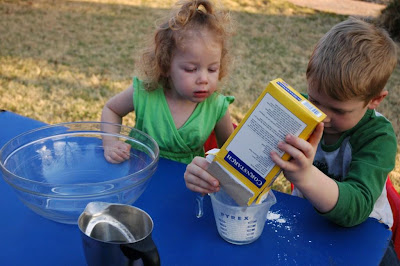 Rachel did the pouring.

Both kids had to take turns adding the food coloring. 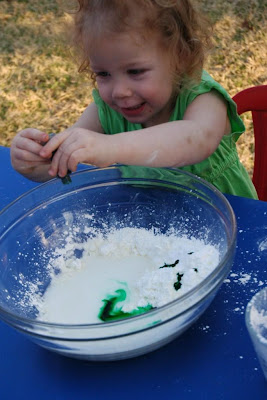 I told them to mix it all up with their hands. Rachel didn't like the texture of it and wanted to go wash her hands. 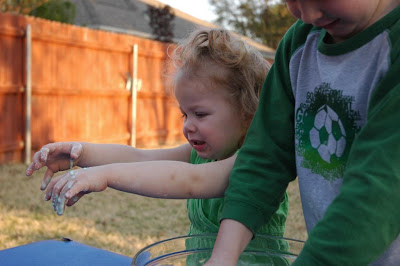 Nicholas dunked his hands right into the Oobleck. 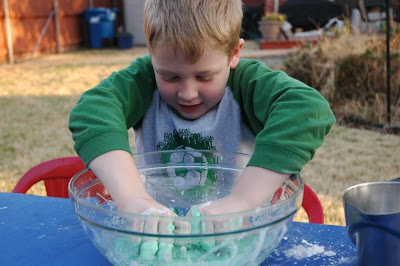 And he picked off chunks of it and held it up for us to see. 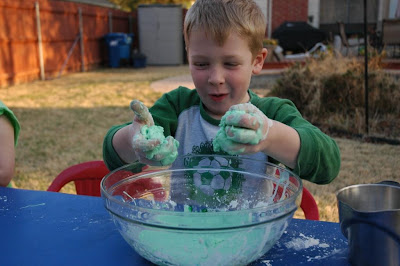 But as he held it for a moment, the Oobleck became a liquid again and dripped right out of his hands. 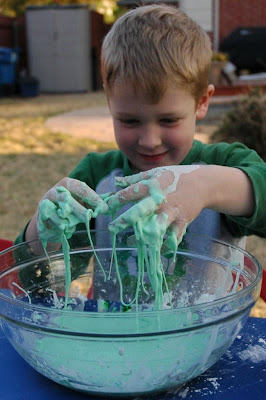 Nicholas tried to put his whole hand down in the Oobleck. He had to push really hard to get it this far in. 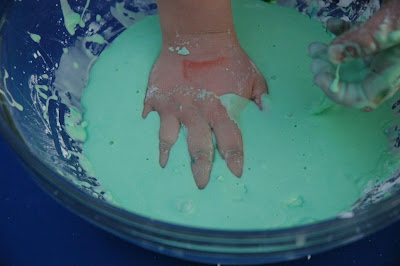 When he pulled out his hand, he saw the imprint it made in the Oobleck.

This whole time, Rachel was still picking at the dried Oobleck on her hands from her original attempt at mixing. 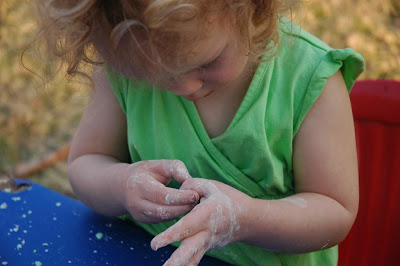 We convinced her to try to push the Oobleck like Nicholas had done. 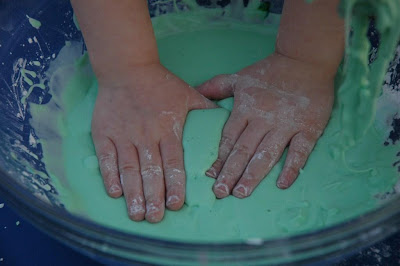 She pushed and she pushed. It was hard. 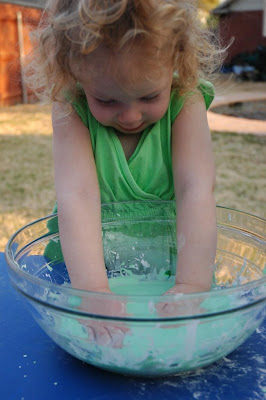 Sticky goo stuck to her fingers! 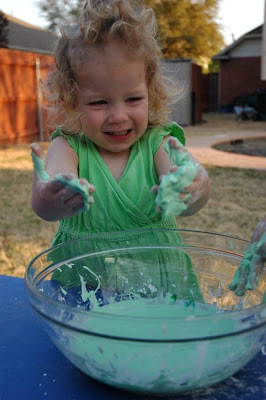 If you've never played with Oobleek then you should really give it a try. It's like nothing you've ever seen before!
at March 18, 2011
Email ThisBlogThis!Share to TwitterShare to FacebookShare to Pinterest