Ever since we won those ice skating lessons for Nicholas in December, ice skating has been the big thing in our family. 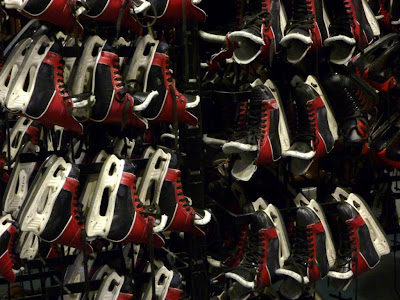 Nicholas skates quite well now. He likes to try to help teach me how to skate. It's really cute. 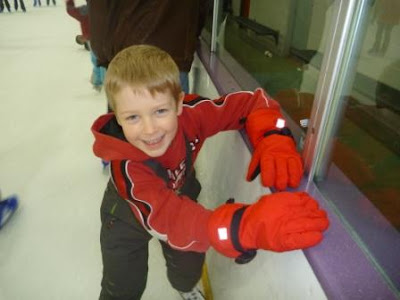 This was essentially my first time on the ice rink. I grew up in south Louisiana where they is no ice in the winter. But for a month or so around Christmas, they would turn a convention center into an ice rink so us hot Cajuns could try out a little ice skating (and make total fools out of ourselves). 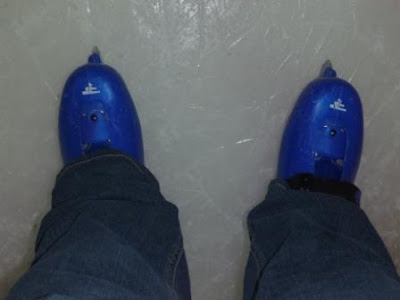 I have a vague memory of being at that ice skating rink with my younger brother but I also remember falling pretty hard before I made it around the rink once and I have had no interest in ice skating ever since.

Fortunately, Stuart is not so timid of the ice and he loves ice skating. So he has been going with Nicholas to help him get in some practice for his class. And now he's also letting Rachel try the ice a little. 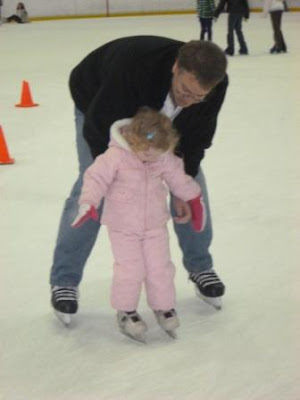 Every time Nicholas goes to ice skating class or goes to the rink to practice, Rachel says that she wants to go ice skating too. 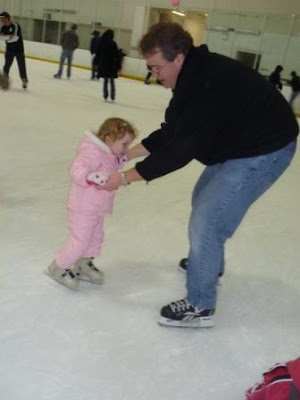 She's got good balance and doesn't get upset when she falls on the ice. Of course, Stuart doesn't let her fall very much because he's always right there with her. 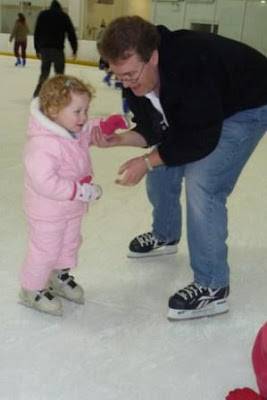 Although most kids just wear their regular clothes and a light jacket, my kids prefer wearing their snow suits when they ice skate. It keeps them from getting chilled but most importantly, they are water proof so they stay dry no matter how many times they fall down. I'm glad they have found a way to get a few more uses out of the snow suits that typically only get worn about two to three times a year. 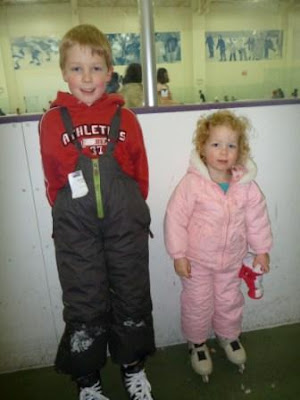 Here I am, barely standing on my own, and Rachel decides that she needs to be held RIGHT NOW. Thankfully, Stuart came over and saved the day or else we might have both fallen on the ice. 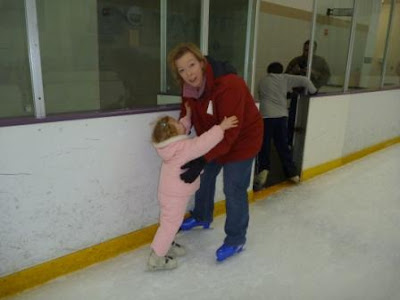 at March 08, 2011
Email ThisBlogThis!Share to TwitterShare to FacebookShare to Pinterest