We braved the heat and ended up having a great time at Wild About Flower Mound. This is an annual event that includes a fantastic environmental/nature education piece that is geared to both adults and children. There are presentations throughout the day for adults but with my two little ones in tow, we just focused on the children's stations. For the nature nut that I am, it was great.

We learned about snakes and what to watch out for. Rachel was fascinated with this snake in a jar (it wasn't alive!) 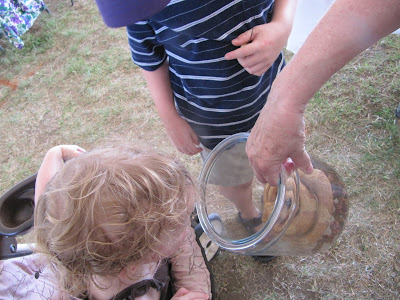 Nicholas' favorite part of the nature exhibits was the bat station. Look at this little bat skeleton (yes, it's real). They are so little. 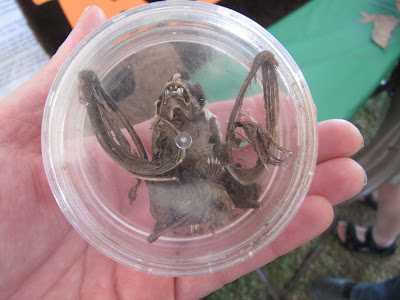 They creep me out a bit but Nicholas just loves them. He even sang his "echo-location" song for one of the ladies at the booth. He got to make his own little bat to take home. 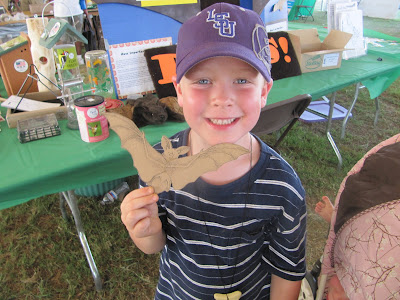 We learned about local birds in our area and Nicholas was excited to be able to identify several of them on his own and he even knew a few of their bird songs. Welooked at feathers under a microscope. 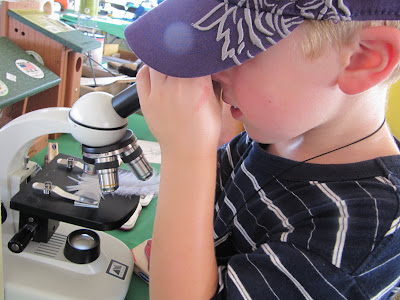 We even learned about the importance of feathers to keep the birds warm and dry as well as the importance of their shape in helping them fly. Think of an airplane wing. It is shaped much like a bird's feathers and they both create an airfoil which causes the air to flow faster over the top and create lift.

We also made bird feeders with paper towel rolls covered in peanut butter and rolled in bird seed. Rachel tried to make one but she kept eating the bird seeds. 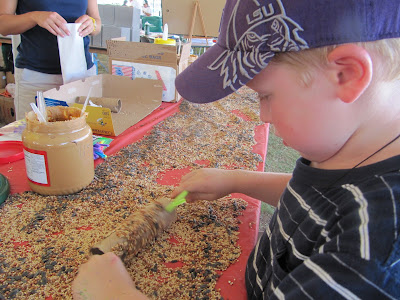 Nicholas already knew about counting the rings in a tree trunk to determine its age so he was excited to count the rings on this piece. 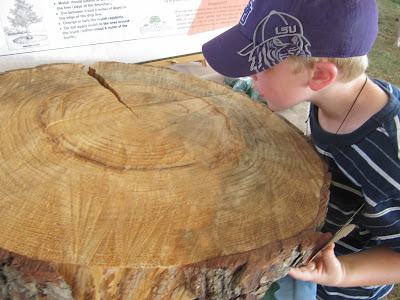 Rachel and Nicholas both did leaf rubbings. 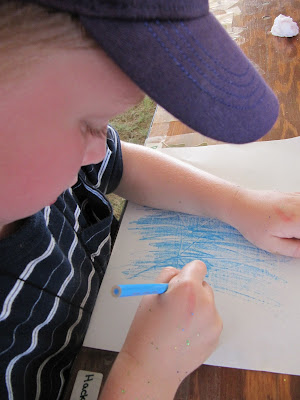 I love the way these were set up. The leaves were laminated to protect them and then labeled and attached to the edge of the table so kids could easily identify the leaf and make multiple rubbings by just moving to different spots. Sure beats my way of doing them which is a bag of dried leaves collected last fall that are easily broken and hard to sort through when I dump then out in the middle of the table. I'm definitely re-doing my leaf collection like this next fall. 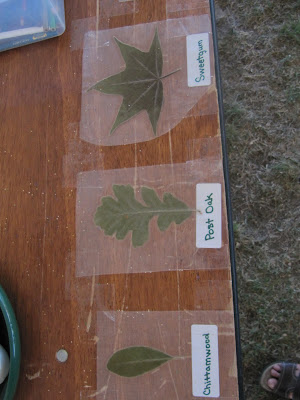 We saw lots of booths for local vendors. There were so many great items that I wanted to buy but I was saved from temptation by two little ones who had no interest in shopping. 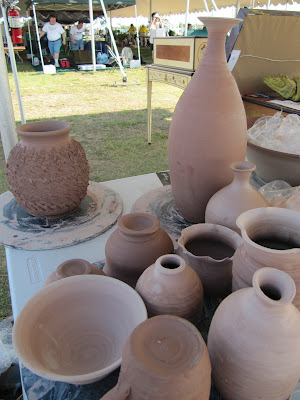 Instead, we spent a lot of time in the children's area where we played games... 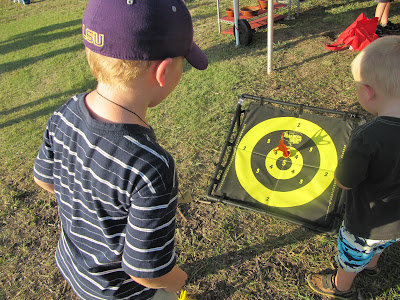 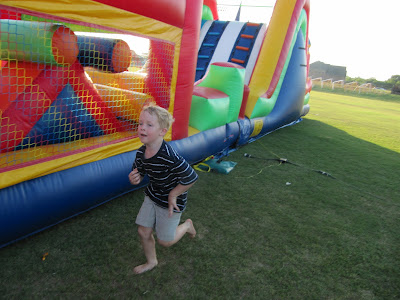 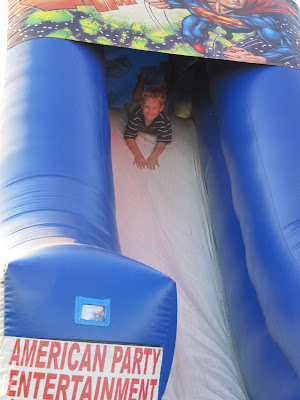 Rachel wore out before Nicholas did so she was content to sit in her stroller and share some lemonade with me while Nicholas ran and played. 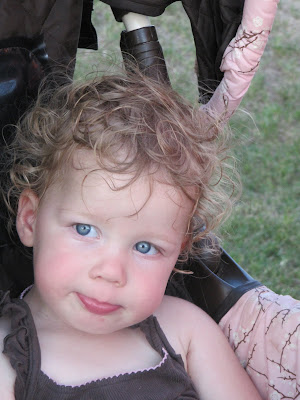 Next we visited the petting zoo. This was a major milestone for us. Nicholas has always been excited about petting zoos but when an animal would get close to him he always got scared and backed away. This time was different. Maybe he's just grown out of it. Or maybe it was because he wanted to be the Big Brother and show Rachel what a petting zoo was all about. Either way, I was proud of him for his new courage. 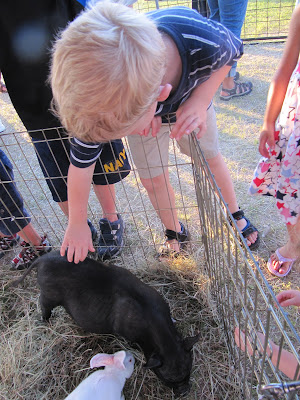 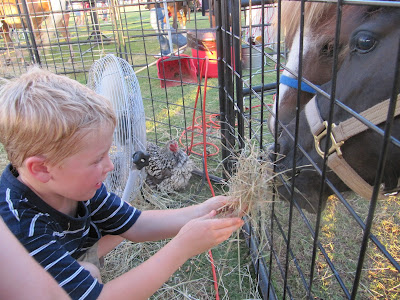 On the other hand, this was Rachel's first time in a petting zoo and she wasn't quite sure what to think of it. She was excited to be so close to the animals but squirmed if they got too close to her. 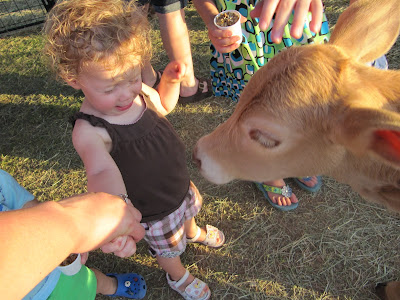 She pet the baby goat for a little while but when it turned its body closer to her, she pulled her hand back with fear. 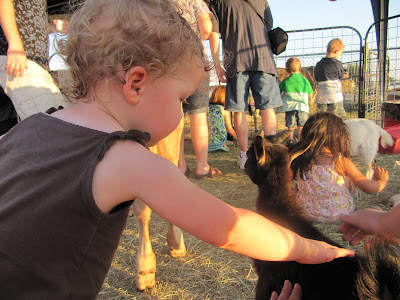 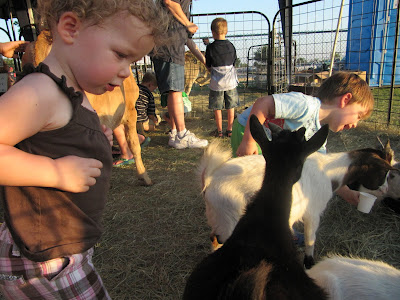 The chickens and Rachel seemed to have a good arrangement. The chickens stayed hidden behind the fan and Rachel admired them from a safe distance away. 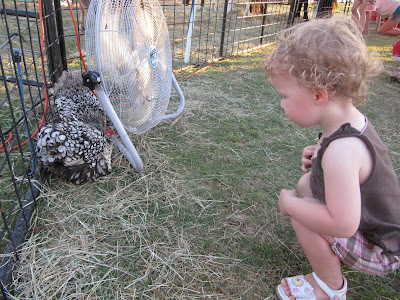 As we left, Nicholas asked to get a picture taken with one of the winners of the car show. He loved the paint job with light blue flames on the dark blue car. He's all boy. 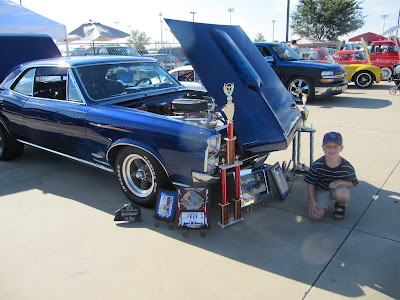 at June 19, 2010
Email ThisBlogThis!Share to TwitterShare to FacebookShare to Pinterest