Running and Sweating at Soccer Camp

Nicholas had soccer camp this week at Flower Mound High School. He was proud that he got to start camp while Granddad was still here. 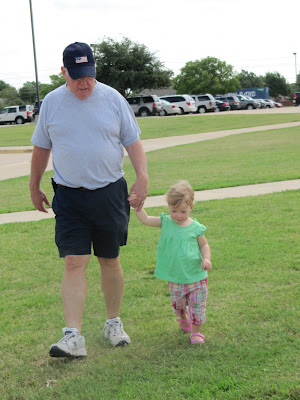 However, by the end of the first day, Nicholas said, "I'm not sure I want to play soccer anymore. There's too much running and sweating!" Hmm, isn't that the deal with most real sports?! He's really active and loves to run so it really surprised me that he was so tired after one day of soccer camp. However, the temperature is soaring out there so for the following days, I made sure he had extra water and even a snack to get him through the day. He seemed to enjoy the rest of the camp better and was ever excited about showing off on the last day of camp. 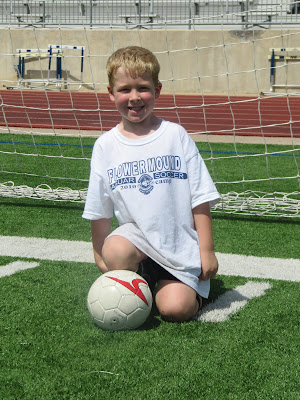 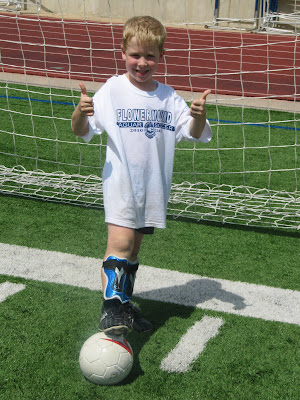 He still isn't sure about playing soccer though. He definitely wants to continue with his karate and swimming lessons but now he may want to go back and try baseball again. Although he is a confident person, he doesn't seem to have to courage to jump into a team setting and really go after the ball. He seems too intimidated to try to snatch the soccer ball away from an opponent so he ends up just running down the field following it at times. Maybe the individual sports like karate and swimming are a better fit for him. His swimming coach has mentioned that he would be good on a swim team so maybe that can develop into his team sport. We'll keep hunting until something really clicks for him.
at June 18, 2010
Email ThisBlogThis!Share to TwitterShare to FacebookShare to Pinterest