Yesterday afternoon we picked up Granddad at the airport. The kids were so excited to see him!

Granddad was sweet to arrive at the house and instantly become a babysitter for Nicholas while Stuart and I took Rachel to a pedicatric ENT. She has a bump in her mouth, at the back of her palette, that doesn't seem to bother her but it won't go away. The doctor said it was probably just a dermoid cyst and may go away over time on its own or we can have it removed if it starts bothering her.

After the appointment, we picked up Granddad and Nicholas at the house and headed over to Texas Roadhouse for some dinner. We love their food! It may not be Ruth's Chris Steakhouse but they've got great steak for a decent price. Nicholas loves their little slider burgers but he really didn't care what he ate as long as he got to sit next to Granddad! 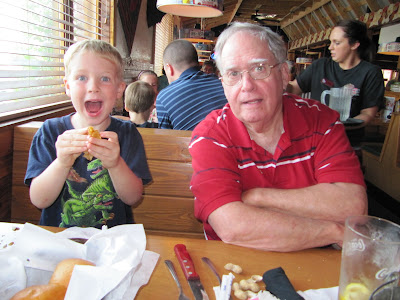 I like this picture of Rachel, not because she's chewing on a straw, but I love the lighting, her blue eyes, and her tossled curls. 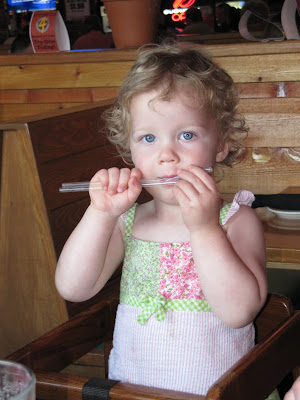 Rachel had fun playing with Granddad.

Today we took Granddad to our fossil hunting spot on Lake Grapevine. Nicholas made sure to pick up "walking sticks" for everyone and he carefully helped Rachel walk down the path to the lake. He is such a loving big brother! 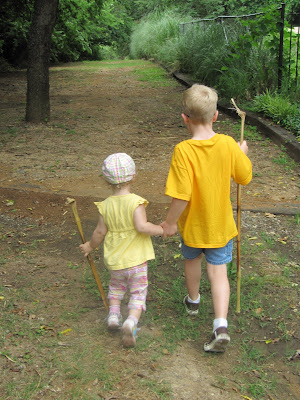 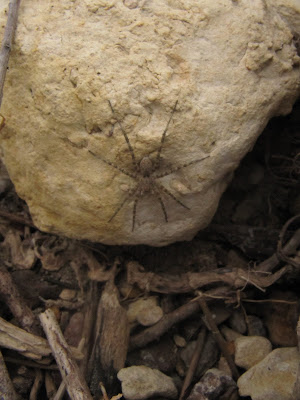 ...and this dead bug with the striped belly. Any idea what this is?? 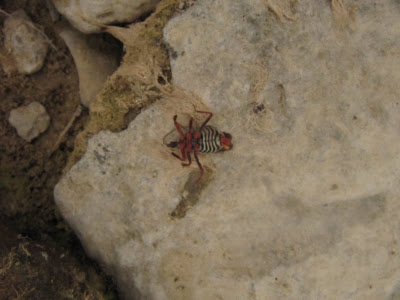 Nicholas enjoyed this white millipede. He first had called it a centipede but then we noticed that it has two legs on each body segment instead of just one so we knew it was a millipede. 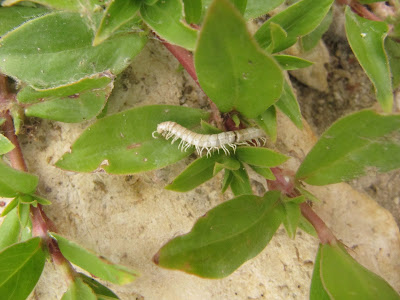 We all had fun combing the rocky shoreline for neat rocks, shells, and fossils. Yes, fossils at Lake Grapevine. Millions and millions of years ago the entire DFW area was once under water. We have found fossilized scallops and oyster shells as well as some other interesting fossils that we haven't identified yet. 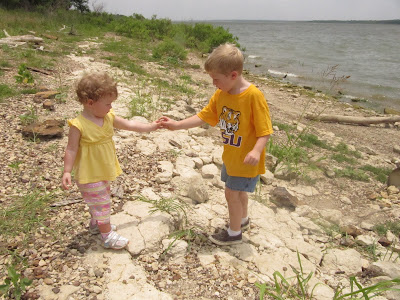 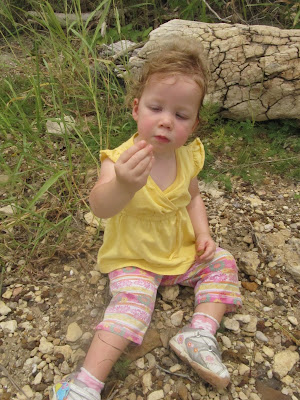 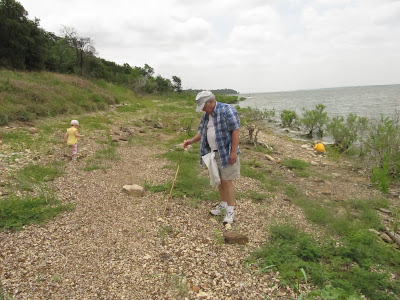 I've got so many pictures of Rachel sitting on unusual things. Everything is a chair for her. She enjoyed walking around sitting on different rocks. 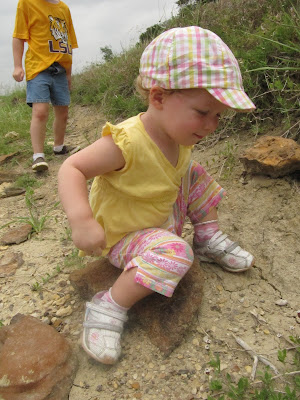 Nicholas found a dead gar at the water's edge and was obsessed with poking it, turning it over, poking it some more, looking in it's mouth, and poking it a little more. Who knew that walking stick would come in so handy! 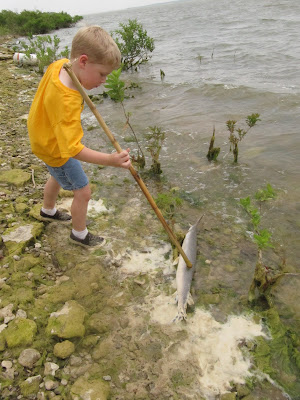 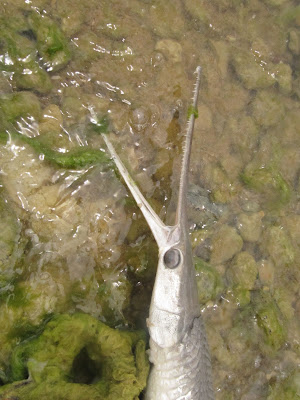 We sat and rested while we looked at the fossils we had found. 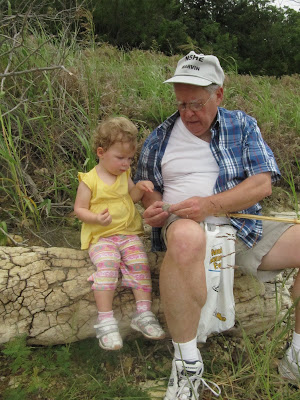 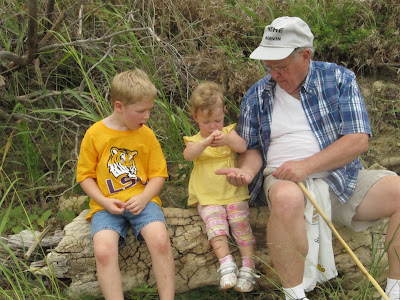 Look at this giant piece! It's a rock of limestone embedded with lots of scallop and oyster shell fossils. I wonder what else might be in this piece that we can't even see. 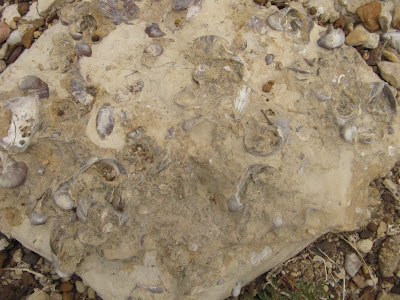 After a hot day at the lake, we met up with Daddy at Rita's for some italian ice. 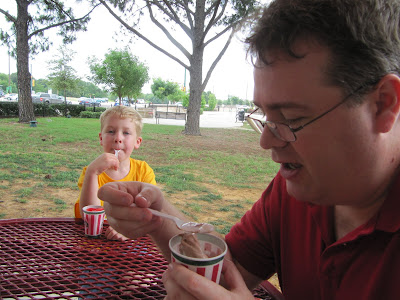 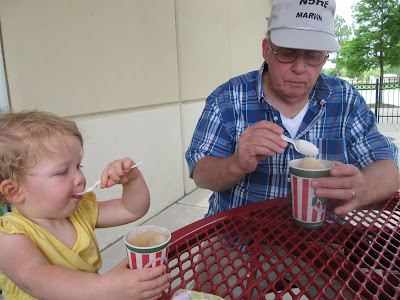 Afterwards, Nicholas had to run through the fountains to cool off some more. He loves playing in water! 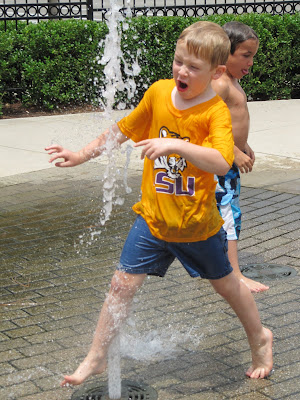 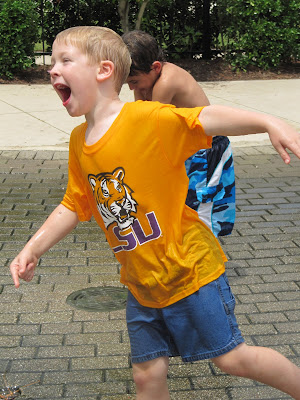 Rachel's still not sure about those fountains but she sure looked cute as she watched them. 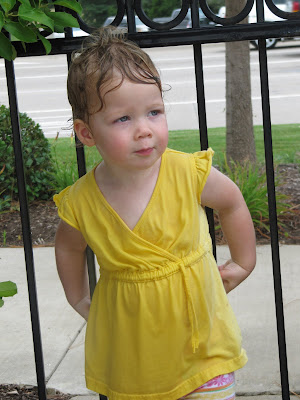 at June 12, 2010
Email ThisBlogThis!Share to TwitterShare to FacebookShare to Pinterest