Nicholas had a little graduation ceremony at his school today. I can't believe he has finished kindergarten! Where did the time go? 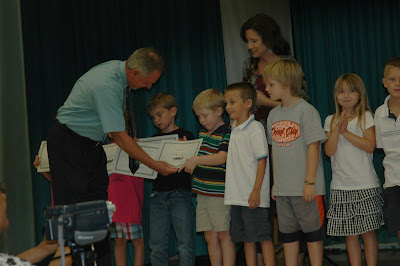 It's been a good year for Nicholas. He has learned a lot and has really developed an enjoyment of math and reading which are so important for future learning. He picks up books on his own and reads them aloud to himself. He works on math problems on his own to figure out solutions to problems. He has also become quite a creative artist. I have kept all of his art work for the year and plan to put them in a scrapbook for him to keep.

As we were walking out to the van after school, Nicholas was only interested in talking with Rachel. He gave her a big kiss when he saw her and told her all about his day at school and what they will do this weekend once Granddad is here with us. I am filled with joy over how Nicholas loves his little sister. 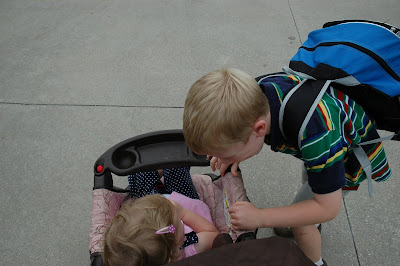 at June 09, 2010
Email ThisBlogThis!Share to TwitterShare to FacebookShare to Pinterest