Santa Claus is in Town!

Nicholas and Rachel had a wonderful visit with Santa Claus tonight. We went to Scott Young Photography instead of the mall and it was so worth it! I highly recommend them. Every year we've gotten pictures of Nicholas with Santa Claus but Nicholas is usually a little scared about sitting on his lap and never wants to talk to him. This year was completely different. Nicholas held Santa's hand as they walked to sit down. Santa talked to him about what he wants for Christmas. Of course, Nicholas said he wanted the new Star Wars Millenium Falcon toy and lots of Star Wars action figures. He also said he wants the Crayola Glow Station. 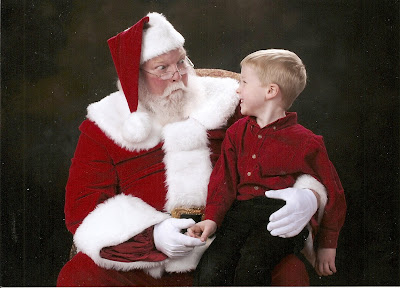 Here is a great picture of Rachel and Nicholas with Santa. Rachel was just mesmorized by the jolly old guy. Merry Christmas! 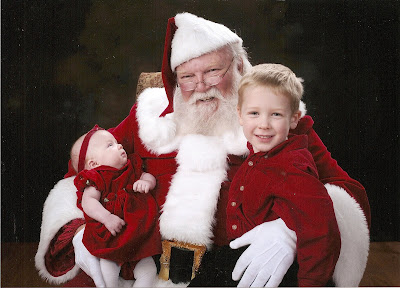 at December 10, 2008
Email ThisBlogThis!Share to TwitterShare to FacebookShare to Pinterest