This morning we went back over to my brother's house to spend a little more time with my side of the family and to let Nicholas play with Uncle Steve.

Stuart wanted to get some nice pictures so he asked us to pose on the couch and look comfortable. We got comfortable but we looked sloppy. Stuart told us that he read somewhere that if you are comfortable when posing for a picture that you probably look sloppy. In order to look comfortable, we would probably have to be a little uncomfortable. He meant that we might have to sit up straight or turn our heads slightly in an awkward way. My brother, being the comedian that he is, thought he would be most uncomfortable if he put his foot behind his head. What a jokester! 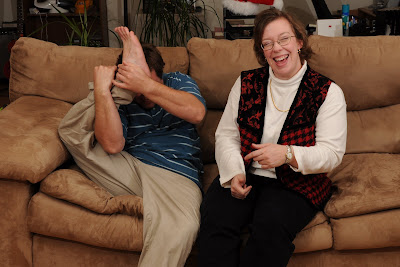 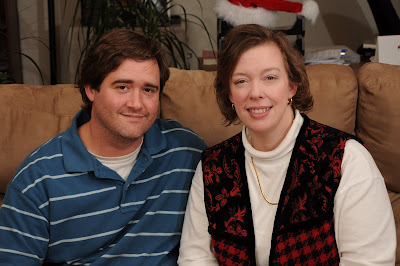 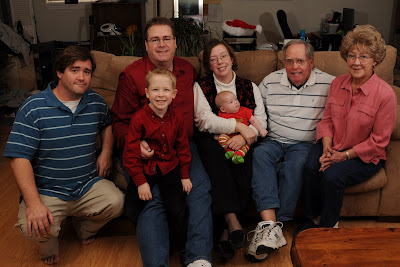 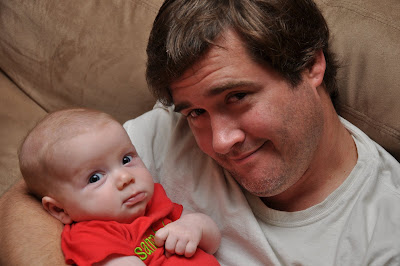 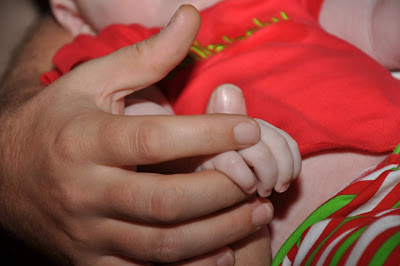 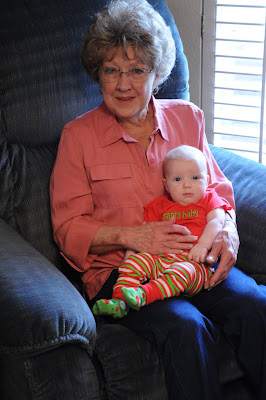 We headed back to Stuart's parents' house this afternoon for Christmas #3. There were tons of presents for Nicholas, Rachel, and their two cousins. It was a fun madhouse of toys, wrapping paper, and ribbon. Nicholas got a light saber, lots of cool Legos, a Rock Hunter Excavation kit, 2 Planet Hero action figures, several books, a tiger snake Webkinz, a Star Wars game for his Leapster, and Nerf Dart Tag game. Where will we put all of these toys once we get home?!! 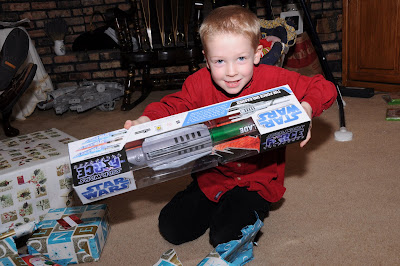 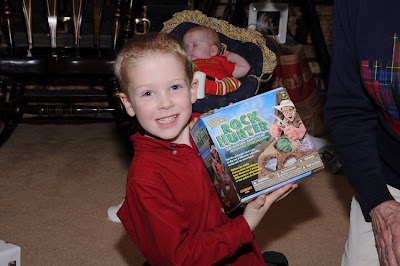 While we were opening presents, we put Rachel in the infant swing. It's the same swing that Nicholas had when he was a baby. They both tend to fall asleep as soon as they start swinging. I can't imagine life without it! 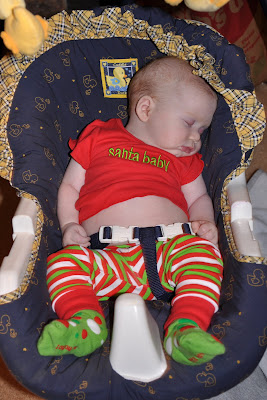 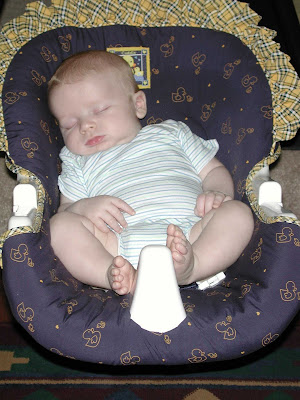 Stuart got a good portrait of the family. With four children and some not-so-willing models, he had to take to quite a few pictures to get one good one (and even this one got a few tweaks in Photoshop!) 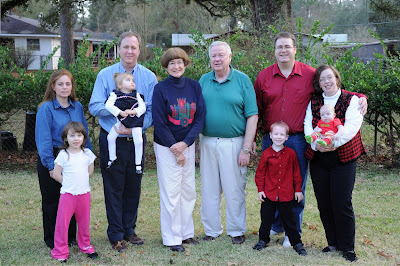 I like this picture of Nicholas sitting on his grandparents' swing chatting with his Daddy. 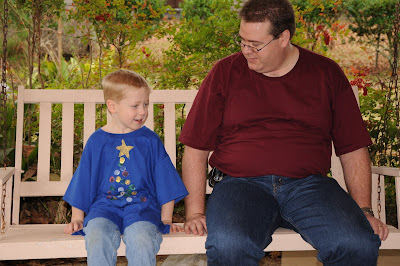 Our trip back home was fine. Stuart found a station that played all '80s music and we played "Named That Tune/Artist". We heard songs like Purple Rain/Prince; Manic Monday/The Bangles; Magic/The Cars; etc, etc. It was more fun than I had expected and we couldn't wait to hear what song would come on next. It made time go by quickly too. You know, 80's music is kind of the golden oldies of today. Boy, that makes me feel old!
at December 26, 2008
Email ThisBlogThis!Share to TwitterShare to FacebookShare to Pinterest