Making Cupcakes for the Cast Party

The Actors Conservatory Theatre hosted a cast party for the the kids tonight to celebrate a successful 8 show run of The Hobbit.  We decided to make cupcakes to bring and the kids were excited to help.  Nicholas tried out a new skill - breaking eggs with one hand.  He broke all three eggs perfectly like this.  Way to go, little man!

Rachel was begging, almost before we started, to lick the spoon when we were done.  Nicholas was hesitant to lick the bowl because he knew that there was raw eggs in the batter.  But after lots of "mmm's" from Rachel and her spoon, he couldn't resist. 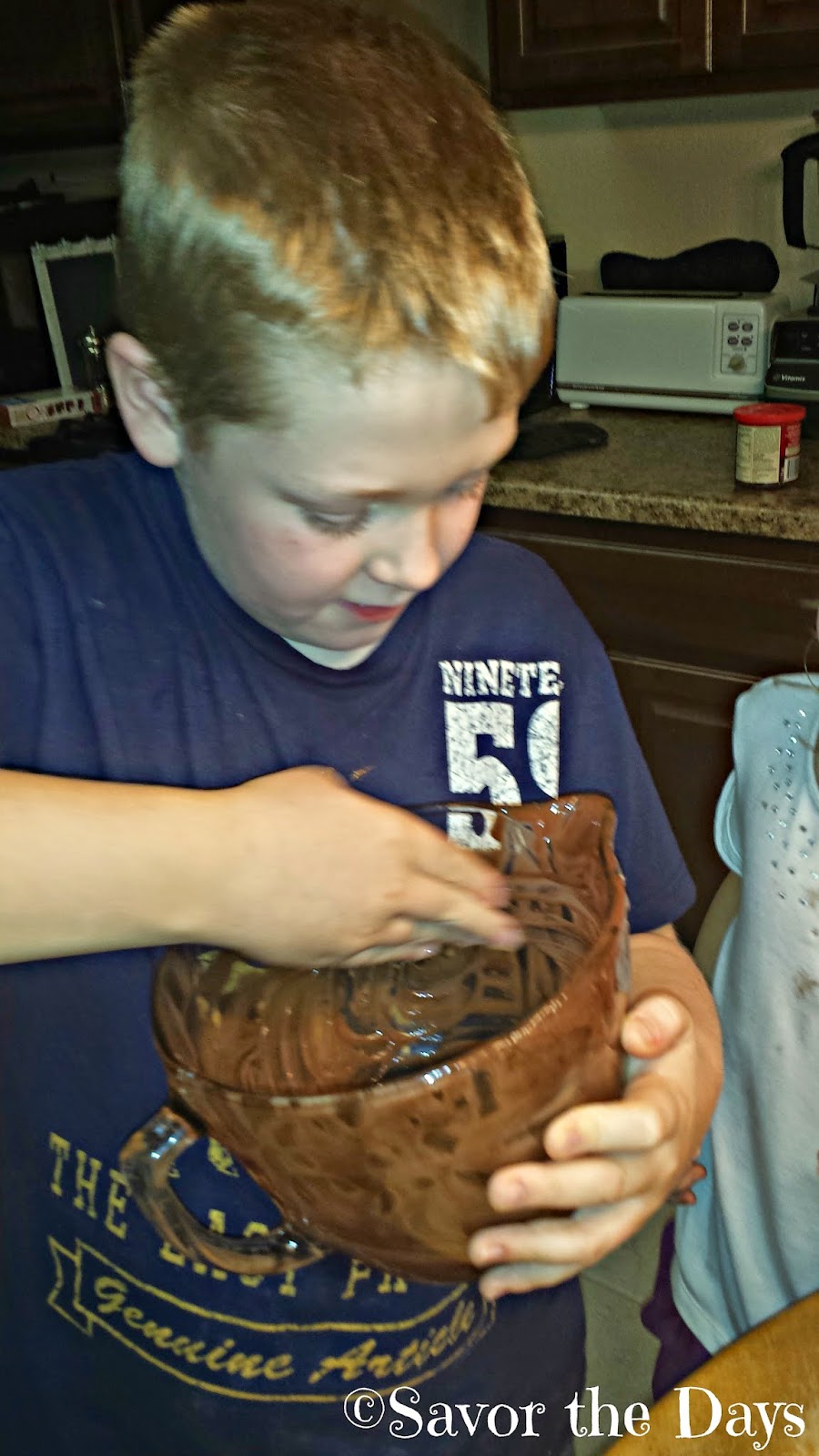 Of course, he is officially an actor so he had to pretend like he instantly died from salmonella poisoning from the eggs.  What a ham! 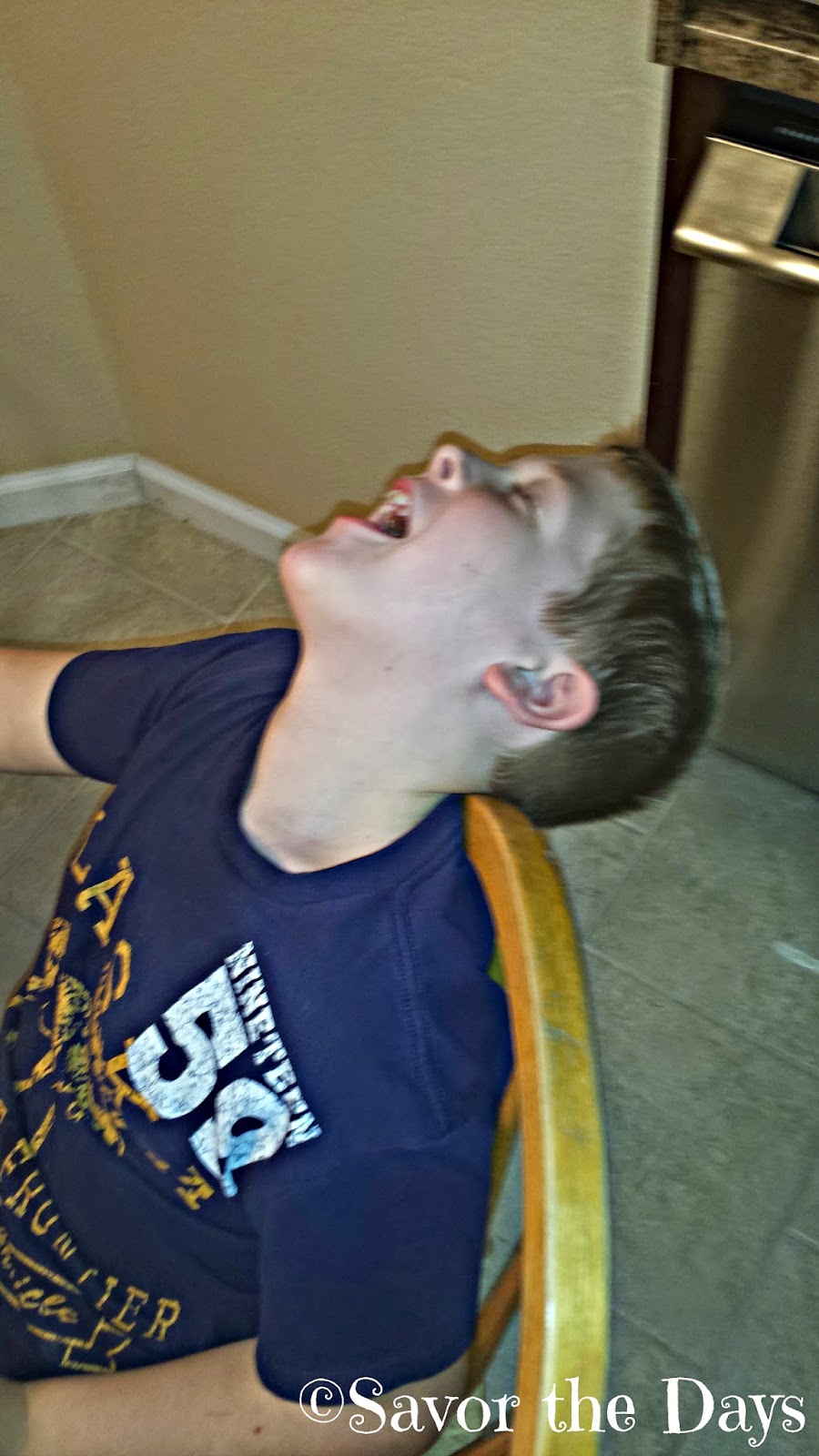 We decided to make lots of mini cupcakes because we could make 36 of them instead of just 12 big cupcakes.  It called for a little more work to frost and sprinkle all the little cupcakes but my kids didn't mind. 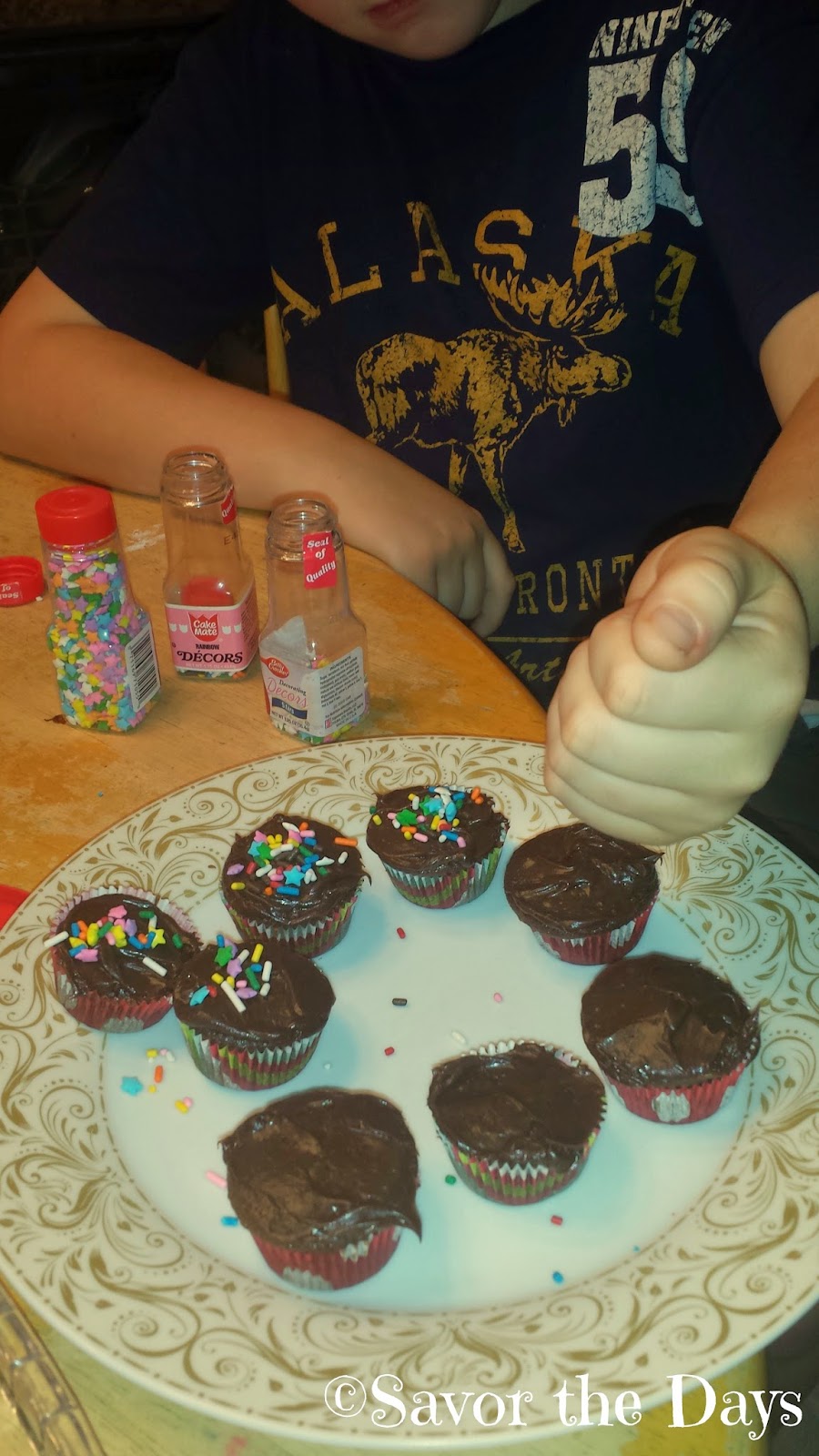 We made a few big cupcakes for us to enjoy too.  Yum! 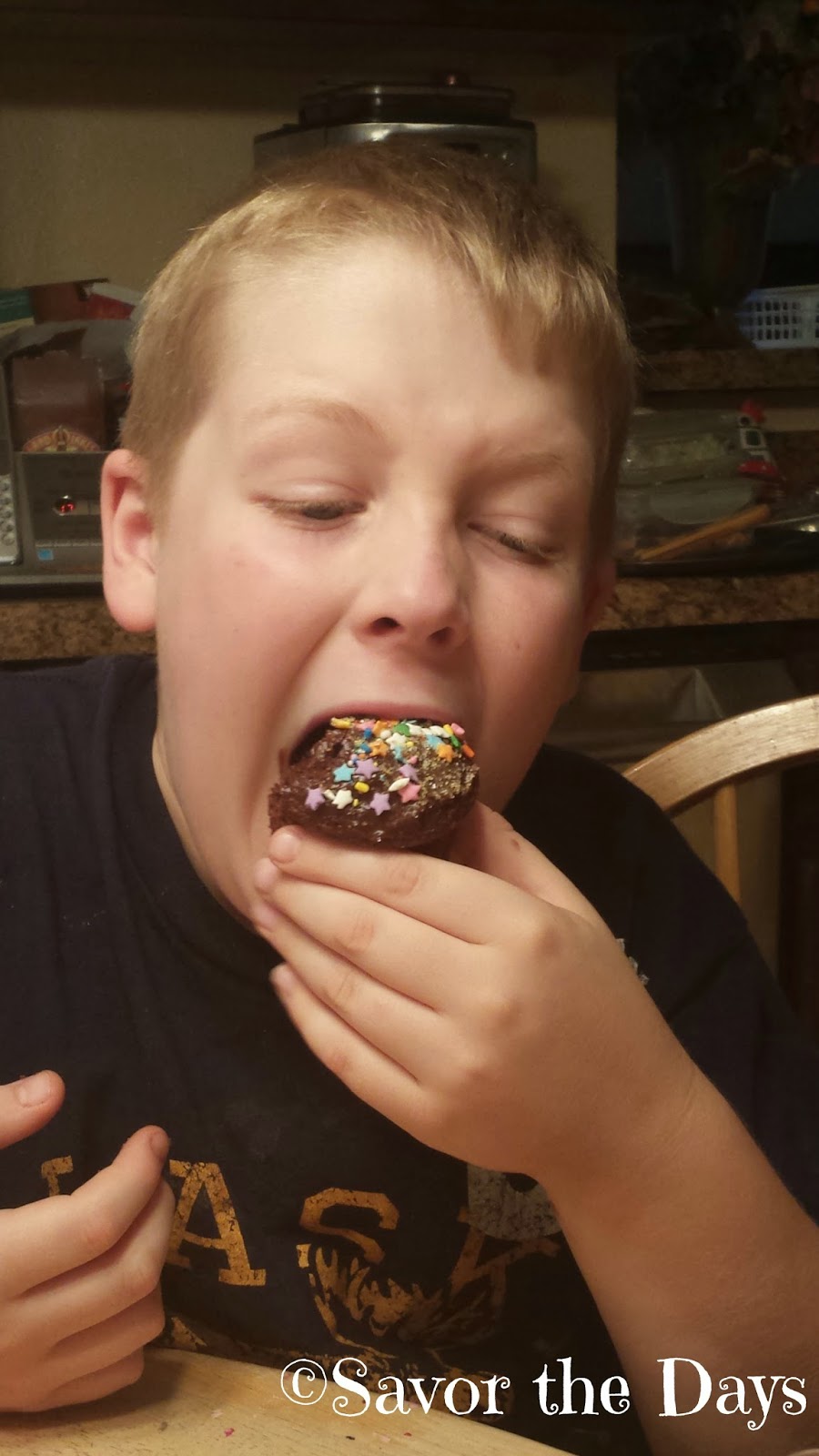 Rachel got a little heavy with the sprinkles and colored sugar. 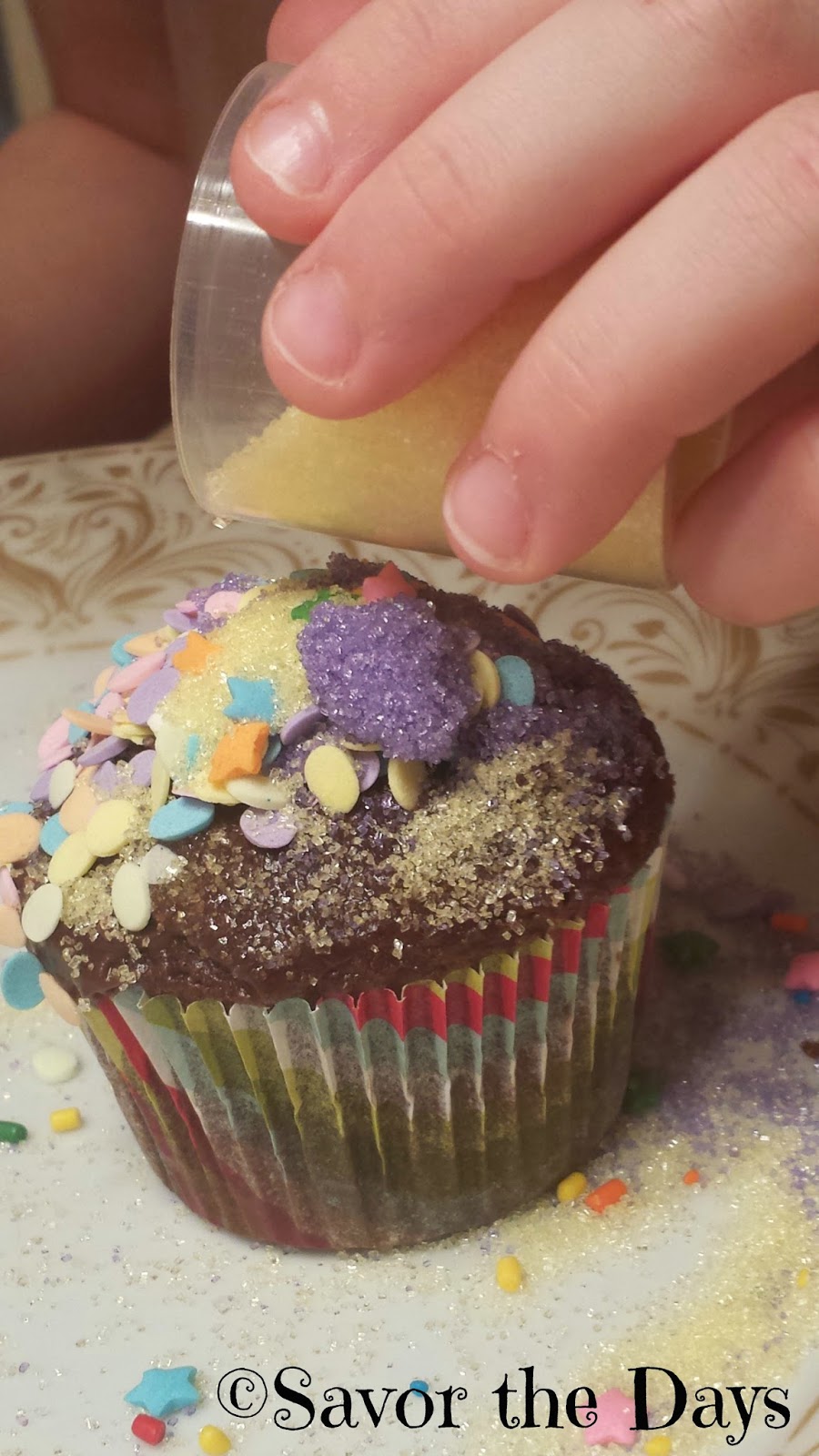 But she usually just eats the toppings anyway.  She rarely even takes a bite of the actual cake inside. 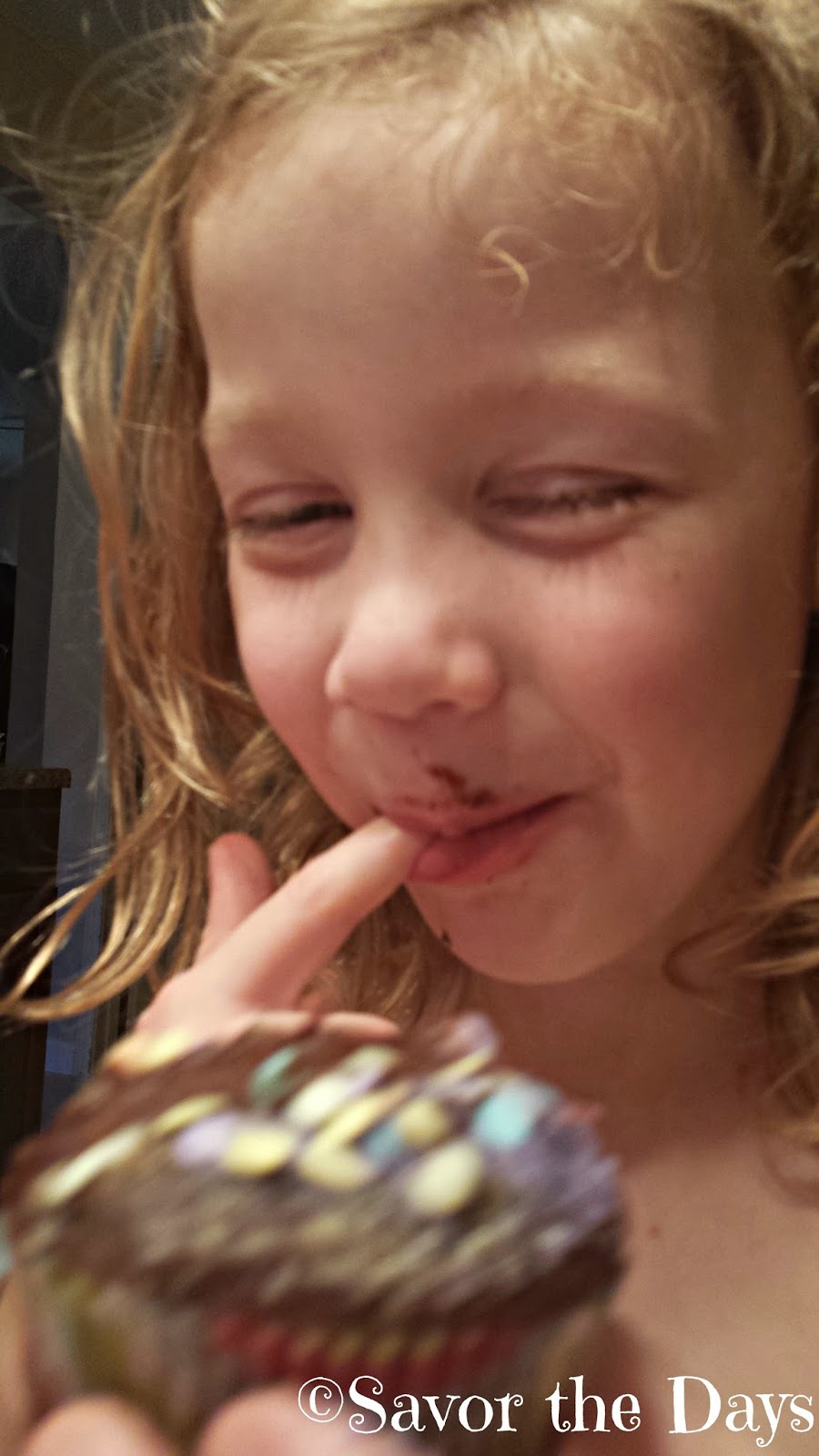 The kids had a great time at the cast party.  Nicholas was given the Bifur dwarf doll that was used as part of the costumes on stage when he and the other dwarves were flying on the wings of the eagles.  It is super cute and looks just like him. 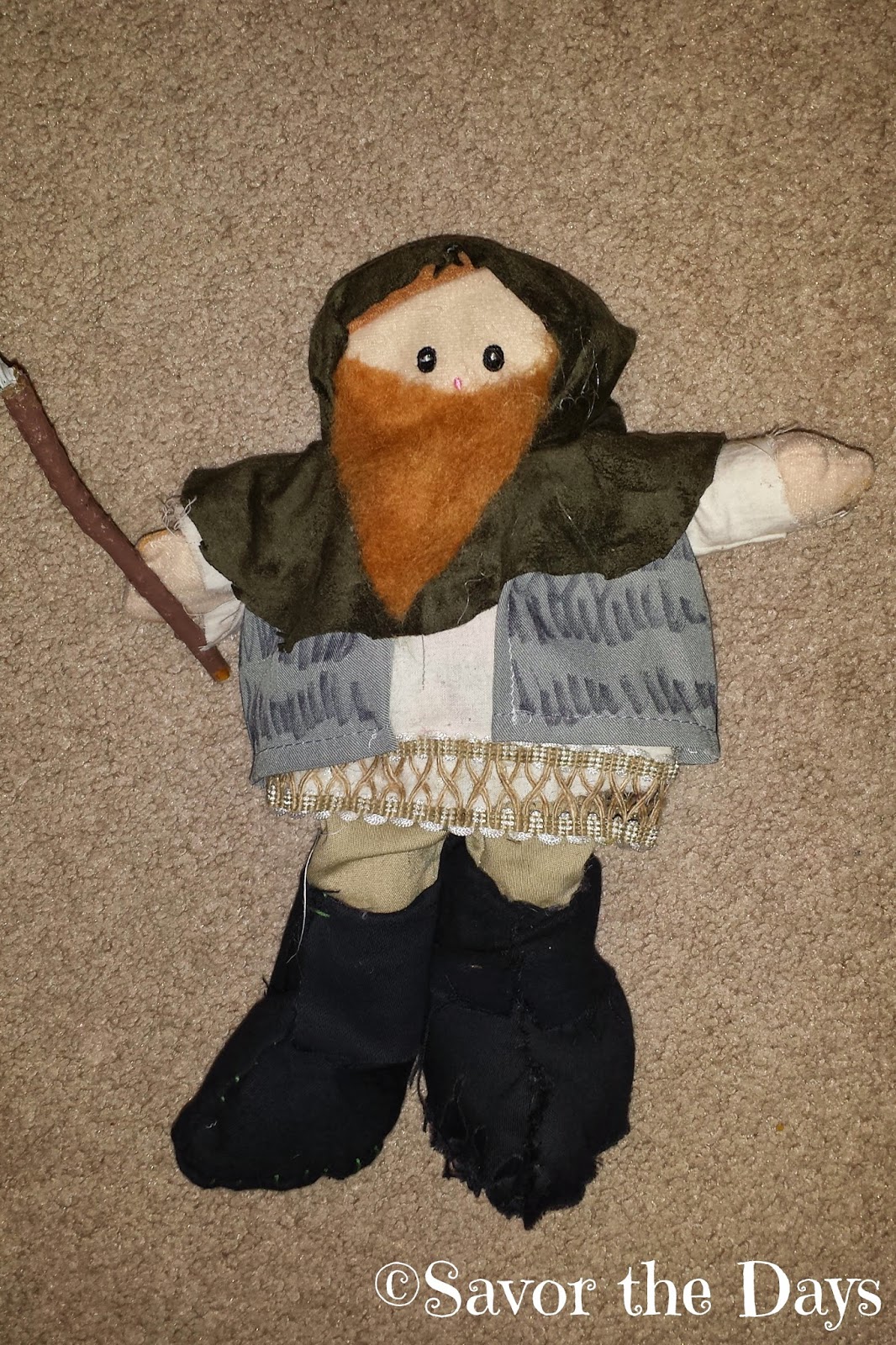 We are so grateful for the wonderful theater experiences the kids have had this year with Nicholas on stage and Rachel helping me with props as well as selling raffle tickets and flowers for the shows.  If you are in the Lewisville area, please check out some of the shows at the ACT.  If not, find a local children's theater in your town and take your family to see a show. 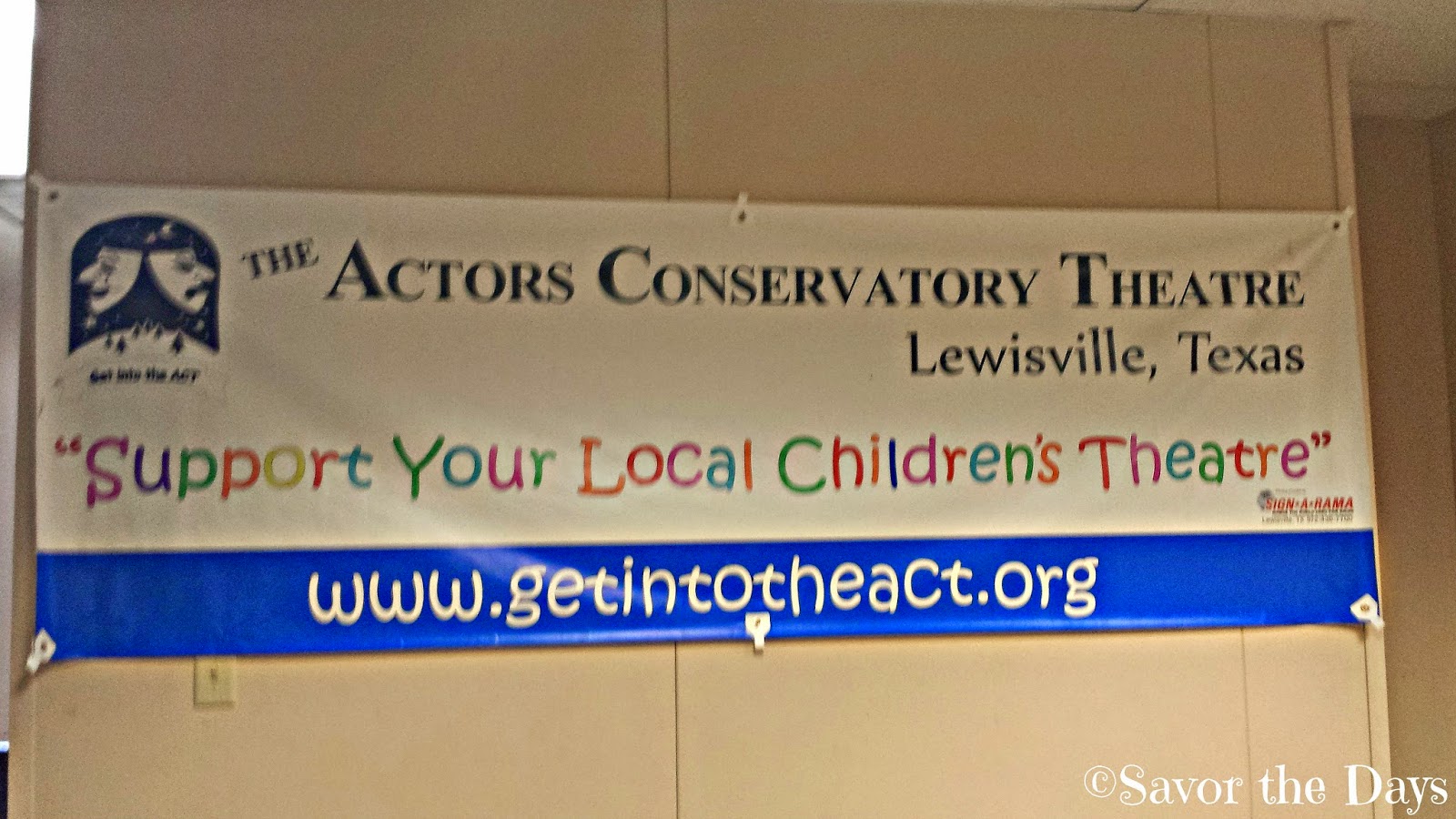 at July 22, 2014
Email ThisBlogThis!Share to TwitterShare to FacebookShare to Pinterest
Labels: at home, fun with food, Nicholas, party, theatre