Wow! This study on Japan has been so much fun but it has been very busy. Lots of great books and activities. I haven't been able to keep up with putting it all on the blog. I've got some random pictures that I'll include here to try to wrap up this fun study.

I must have had at least 50 books from two different libraries. Some were fictional Japanese folklore, some were more factual and textbook-like. We poured over most of them. Some I read to Nicholas, some he read to himself, and some he read to Rachel. I love being able to bring Rachel into our homeschool studies! 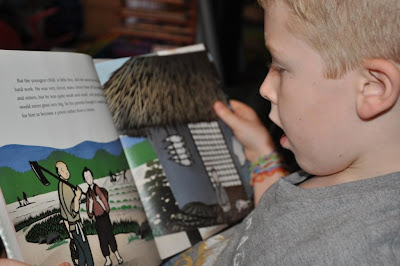 These were some of Nicholas' favorite folklore books.

One time I gave Nicholas three books about Samurai warriors and the cultural history of that time. He was told to choose one book to read and then report back to me about 5 things he learned. 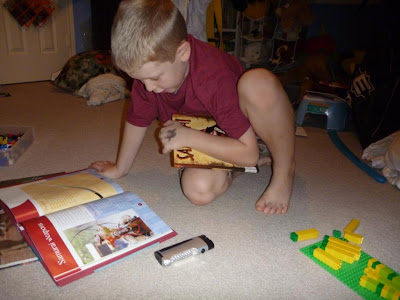 He called me to his room a while later and I found this. 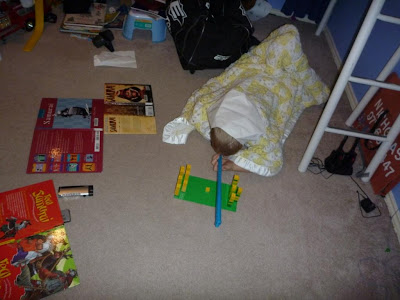 What are you doing, Nicholas? 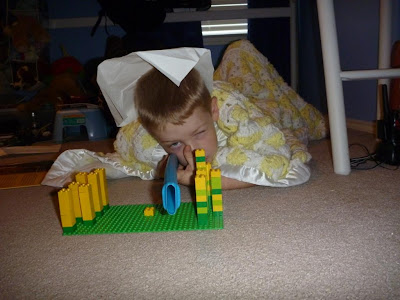 He said that he was a Japanese farmer fighting to defend his land. He was lying in the tall grass of a rice field (legos) and the yellow and white blanket was his camoflauge in the grass. The paper on his head is supposed to be a straw peasant hat. Wow! And I just wanted a few sentences about what he had learned! 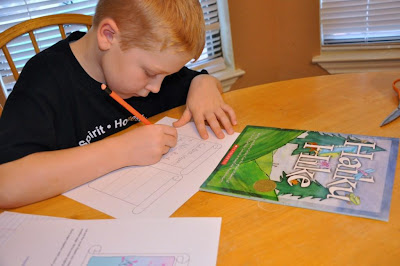 
Golden leaves in Fall
Red, orange, and yellow too
They all come in Fall

Nicholas made a paper fan in which each of the slats of the fan was a vocabulary word from the book we read, A Pair of Red Clogs. 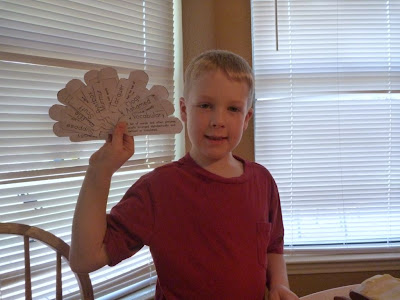 This vocabulary fan was part of a lapbook that I found online for this particular book. Here Nicholas was coloring and cutting out a picture for the lapbook. 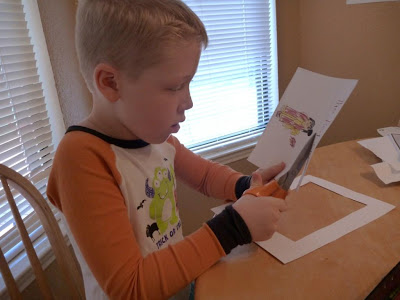 We watched this great video from the library. It is a great way to show kids some of the cultural differences between our two countries. One thing Nicholas thought was really interesting was that people in Japan are so crowded and short on space that very few people own pets. However, there are stores where you can go to rent a pet. Yes, you can rent a dog for an hour, a day, or a week or more! 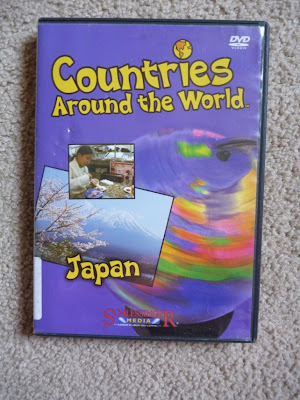 We also read some children's non-fiction books about Pearl Harbor and Hiroshima. I read these to Nicholas so that I could talk about some of the issues before we read it and then monitor his understanding or shock as we went along and adjust my reading accordingly.

This particular book about Pearl Harbor was really well written and seemed to really peak Nicholas' interest. He really got absorbed in the story and made several comments about it on his own. 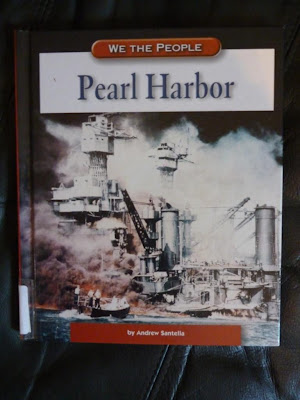 These two Hiroshima books were written by Japanese survivors. Hiroshima No Pika was a bit abstract and we just kind of skimmed it. My Hiroshima was very well written. Although Nicholas had a good grasp of the devastation caused by the bombing at Hiroshima, he did not like to read the personalized parts of the story in My Hiroshima. He felt connected with the little girl in the story (which is what an author wants to have happen) so he didn't want to hear about how scared she was or the aftermath for her and her family. He would wince or ask me to skip that part so I read the rest of the book with editing on the fly. These two books were a bit too real for a 7 year old although he was amazed by the more factual books that we read. 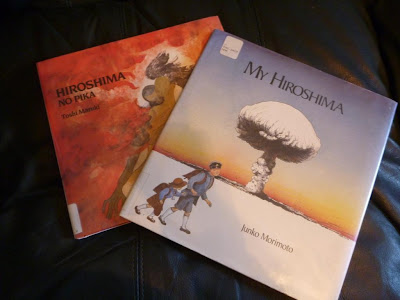 My Grandfather's Journey mentions the war but it is mostly about Japanese immigration to the United States so it was a great way to bridge into a brief discussion about immigration and our great Melting Pot. 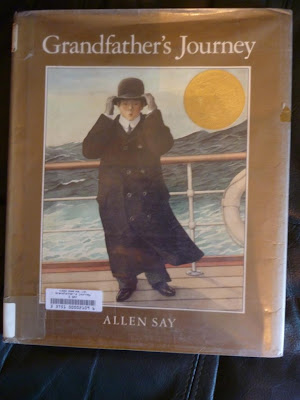 I was really excited to find Shipwrecked! 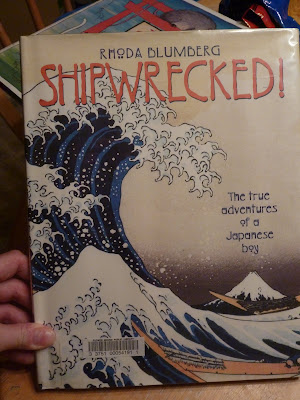 It is about the true story of a 14 year old Japanese boy who got shipwrecked on an island and ended up being the first Japanese person to come to the United States. I love that it was a true story about a child but also that it covered Japanese whaling which was had discussed (plus we like to watch Whale Wars!) but it also mentioned Commodore Perry and how he fought the isolation of Japan and forced them to open the lines of trade. It even mentioned some of the Japanese specific animals that we had read about. I love it when things come back around and tie all together!

at September 13, 2011
Email ThisBlogThis!Share to TwitterShare to FacebookShare to Pinterest
Labels: homeschool, Konos