An Afternoon With An Old Friend

We had fun last week visiting with some friends that we've known for many years. Nicholas and K. first met each other though a GLECPTA playgroup when Nicholas was 1 1/2 or 2 years old. They have always liked playing on this tire swing in K's backyard. 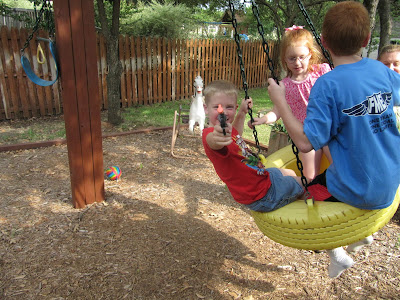 Here's a picture of them in 2007 on this same swing. He was cuter when he wasn't aiming a toy gun at me! 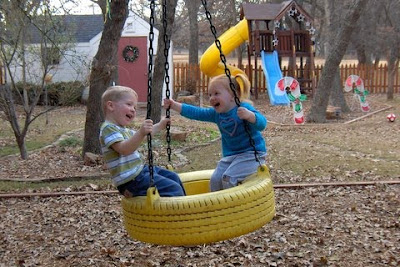 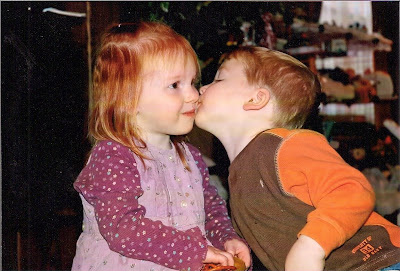 It was neat to see little Rachel playing here just like Nicholas used to do when he was this age. 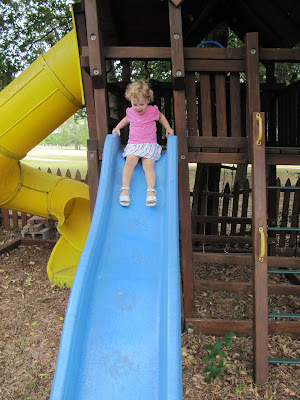 Rachel explores like a big kid but she's still my little baby girl. 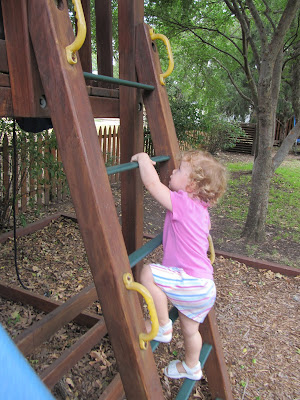 I was so amazed to see this. This cat is the sweetest cat in the world. When Nicholas was little, he would always look at the cat and talk to it and really, really want to pet it. But if it came near him, he would squeal and try to get away in terror. I don't know why he was so afraid but he was still afraid of it the last time we were at their house, maybe a year ago. But this time, he was suddenly not afraid and even held the cat as he laughed about how big it is. 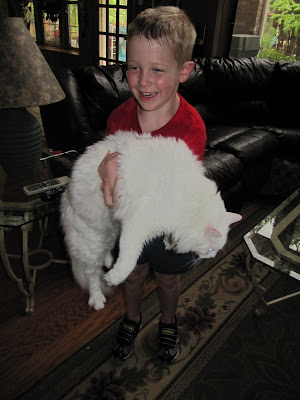 I love it that Nicholas is still good friends with this little girl even though they only see each other once or twice a year. He still gets excited to go play at her house (of course, it also helps that her older brothers have some really cool toys to play with). But he mentions K. occasionally throughout the year and I think it's neat that he has kept a few friendships like this one over several years even after they have moved on to different activites and different schools.
at August 30, 2010
Email ThisBlogThis!Share to TwitterShare to FacebookShare to Pinterest