Oh, my baby boy is officially a first grader! I feel a little sad but I'm really more proud than anything. He's has a sweet heart and he strives to do what's right (even though he may miss the mark at times). He's full of energy and he enjoys each day to the fullest. He is bright and thinks outside the box. Every week he seems to changes his mind about what he wants to be when he grows up but he's bright and determined and I know he will do great things. 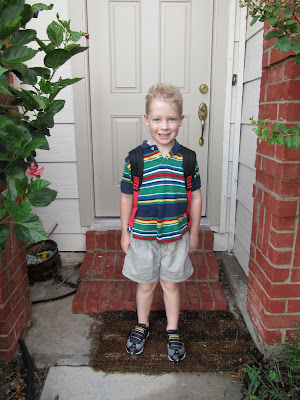 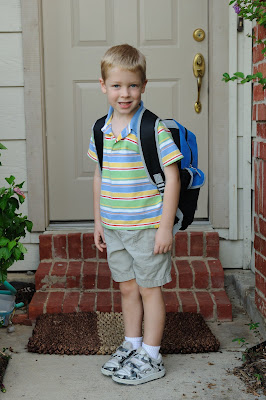 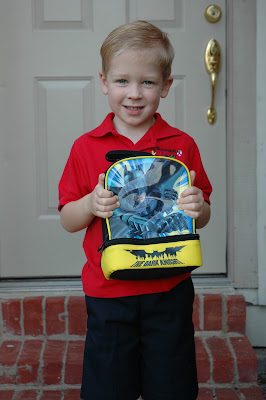 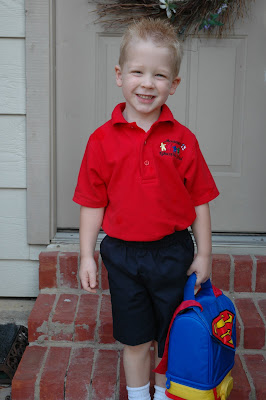 Stuart was able to go to work late so that he could walk with us to take Nicholas to school. Thank you Daddy for always putting family as your priority. Nicholas was excited to have Daddy with us and about starting school today. He had a big grin on his face the whole way there. 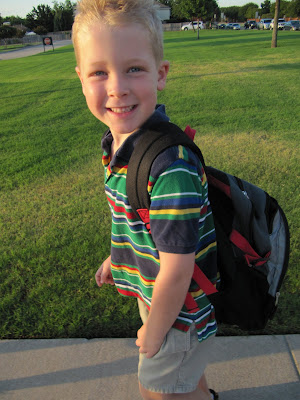 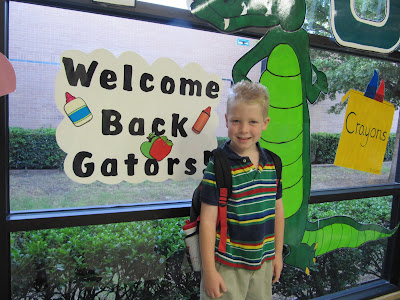 His first grade classroom. He was excited to see many of his friends from Kindergarten in his classroom, especially Heather (waving in the picture). Nicholas says they have a crush on each other and thinks they will get married someday (so cute!). 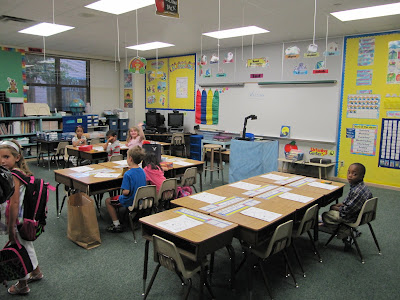 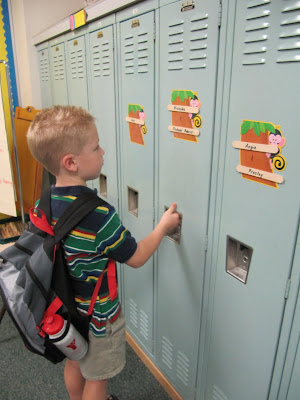 Well wishes from Daddy before we left... 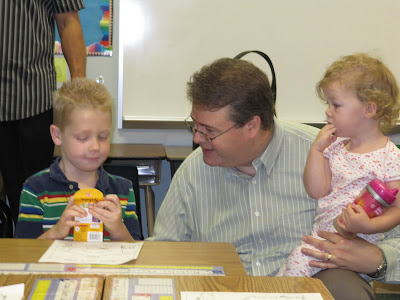 I've heard that he has a great teacher this year. She's calm and patient, organized and structured, and tends to have the higher level thinkers in her class. It's going to be a great year! 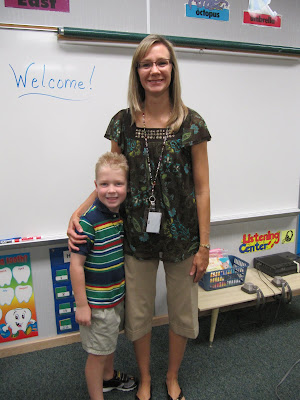 I didn't cry a bit at school and I still haven't. I think Rachel misses Nichlas the most. On our way back to the house, Rachel realized that Nicholas wasn't with us and asked, "Why is Nicholas gone?" The house has been too quiet today with just Rachel and me here. We missed the little guy!

We were excited to finally get to pick him up after school. He ran out to us, still with a big grin on his face. He said he had an awesome day and first grade is so much better than kindergarten. He likes his teacher and his classmates.

Next, we met some friends over at Rita's for a little first day of school celebration of frozen custard and playing in the fountains. What a way to wrap up a great day! 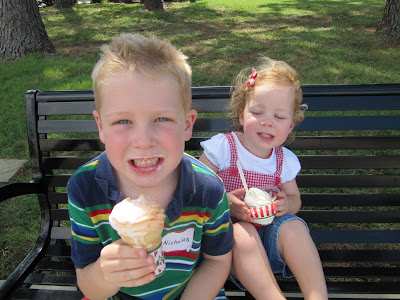 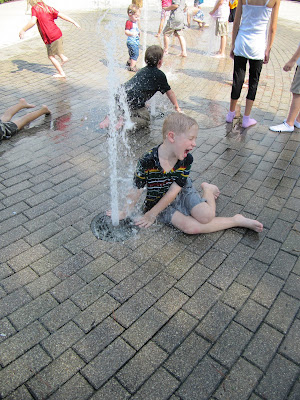 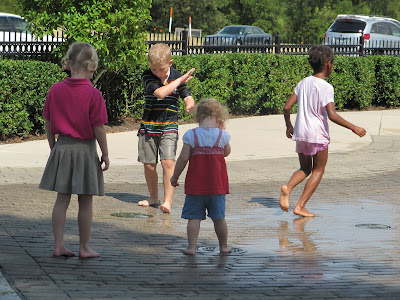 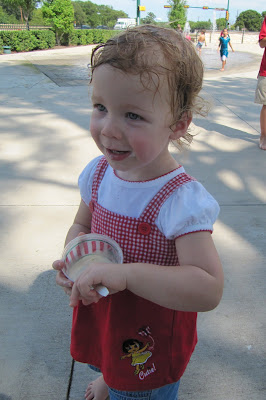 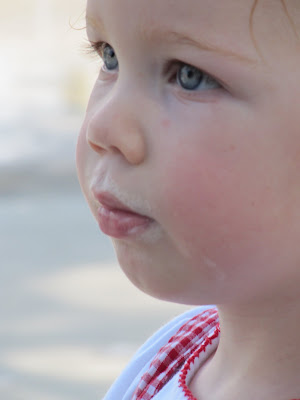 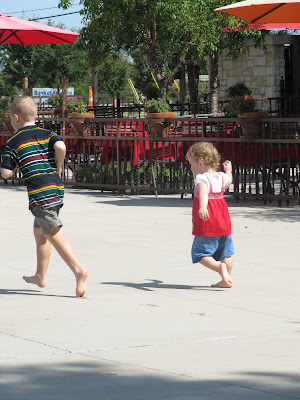 At dinner, we talked some more about school. Stuart and I happened to get on the subject of homeschooling which is an idea we have kept on the back burner for a while now. I asked Nicholas if thought he would rather be at home each day and have Mommy as a teacher. He quickly said, "NO! I like my teacher and I like spending time with my friends every day." I have to admit that I was a little sad. I think it would be fun to teach him at home and get to spend more time with him each day. But he is such an energetic and social boy that I realize that homeschooling just might not be a good fit for him after all. Besides, he has such a strong personality that he easily steals my attention from Rachel. I'm looking forward to having lots of quality one-on-one time with her this year.
at August 23, 2010
Email ThisBlogThis!Share to TwitterShare to FacebookShare to Pinterest