We recently discovered a new park in Plano called Liberty Park. It's located at 1200 Mill Valley Road. It is a neighborhood park with playgrounds, swings, a shade pavillion, picnic tables, grills, practice fields, plus drinking fountains and restrooms available inside the rec center next door.

Here's a picture of the playground - which is all my kids really care about when we go to a park. 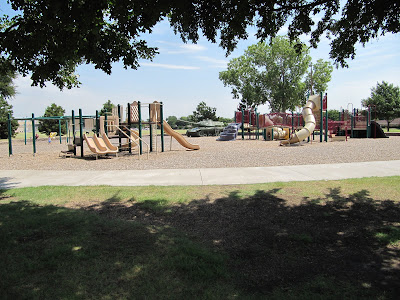 Looks like a regular playground you would see anywhere around here, right? But did you look closely at the picture? Seriously, click on the picture above to enlarge it and look again...See anything unusual?

Yep, there is a freakin' military tank in the middle of the playground just for kids to climb on! HOW COOL IS THAT?!

That's a REAL tank, man! It's a M41-A3 Walker Bulldog and my son loved climbing all over it! 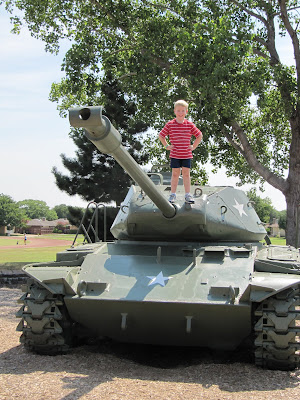 These tanks were produced in the 1950s and were provided by the United States to the South Vietnamese and used very successfully against the North Vietnamese T54/55 tanks in the Republic of Viet Nam during the 1950's and 1960's. This baby weighs 23.5 tons and is 26.9 feet long and 8.9 feet wide. It has a 76mm gun which my son thought was the coolest part! 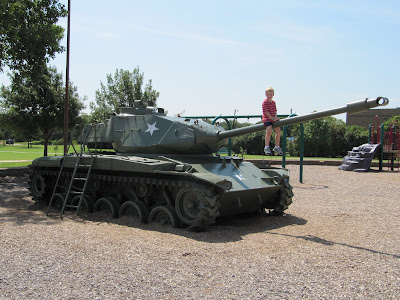 The hatch is welded close so no one can get stuck down inside it but it is fully intended to be climbed on. Rachel wanted to climb onto the tank too because if big brother does it then she has to do it too. 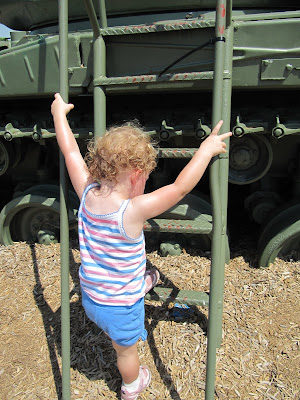 But she didn't like it at all. She whined a little, looked nervously around, and kept her little hands and feet close together...but she wouldn't let me take her down because big brother was still up there. She's his little shadow so she stuck it out for a while longer before finally relenting to let me get her down. 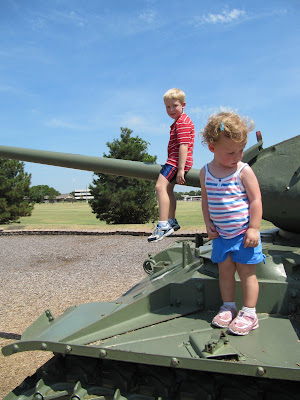 There is a big kid playground with two climbing mountains and two slides plus other fun things like tunnels. 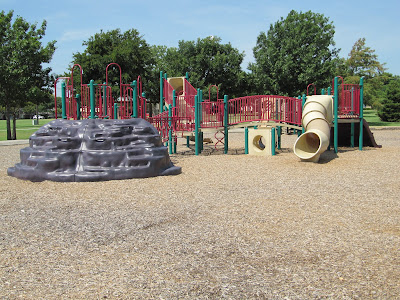 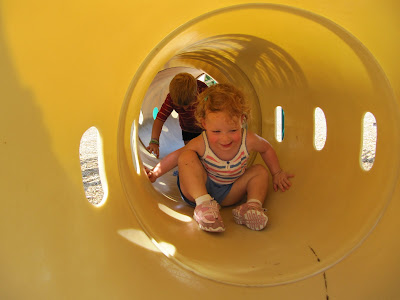 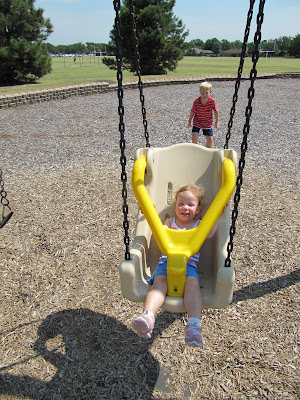 There is shade in spots surrounding the playground but unfortunately there isn't any shade directly over the playground so my kiddos got hot quickly from running around in the direct sun. Always have hats, water, and sunscreen when you visit a playground. 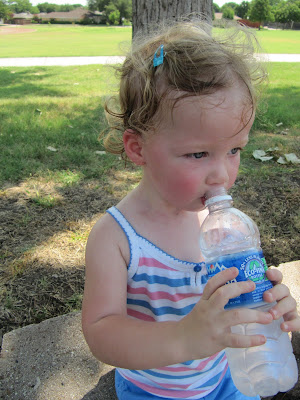 You can also bring a picnic lunch to enjoy in the shade of the pavillion and let your little ones experience a little bit of military history while they play on the playground!
at August 07, 2010
Email ThisBlogThis!Share to TwitterShare to FacebookShare to Pinterest