This year we did something a little different. Instead of the regular door-to-door trick-or-treating, we did trunk-or-treating at Fellowship Church. I was a little sad about it because I remember the fun I had when I was little as we walked down the street at night and seeing all the costumes and feeling the excitement in the air. Well, I was sad for nothing. There were over 140 cars filling up several rows in our church parking lot. People had their decorated trunks open and were giving out candy to all the kids that walked by. There was so much excitement and buz in the air at our trunk-or-treat that I don't think the kids missed out on a thing. 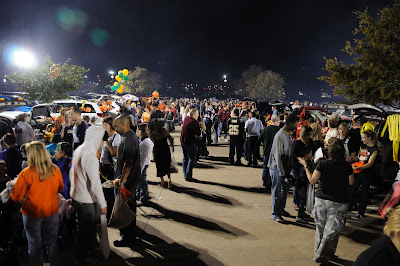 There was this cute fall-themed VW Bug that I really liked. 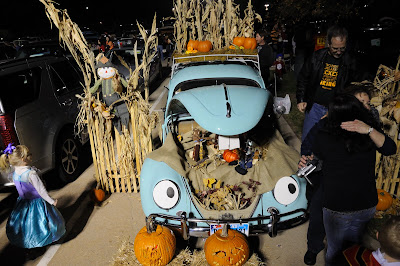 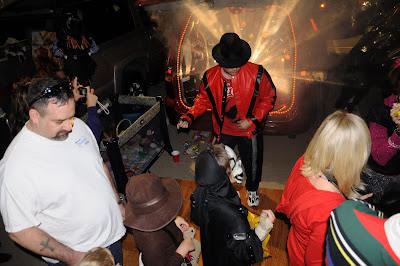 A Dr. Seuss themed car with Thing 1 and Thing 2. 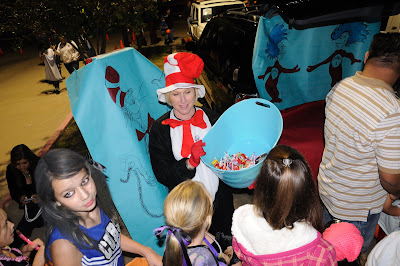 And of course, Nicholas' favorite, Star Wars...May The Force Be With You! 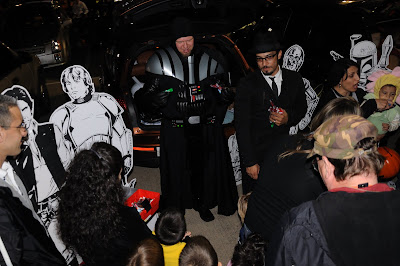 Rachel was dressed as an Angel. However, she did not like her halo and wings so those didn't stay on very long. 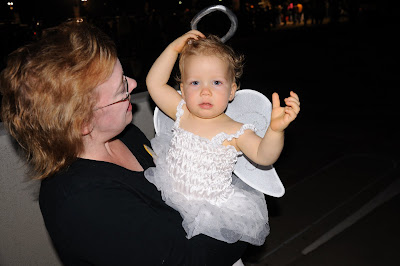 I carried her around to let her see all of the decorations and costumes. Several people tried to give me a bag for her to collect candy in but even when I tried to get her to hold her bag out, she just pulled back or dropped the bag. There was a lot going on all around her and she was just busy trying to figure it all out. 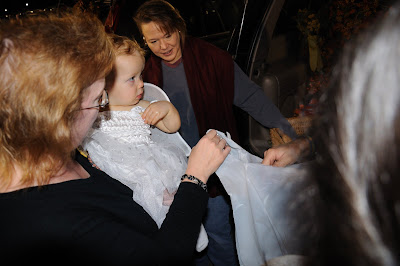 Nicholas was a red Power Ranger. He knew just what to do and had no problem visiting everyone and collecting gobs of candy. 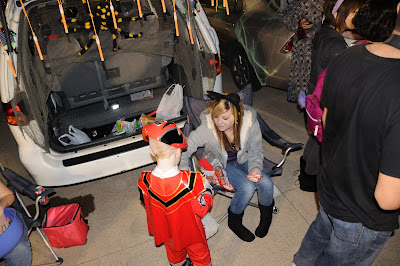 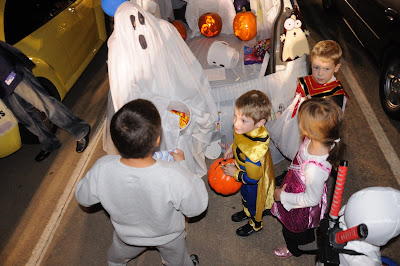 Nicholas even ran into Dex Alexander, a worship leader in the Fellowship band. He loves to sing like Dex - see this clip of him singing Send Love. 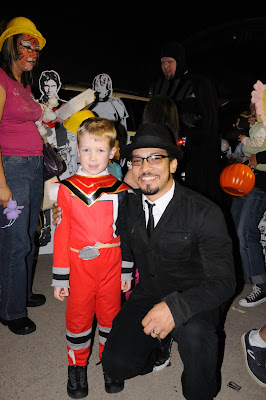 Someone gave Rachel a little Hershey bar. Even though she can't really eat candy, she might could suck on a chocolate bar just to try it out. But she was more interested in trying to feed it to me, wrapper and all! 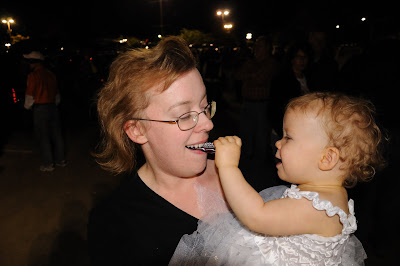 After all of the trunk-or-treating was done, we could head over to the courtyard area where there were vendors selling meals and drinks. I was enjoying the smell of BBQ and was hoping to get a bite to eat of real food before we left but Rachel was done for the night so we headed home. 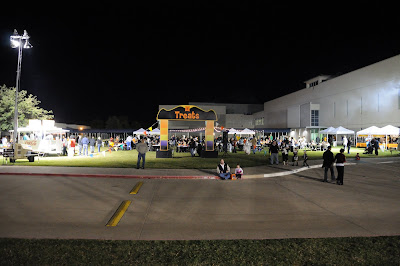 Of course, Nicholas ended up with tons of candy, probably more than if he had walked up and down the street here at home. He was very sweet about sharing his candy. If he heard Stuart or I mention a candy that we liked, he dug around in his bag until he found one and brought it to us. What a sweetie! 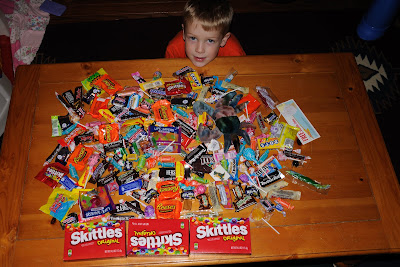 at November 01, 2009
Email ThisBlogThis!Share to TwitterShare to FacebookShare to Pinterest