Nicholas' class recently read the book Flat Stanley by Jeff Brown. It's a cute story about a normal little boy who wakes up flat as a pancake after his bulletin board fell on him during the night. He has fun adventures as he adjusts to being flat. His family even mails him to a friend in California. Nicholas' class made a fun project out of the story. Each child made a flat version of themselves and mailed it to someone along with a letter explaining the project. The person then brings the flat child with them on an "adventure" and take pictures then sends it all back to the child. 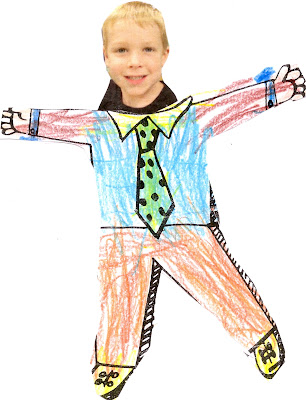 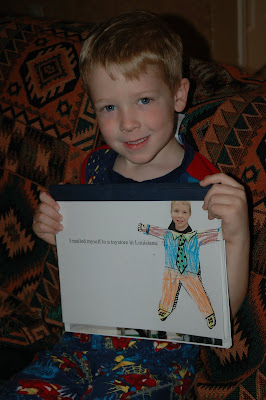 Rachel was very excited about her new baby doll and practicially ripped it out of Nicholas' hands! 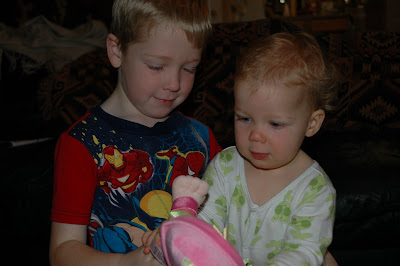 We worked together on putting together the bird house. It was super easy since everything needed was in the kit and all of the holes were pre-drilled. First, Nicholas had to screw the bird house together. He had a hard time getting the screws started so I helped with that part but he did the rest...bottoms, sides, shingles... 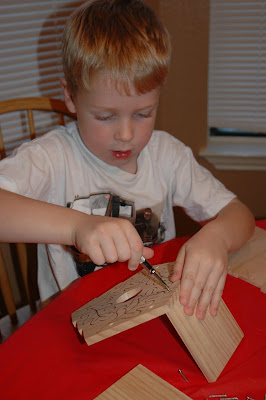 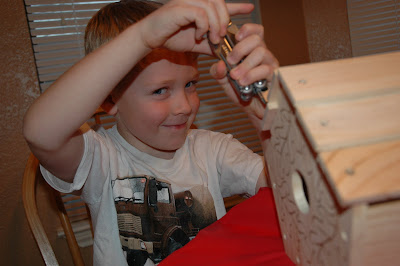 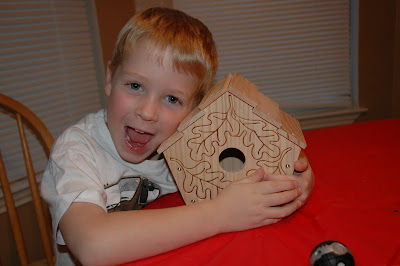 Then came painting. There were several little pots of paint in the kit and Nicholas made short work of them. 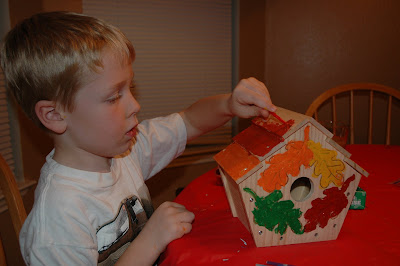 When Nicholas had used up all of the paint that came with the kit, we pulled out several other colors of acrylic paint that he had in his art cart. Oh what joy he had mixing all of the different colors together - only to find that they always made brown... 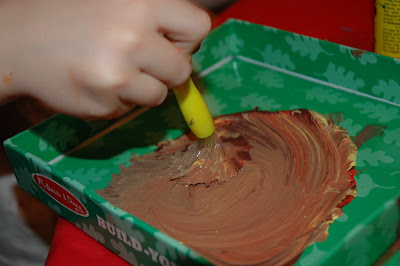 I was impressed with the kit and proud that Nicholas was excited enough about the project to have the patience to put in all of those screws. I think he did a great job and made a really cute bird house. Now we've just got to find the perfect spot in the back yard to hang it up. Thank you Flat Nicholas (and Grandmother C.) for sending such a fun and useful gift! 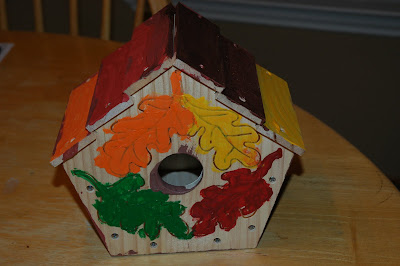 at November 21, 2009
Email ThisBlogThis!Share to TwitterShare to FacebookShare to Pinterest