What a fun day! Nicholas, Rachel, and I made the trip to Arlington again to see another cool show at the UTA Planetarium. Today we saw "Secrets of the Cardboard Rocket" which is about two children on a magical journey through the Solar System, aided by a talking astronomy book, a cardboard rocket, and a vivid imagination. We landed on Venus, flew through the rings of Saturn, and discovered the secrets of the Solar System. Nicholas even brought his space helmet to wear at the show! 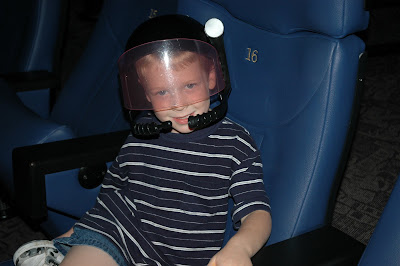 Tonight Stuart and Nicholas had a guys night out at the Lewisville Labor Day Rodeo. Nicholas wore his cowboy hat in honor of the event. 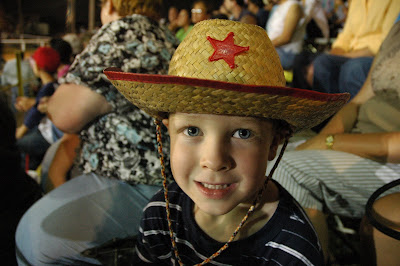 There were lots of bronc riding, tie down calf roping, team roping, etc. The guys had great seats in the middle on the second row. But unfortunately it was hard to get good pictures with the fast action and low light but here are some highlights. 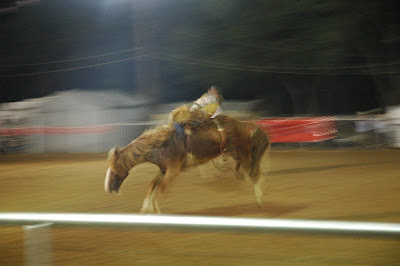 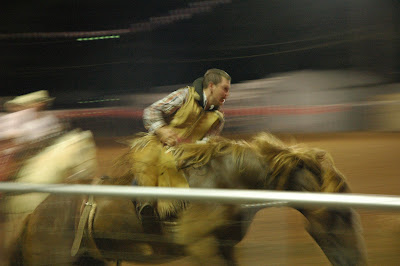 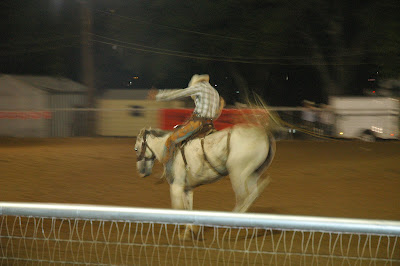 Nicholas even went out in the arena floor to participate with all of the other children to try to pull a ribbon off the tail of two calves. He was so proud to be a calf wrangler for a day! He also seemed to really enjoy the rodeo clowns' performances and was very excited as he explained to me how silly they were.
at September 05, 2009
Email ThisBlogThis!Share to TwitterShare to FacebookShare to Pinterest