Earlier today Rachel found my box of party supplies that I keep stored in her closet.  She found this paper pirate hat from a previous pirate party for Nicholas.  She has worn it ALL. DAY. LONG.  She even insisted on wearing it in dance class.  She's just the cutest pirate ballerina I've ever seen! 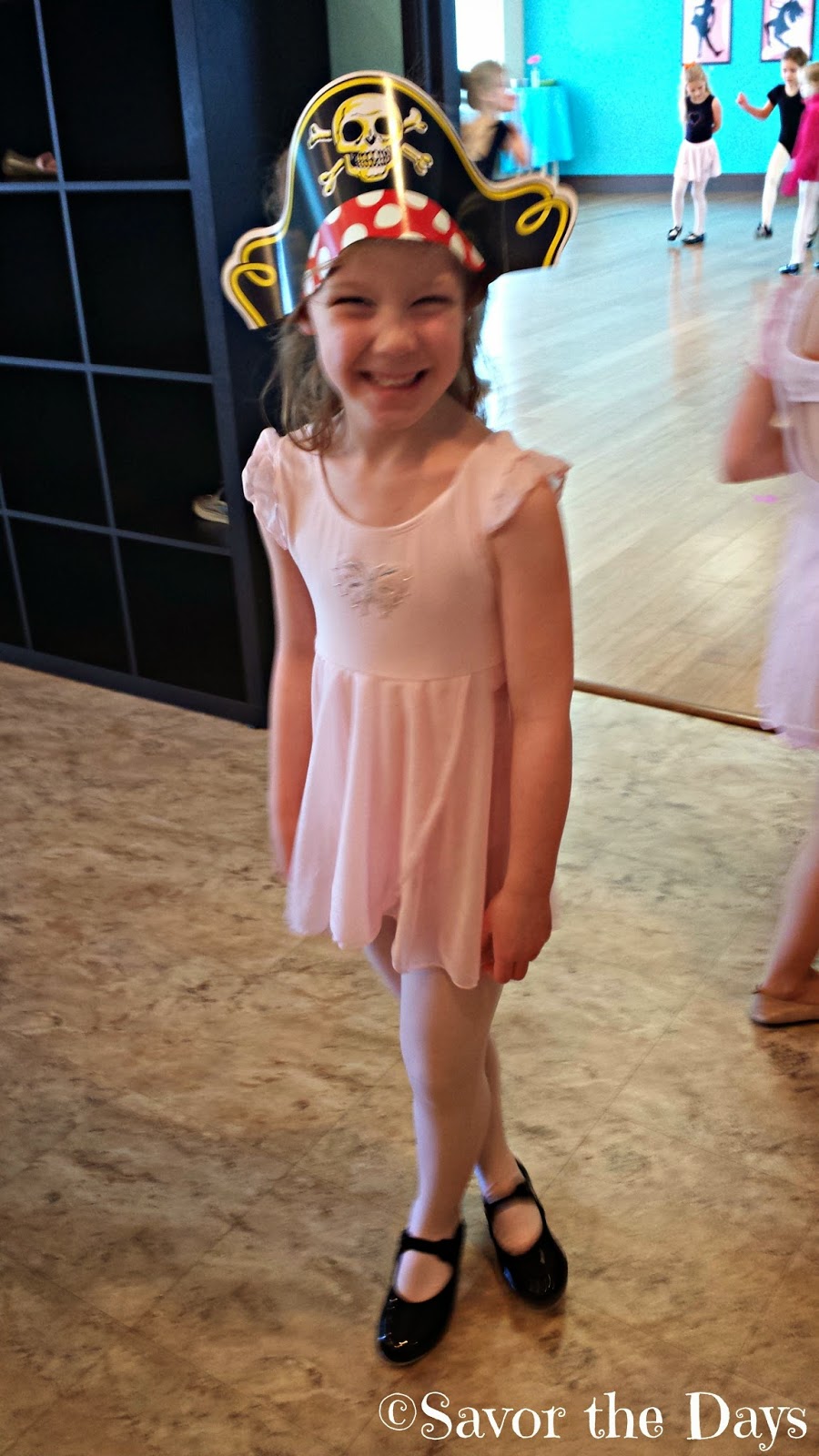 After dinner tonight we headed out for some ice cream.  We go to Ben and Jerry's for ice cream every year on this day. 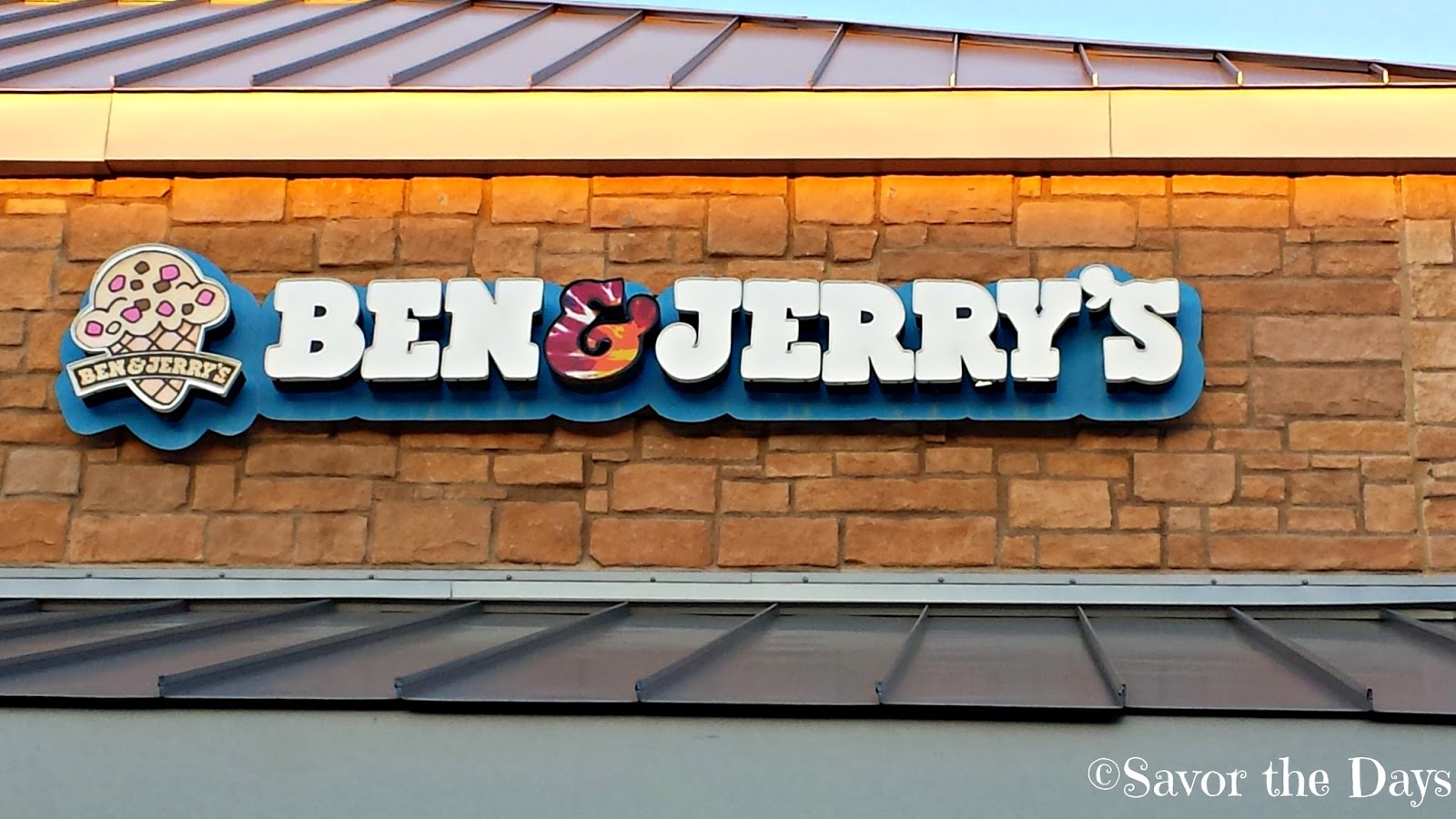 And when we do there is always a line across the courtyard! 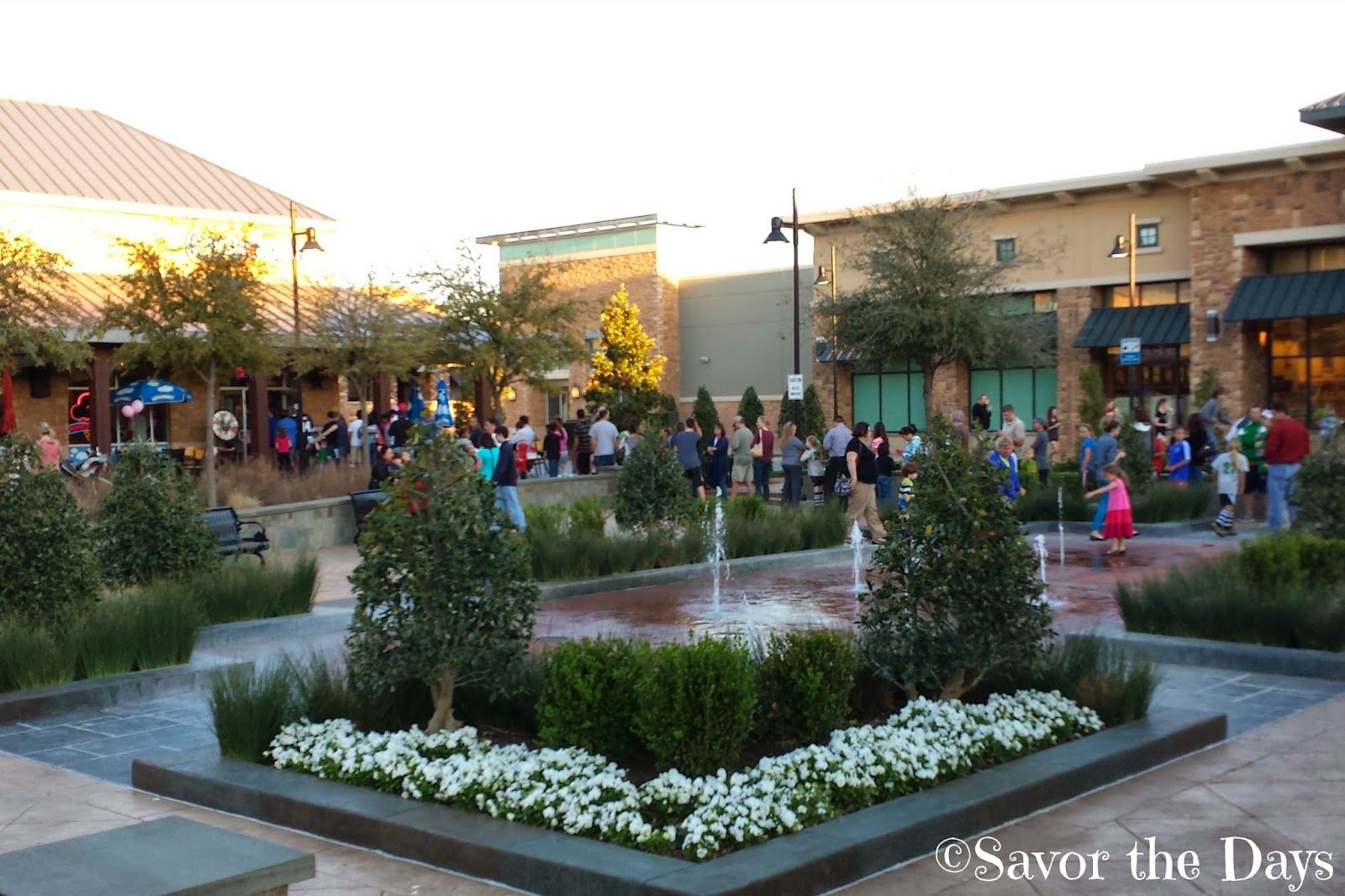 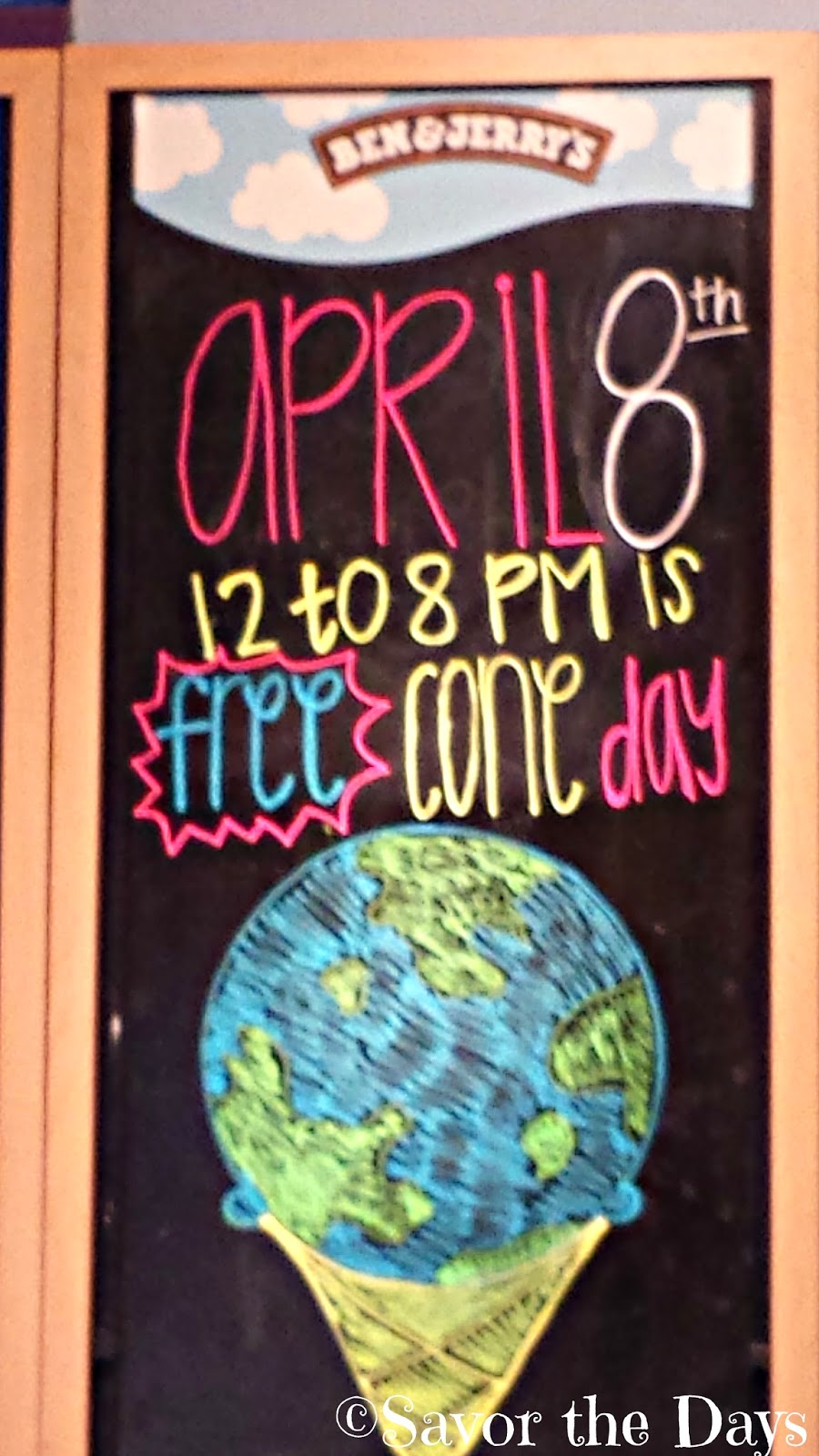 We even got to see their cute cow mascot in person! 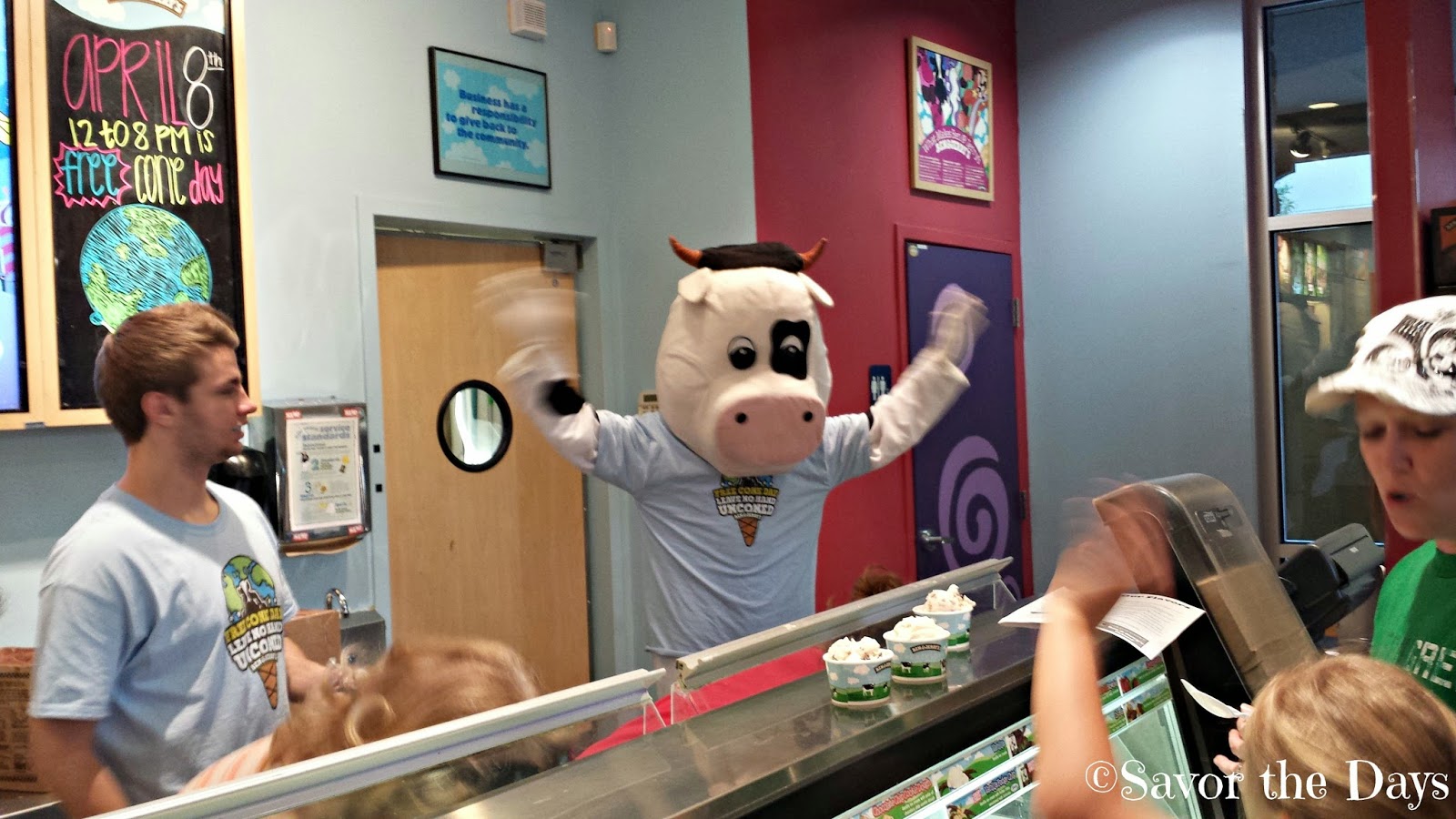 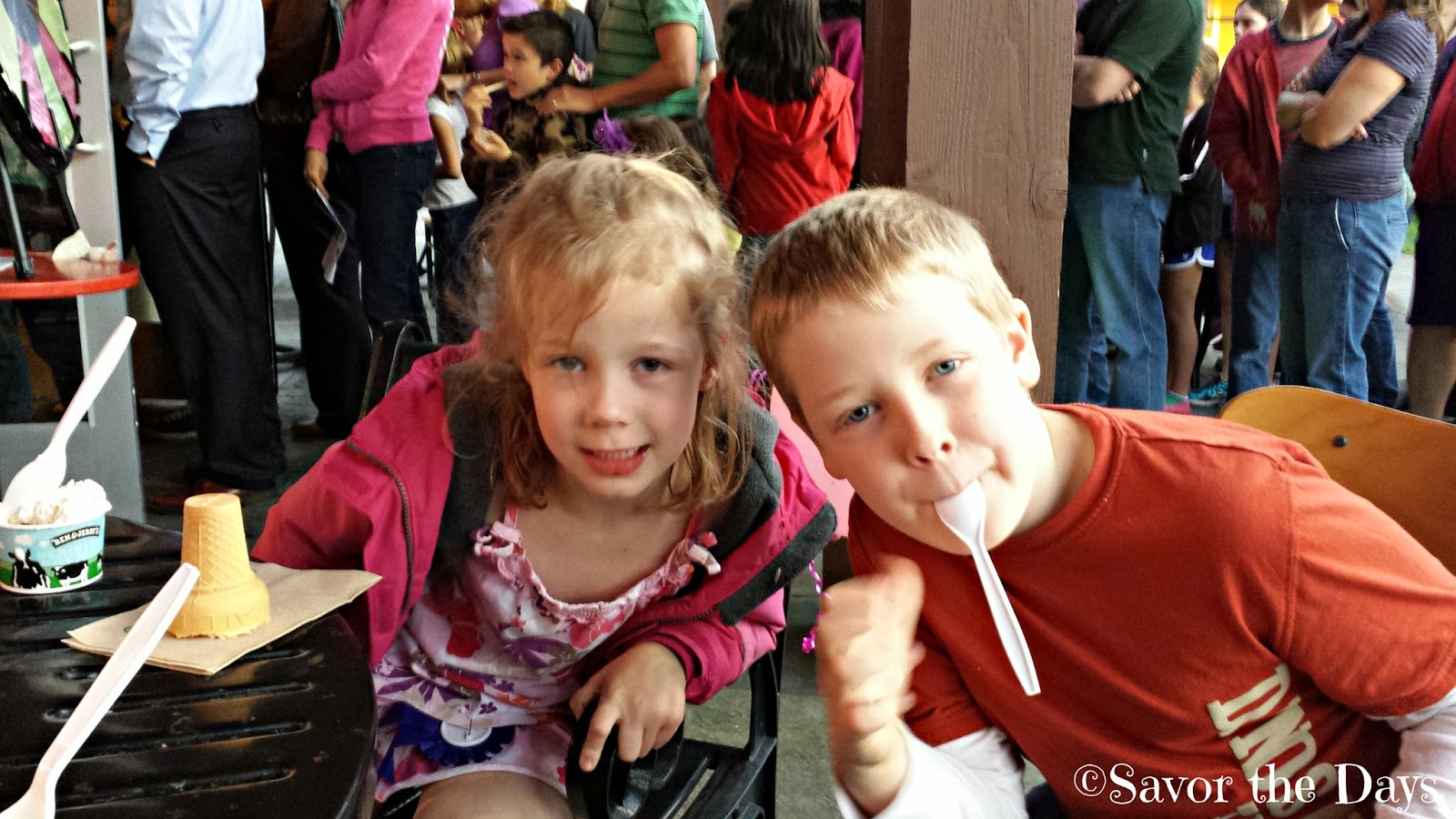 Of course, I picked Chunky Monkey which is the best banana ice cream around complete with fudge chunks and walnuts! 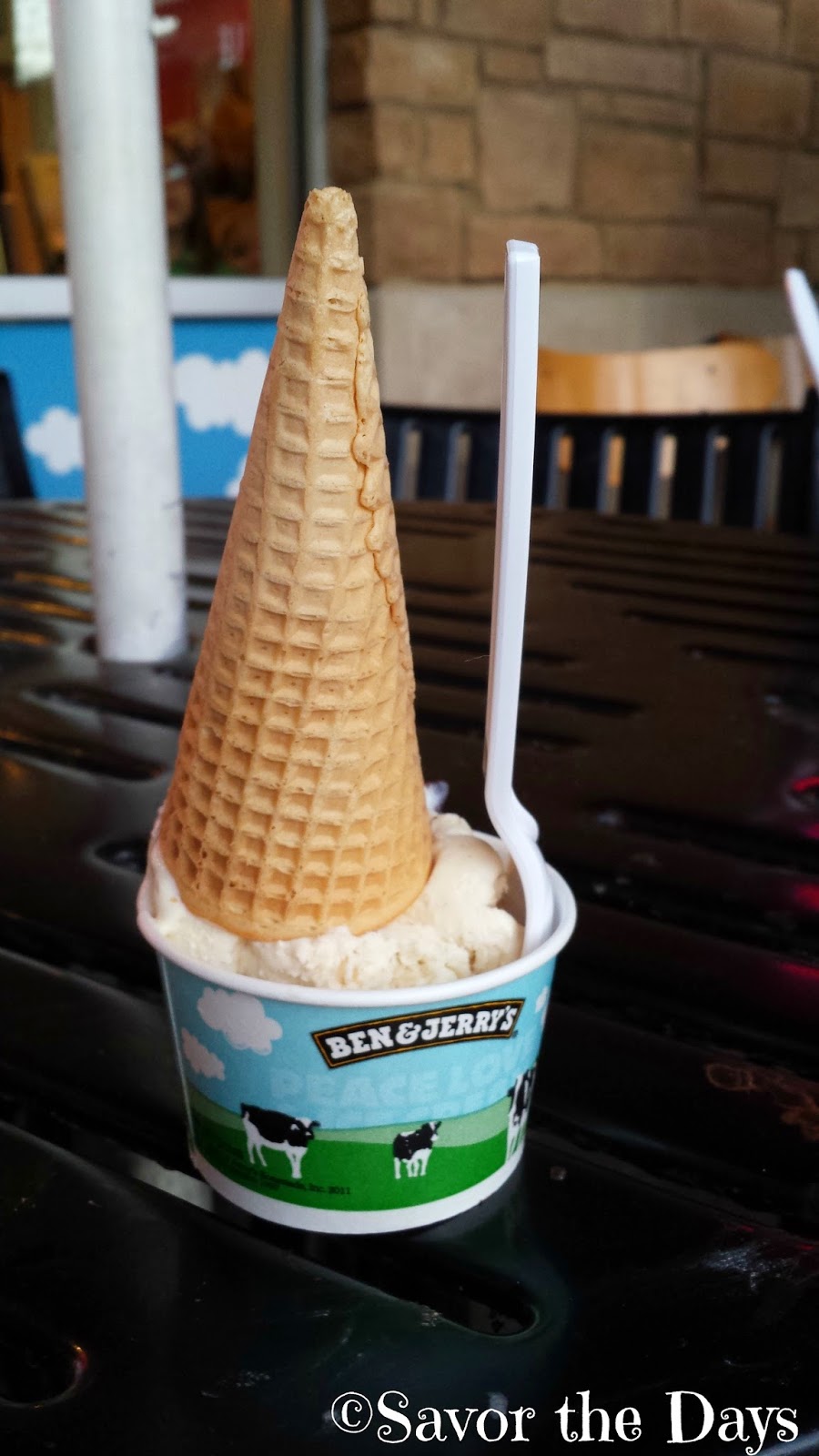 Daddy got Triple Caramel Chunk which is caramel ice cream with a swirl of caramel and fudge covered caramel chunks.  Wow!  Doesn't that sound AMAZING! 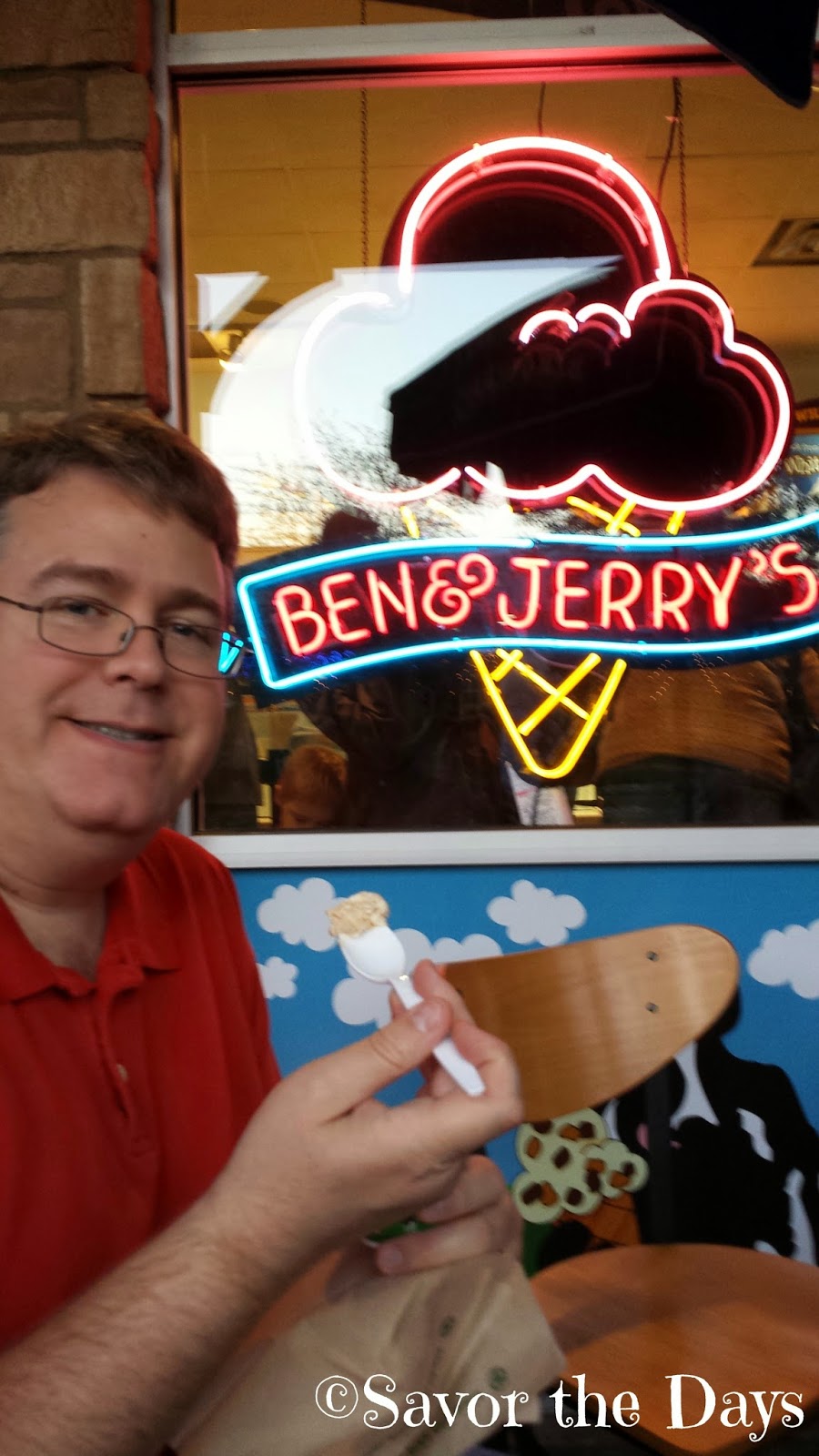 After our indulgent dessert we stopped by Party City on the way home.  Nicholas needed some balloons because tomorrow he is going to be making balloon animals at the homeschool craft show.  As we were leaving, Rachel ran up to this picture in the window and squealed, "Look she's just like me!"  She was referring to the ribbon pin that the girl in the picture was wearing.  As I mentioned earlier, Rachel dug out some of my party supplies and found a blue ribbon pin which she wore all day.  She asked me to get a picture of her with the giant picture! 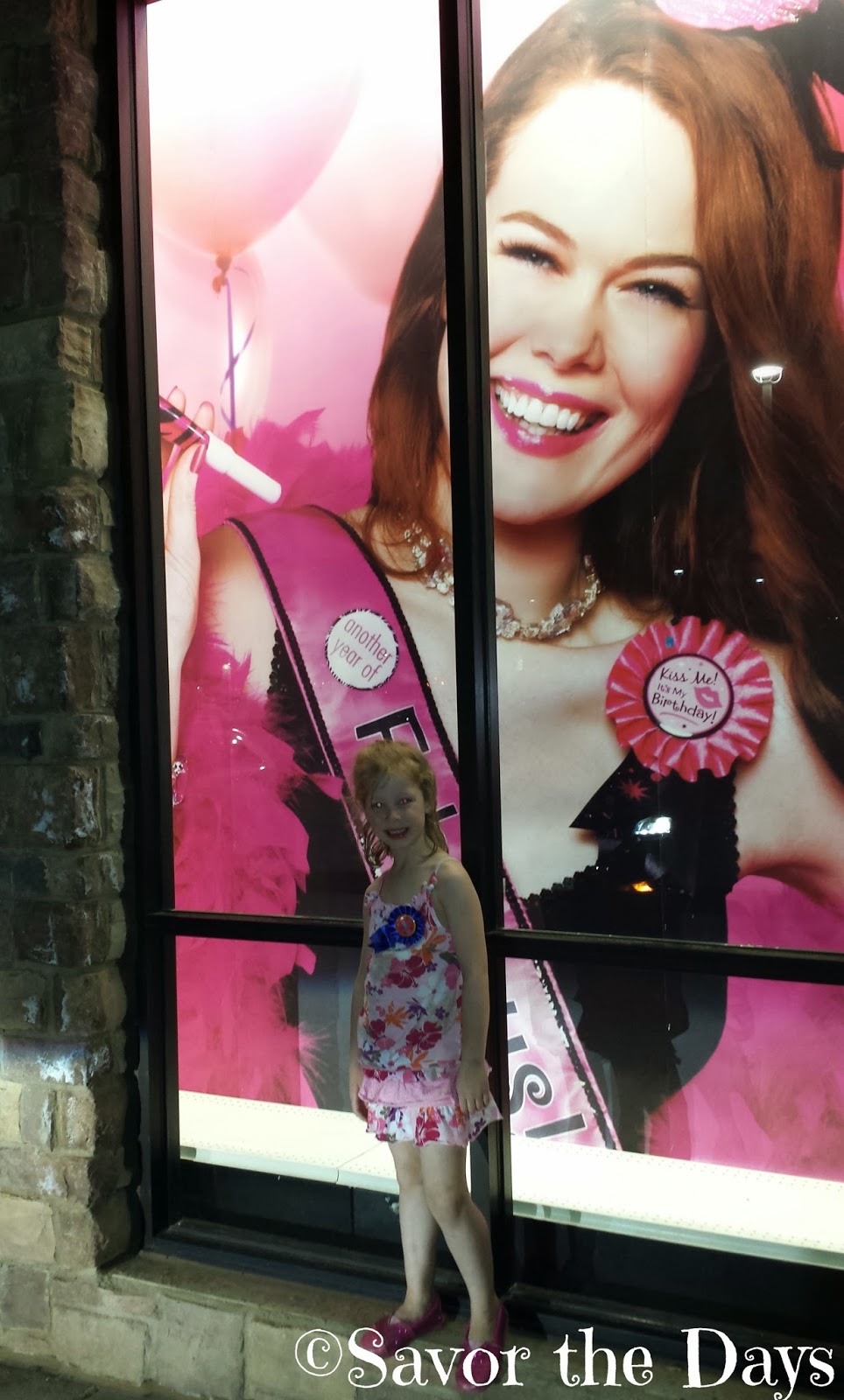 Every day is fun and crazy with these kids!