After our Community Bible Study class, we often go to a local Burger King to play with friends from class.  Today our new friend, Baby Samuel came along.  He is only 6 weeks old.  Nicholas hasn't spent much time around babies but he really wanted to hold Baby Samuel.  He thought it was fun to hold him and he had such a gentle touch. 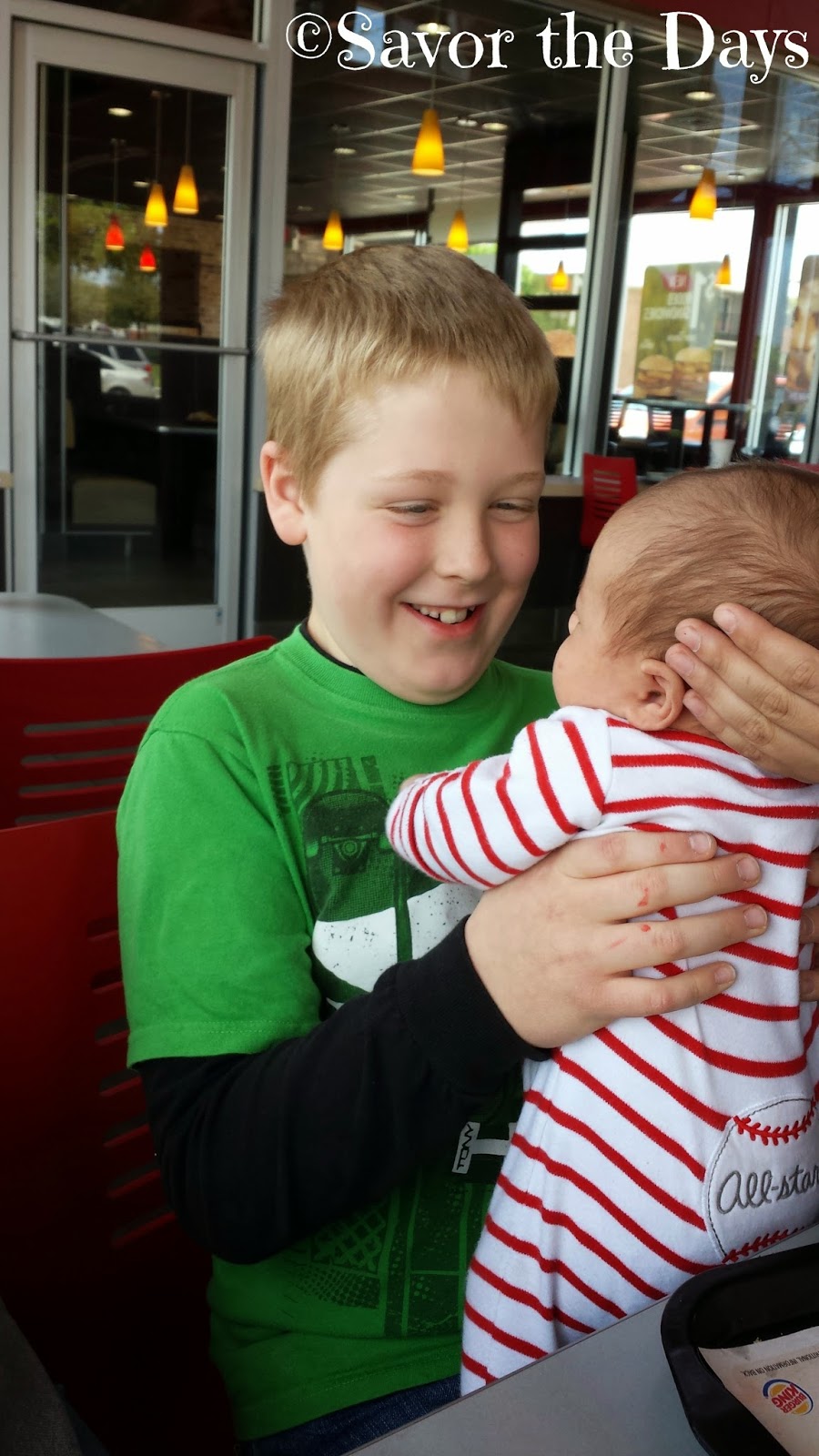 After lunch we went to the park for our usual Homeschool Park Day.  At one point, Nicholas came running up to me saying that another little boy had accidentally stepped on a baby bunny and it was hurt.  He was very insistent that we had to do something.  He had heard the bunny squeal when it was stepped on and it really upset him.

I got another mom to come with me and we checked it out.  It was a very young baby that still had the white spot on the top of its head.  We have wild bunnies that run through our yard every day so we have learned a little about them.  The white spot means that they are really too young to take care of themselves and need to be with their mommy. 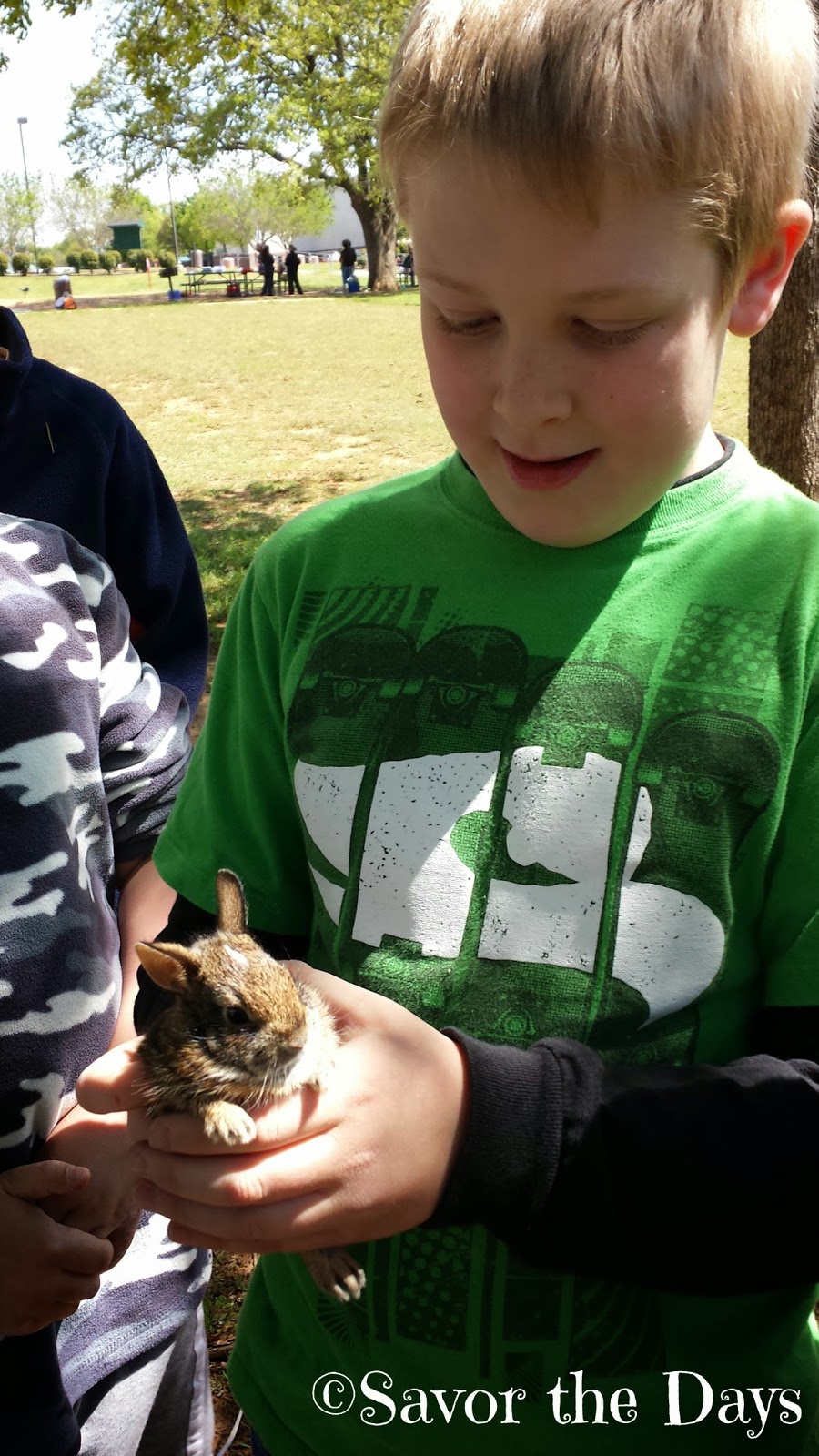 The other mom held the bunny and determined that it had a broken leg.  We talked to some of the other moms and found someone who has a friend who works in wildlife rehab and another friend who is a veterinarian so she volunteered to take the bunny home and try to get some help for it. 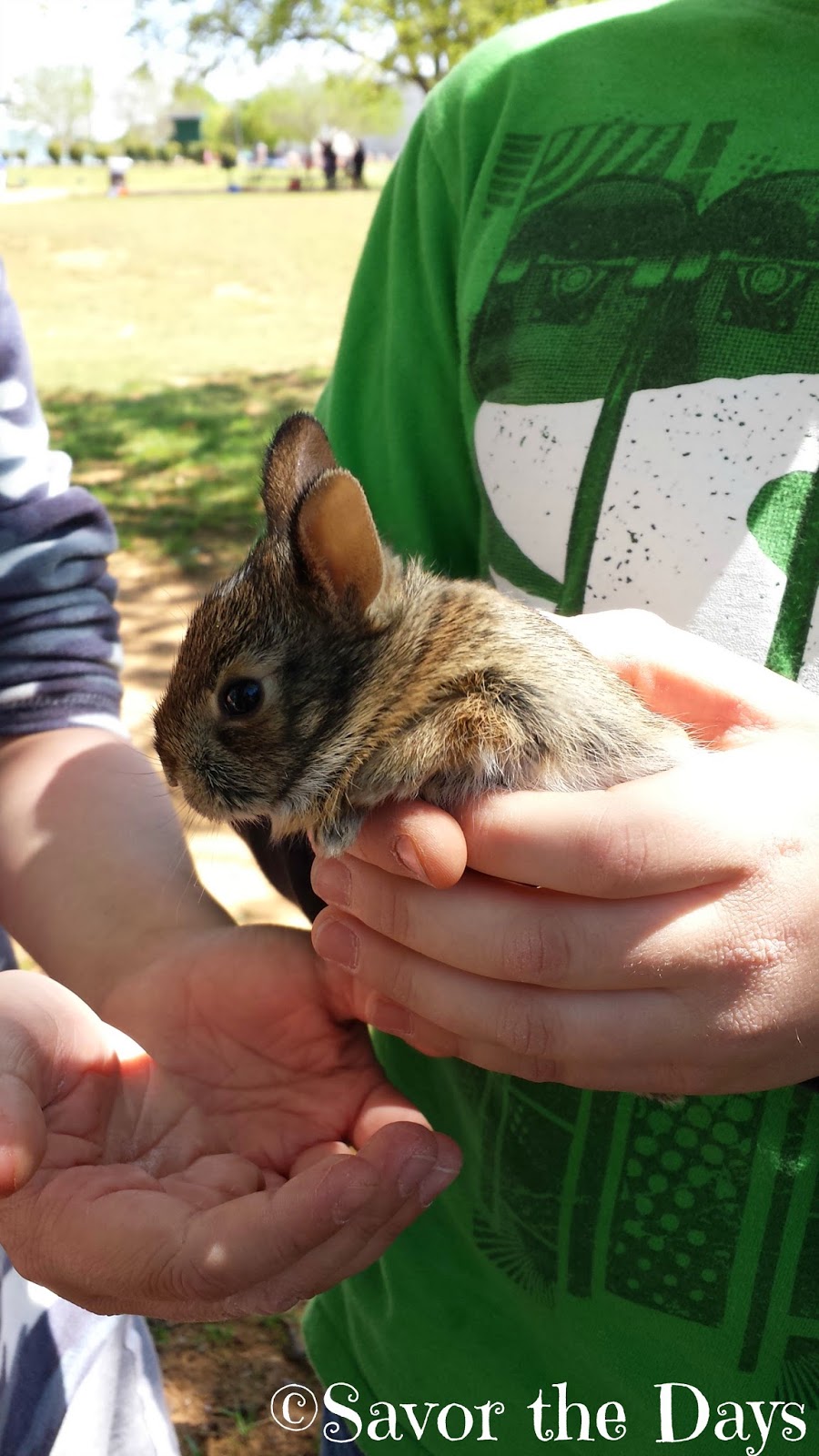 Nicholas has still been worried about the bunny.  He has such a sweet heart and a gentle touch when holding little ones.
at April 16, 2014
Email ThisBlogThis!Share to TwitterShare to FacebookShare to Pinterest
Labels: animals, friends, homeschool, park